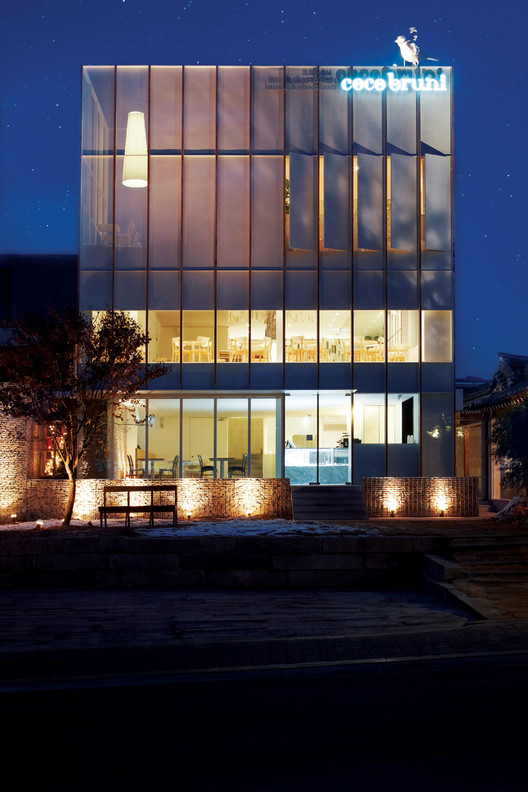 Text description provided by the architects. Cocobruni consisted of newly comprised modern main building and Korean-style annex building has been reinterpreted as a space where the past and the present have communicated by using sensible and physical factors. In addition, the traditional values has been tried to be released through modern interpretation with considering local property having time. We have attempted to specify a image with visual devices using a motive(bird cage) connected to “Bird”, a symbol of Cocobruni.

We have made an effort to achieve an proper balance with the design reviving the local property that only Samcheong branch has and united design that a franchiser should have, and balance between Korean-style house and modern building, with admitting and supporting each other.

Cocobruni is divided into 3 floor building that can be a clean canvas and the Korean-style house next to it. Seen the architectural conditions having always the sky on the background, the bird, the symbol of Cocobruni, has been mounted on the top of the building. Now, the bird of Cocobruni has been even intented to be a mascot of this district.

This building has been expressed to have a different figure day and night. Although its outer shape is a white solid building by day with sunshine, the void parts come alive once the lights has passed through a hole in the punching metal that has enclosed the building at night. Gabion Wall can connect between the outer part and the inner part as leading movement.

Up to the space in the 2nd floor, the birdcage is used as a display factor. With the birdcage, the papers of Oxford Dictionary has been displayed in the condition of being dried after soaked. Again, with the Oxford Dictionary, another type of a book has been used for the space, attached as it is after cutting the side of the book. Going up the 3rd floor, the skirt of In-wang Mountains stretches out of the window. In the space in the floor, of which smoking room has been finished with punching metal, the scenic panorama of In-wang Mount ains comes into view. 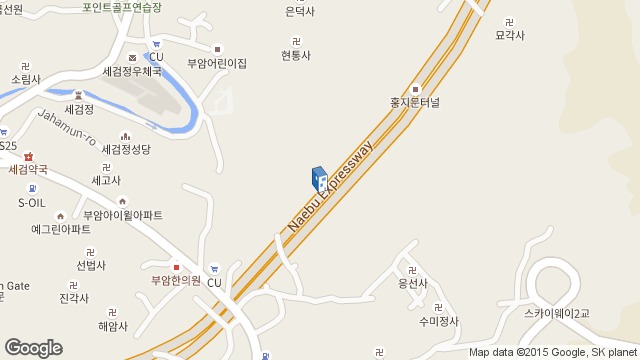