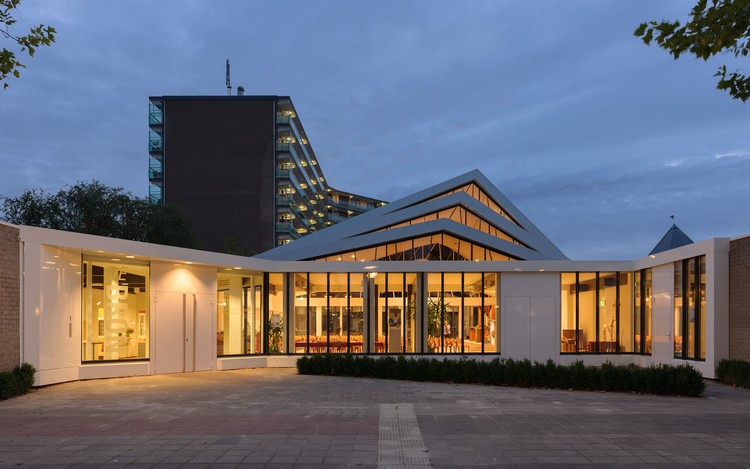 Text description provided by the architects. A protestant church community in a 1960’s neighbourhood of Amersfoort decided, because of decreasing numbers of parishioners, to fuse with another church community. To make a new start the church government decided to sell one of the church buildings and give the other church building a radical transformation. The former building was build in the 1970’s and was typical for that time. The building didn’t look like a church, it was quite dark and very low. Because of that the acoustics of the church hall were pretty bad. The church government asked Marco Tavenier of Bureau MT to design the renovation of the church.

He designed a complete new roof, new façades and a new entrance for the building.   The height of the new roof is increasing towards the middle of the church hall in several levels. the shape of the roof segments is based on acoustic parameters. In between the roof segments the daylight streams into the building and give the space a light and sparkling character. Due to the height of the roof the acoustics of the church hall are improved significantly. Also the new façades bring a lot of light into the building, and give it a nice open and welcoming character. The facade has a strong white frame around it, which combines logically with the white roof edges of the new roof. By this frame the embracing space of the front yard is emphasized. The new entrance of the building is incorporated into this frame.

The steel construction of the roof is incorporated with the vertical glass parts in-between the roof segments. The diagonal beams of the steal construction is placed in an at random pattern, similar to the branches of a tree. This pattern, together with the height of the roof and te windows gives the atmosphere a modern interpretation of a gothic chapel with leaded windows.   The materials and colors of the interior are quiet and natural, so the experience of the daylight is maximized. In one of the walls there is a white pattern with wooden panels behind it. This pattern and panels do have an important function in the acoustics of the church hall. The pattern is ‘lend’ from a piece of art in the other church building which has been demolished.

The architect gave the pattern a new life in this renewed building. Nice detail is that the panels of which the pattern is made off, are made by parishioners themselves.   Special attention has been given to the re-use of existing materials and elements, like the floor finishing of the church hall, the furniture and lighting armatures.   The church government is very happy with the transformation: “It feels like a complete new building and it gives the church a very recognizable place in the neighbourhood. Besides that, the whole process of transforming the church gave new energy to the church community. Not only the building, but also the church community itself is renewed and refreshed by this project”. 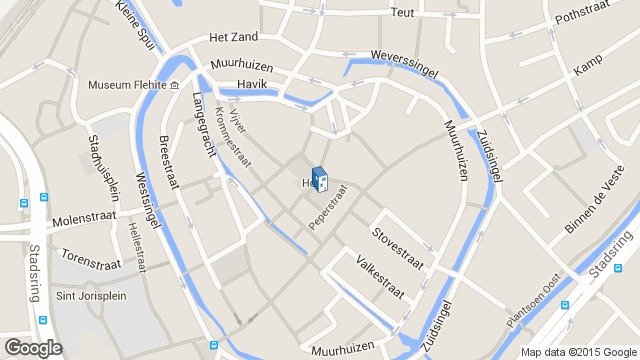 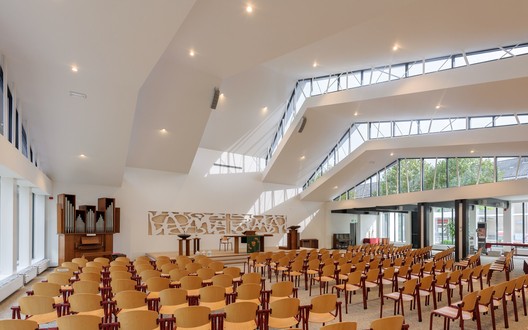