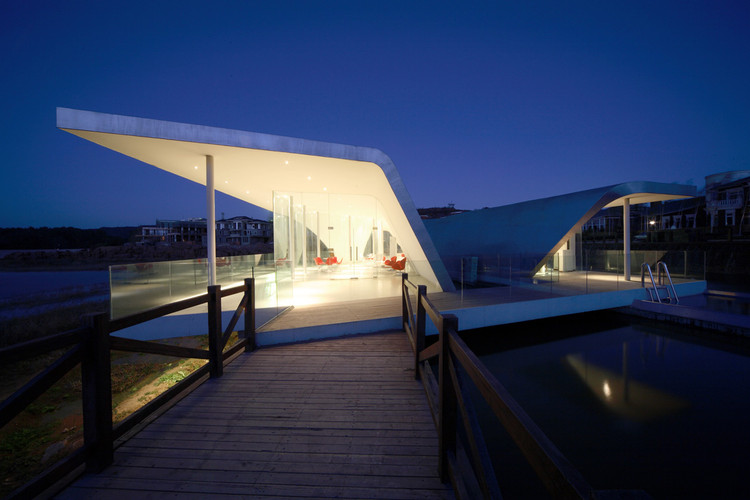 Text description provided by the architects. The expansion of Beijing city has intensively accelerated the development of its periphery area for the last few years, which thereby helped develop the first space typology in China. In the meantime, the suburbia emerged gradually. Enclosed by grand natural environment, Hong Luo Villa district is a popular residential area in north Beijing‘s Miyun-district, which is within one hour's drive away form the heart of the city. As Hong Luo's popularity keeps growing, the promise of its rapid development in the foreseeable future has attracted huge investment into the district.

Hong Luo Villa district is a three-phased project. The sites for each phase are allocated along Hong Luo Lake, reflecting the grand view of the mountains sitting behind it. Hong Luo Club floats on the lake, creating an easily accessible public space at the center of the district.

A wood bridge was introduced as an access to the Club House. The house has two branches, one is a swimming pool floating on the lake, the other is an underwater platform. The architectural form is shaped by people's circulation. Two major roads converge at the center of the house and reach all the way up along an ascending roof. The ever changing water surface joins the ascending roof, expressing the transition from liquid to solid. The space structure and the functions of the house are integrated naturally.

The main access to the house will bring the visitor to 1,300 mm under water, where people feel like walking in the lake. The access road ascends to the ground level gradually as it nears the house, which reveals the main function of the building -- a gathering space. The roof shape is a projection of the linear, functional organization of the ground level's program. The outdoor swimming pool is built into the lake, which keeps the surfaces of the natural and the artificial water at the same level. The architecture explores the city dwellers' understanding of the nature.

Hong Luo Club House creates an ever changing space that echoes with the surroundings, where people and the nature are united. The mountain and the water provide hope and inspirations for people who live in concrete woods. 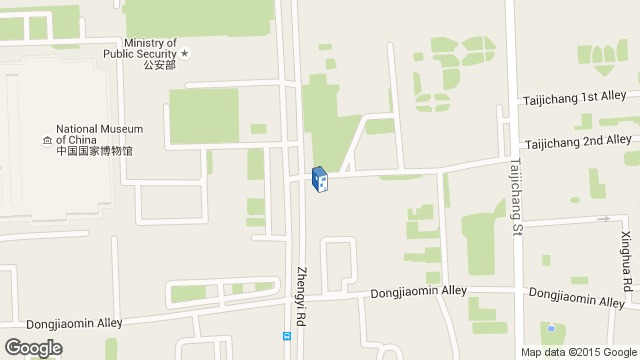 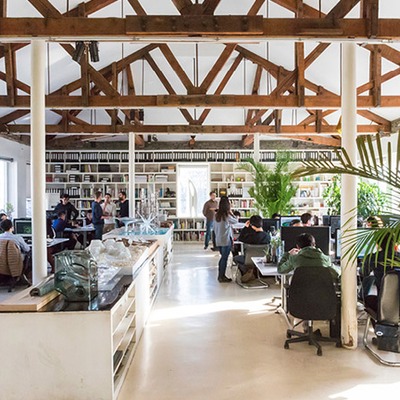 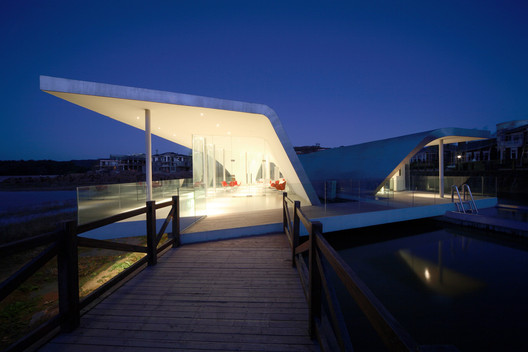