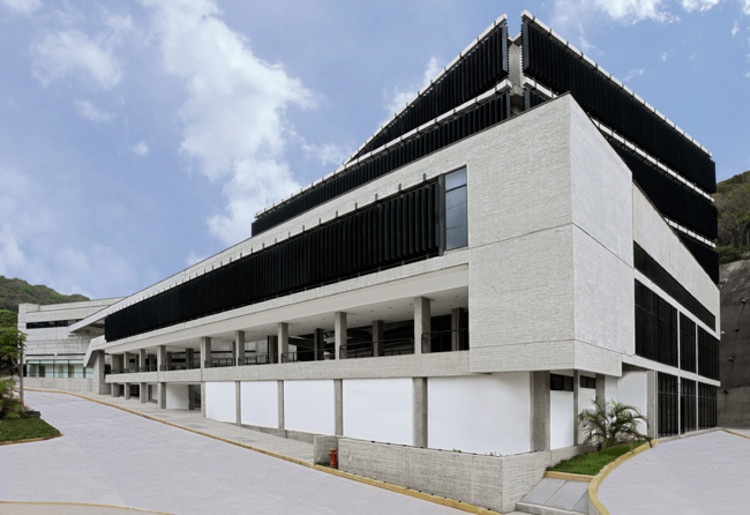 Text description provided by the architects. The new Vaccines Production Laboratories and Administrative buildings of the Venezuelan National Hygiene Institute “Rafael Rangel” are part of a group of new buildings within the Ciudad Universitaria de Caracas. The project started as a competition organized by the architecture faculty of the Universidad Central de Venezuela and included a shortlist of emerging architecture studios. The project from architects Roberto Puchetti and Max Rengifo was selected as the winning scheme.

The brief included very different programmes for each of the two buildings; the Vaccines Production Laboratories and the Administrative Building. This triggered the idea of two volumes that clearly represent their programmatic purposes. A hermetic concrete box was designed to house the laboratories and technical floors while an open and articulated glass volume protected by a metal sun screen was proposed for the office areas. A third element was also proposed to balance the composition, an “arm” to link the other two buildings.

The Vaccine Production Laboratories was designed with the understanding of the complex process of vaccine production. Access control, personnel movement and product management as well as flexibility are key elements to allow for the future adaptation of the laboratory spaces due to constant changes in technology. By using 2.2 m high concrete Vierendel beams spanning the columns at the perimeter of the building it was possible to create column-free floor plates which allow for easy spatial transformations when technologies and product methods change. Above each laboratory and within the 2.2m space between the Vierendel beams a technical floor was proposed to house all the services (ductwork, pipes, filters, distribution boards, etc). This allows for an independent maintenance regime without disturbing the production processes. The technical floors not only act as a support for the services but also as structural frame for the building.

The vertical stacking of the three laboratory levels served by three technical floors was considered at the time the project was proposed to be an innovative idea by the consultants from the World Health Organisation based in Butantan Institute in Sao Paulo, Brasil.

The Administrative Building was designed as an open building in which open plan offices granted flexibility as well as long unobstructed internal views. Solar heat gain control is achieved through the use of metal screens located in front of the glass façade. This not only improves the performance of the cooling system but also offers a filtered natural light to the office environment. The elevation has been carefully designed to incorporate high level operable windows to allow natural ventilation when desired as well as natural night cooling while avoiding direct air drafts to the offices desks.

The main lobby, located at the east end of the building, is an open space with direct access to services and vertical circulation. The movement along this multi-storey space allows framed views to the university campus which focus on the university hospital, the most important building of the health and research complex of the campus.

The third element of the composition is a low level building that minimises the impact of the scale of the complex towards the street. The vertical space in between this volume and the office building encloses a quiet internal garden where the sunlight filters through the vertical and horizontal brise soleils. This element also forms the threshold to the entrances of the buildings.

The university campus was the starting point for determining the language and ideas presented in the complex. From the urban point of view, the positioning of the buildings on the site was inspired by the strategies of other campus buildings. The spaces in-between buildings were designed as quiet areas for access and gardens to create interesting perspectives and focal points. The covered walkways, a fundamental element of the campus urban design, were reinterpreted and transformed into a building while maintaining the function and characteristics of a covered link.

Other aspects refer to the materiality of the campus buildings. The closed or “blind” elevations of the Central Library or Aula Magna Buildings were references for the Laboratories. In contrast, the open or “perforated” elevations of the Architecture and Materials Engineering Faculties were applied to the Administrative Building. The use of exposed reinforced concrete not only in structural elements but also in architecture elements such as walls, staircases and pergolas results in an architectural composition where the formal expression is indivisible from its materiality.

During the project stages of these new buildings, the university campus of Caracas was in the process of being listed as an UNESCO World Heritage Site. Therefore the proposal was presented to the “Plan Rector” of the Caracas university campus (university campus’s masterplan committee) and to the Instituto de Patrimonio Cultural (Cultural Patrimony Institute). The former represented by the architect Gorka Dorronsoro and the latter by Juan Pedro Posani. With this it was possible to maintain the conformity of these new buildings with the rules of the UNESCO’s listing. 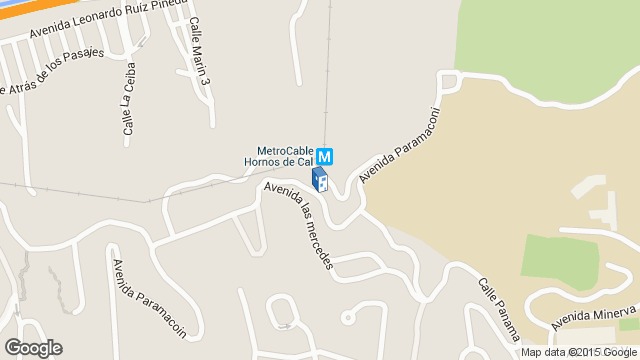