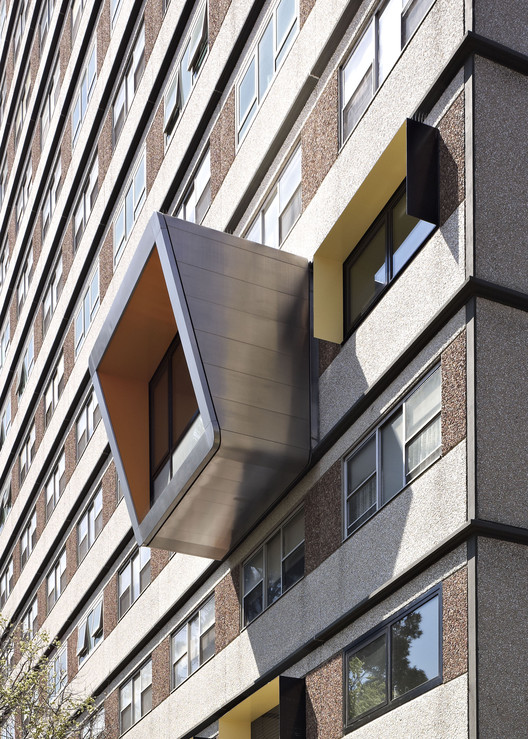 Text description provided by the architects. This project consists of a new facade element inserted into an existing 13 storey, public housing tower in Melbourne’s inner city. Effectively a residential extension, albeit elevated three storey’s above the ground, the project employs standard construction methodologies and relatively small gestures to big effect.

· Improve the environmental performance of an existing high rise building (one of the many original Housing Commission Towers built throughout inner Melbourne in the 1960s and 70s)
· Enhance the amenity of the building for occupants, and
· Improve the external appearance of the tower

This project represents a pilot or prototype for the aspirations of the original brief. The design approach was to avoid merely cosmetic strategies for improvement in favor of an ‘inside-out’ approach, with primacy given to re-engendering a human scale to the tower and its ‘livability’ for occupants.

The new addition not only articulates the individual tenancy in contrast to the mute repetition of the existing facade, but also creates a more direct link between the unit and its surrounds by opening up the building’s skin. Internally, sill heights, built in shelving and the connection between existing and new elements were carefully curated to consider a range of possibilities for everyday inhabitation.

The environmental performance of the addition was rigorously modeled and tested throughout the design phase. Integrated sun shading, double glazing and insulation were all employed to dramatically improve the thermal performance of the renovated unit. Access to natural light and ventilation were also maximized, affording tenants better control over their living environment.

Critical to the delivery of this project was the development of an installation methodology that enabled existing residents of the tower to remain in occupation during construction. To this end disruptions due to on site activities were minimised in favour of offsite works. The Hi-Pod was conceived as a pre-fabricated, timber framed structure, with cad-cam technology enabling the lightweight structural components to be efficiently cut and assembled offsite. The structure was then clad prior to delivery for installation. Ultimately, the time taken to embed the pod into the facade was less than four hours from pick up at the factory to installation. 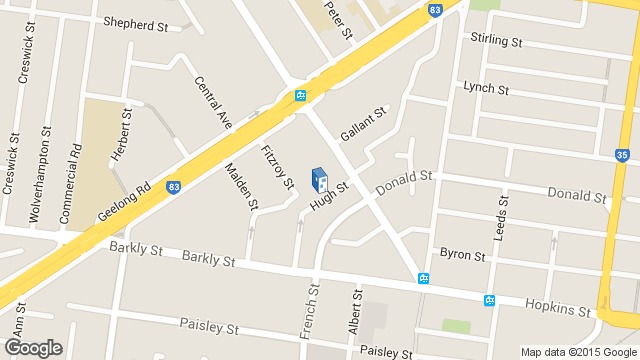