Save
InfoWash / The Design Workshop 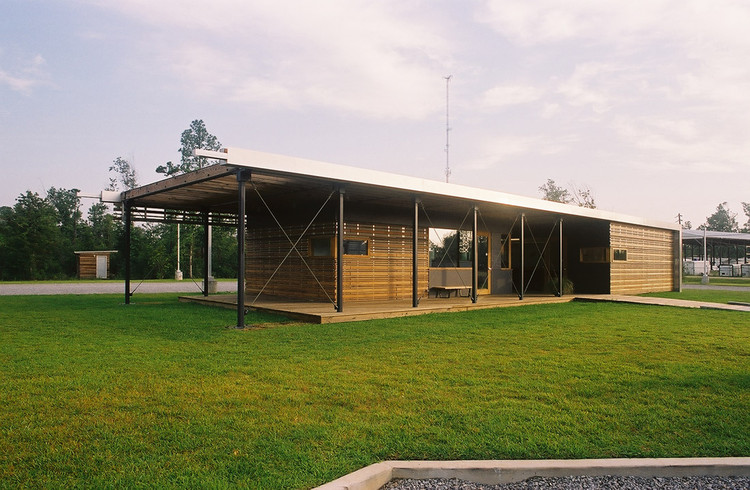 Text description provided by the architects. Designed and constructed by students in an academic design/build program, 39571 InfoWash is a direct response to the devastation caused by Hurricane Katrina in the small town of DeLisle, Mississippi. In an attempt to meet both the physical and emotional needs of the community, the project houses both a 24-hour Laundromat and an organization which provides rebuilding assistance to local residents. The simple task of washing one’s clothes thus provides immediate relief while easing community members into the long and complicated process of reconstruction. Because of its program and context, 39571 InfoWash has a responsibility to provide a physically and psychologically sheltered realm, while at the same time projecting an open and inviting presence to its community.

Composed of two volumes connected by a covered breezeway, the southern side of the building is sheltered by a deep overhanging roof, while a translucent polycarbonate northern wall provides ample daylight to interior spaces and allows the building to glow at night. A panelized wood slat screen attached to aluminum straps wraps both the opaque and translucent walls tying together the program elements while adding a degree of warmth and familiarity to the expression of the facades. Western Red Cedar was chosen as the primary exterior material because of its resistance to insects, its workability, and its natural weathering characteristics.

Combining elements that address the short-term and long-term needs of the community, 39571 InfoWash attempts to offer residents a return to normalcy and provide much needed services once taken for granted.

The project was envisioned by local resident, Martha Murphy, who saw an opportunity to engage the students of The Design Workshop after a conversation with Federico Negro, a graduate from the Master of Architecture Program and a member of SHoP Architects. SHoP Architects were in DeLisle working with Martha Murphy to rebuild immediately after Katrina hit, and provided critical input and support for the Design Workshop project.

The project was the most ambitious effort of The Design Workshop since its inception. In The Design Workshop, a group of students work collaboratively with a non-profit client to design, detail and ultimately construct a project, overseeing all aspects of an architectural project from design concept through to final execution. In the spring semester, students worked with David J. Lewis, the Director of the M. Arch program to collectively research and design the 39751 InfoWash, traveling twice during the semester to Mississippi to meet with the client and members of the community. At the conclusion of the spring semester, the students executed a complete set of construction documents, assembled material orders for the project, and worked with structural engineer and faculty member Harriet Markis to establish the structural drawings.

During the summer, the students had the opportunity to work and learn from Terry Erickson who plays a critical role for The Design Workshop in insuring that the students are able to translate their designs into built form. The students lived in DeLisle in FEMA trailers and were on the job site from 6am to 6pm nearly every day to see the project completed by the end of August, 2006. During that period, the group erected the steel structure by hand, installed structural panels and waterproofing, built and insulated the roof, clad the building in aluminum mesh and stained Western red cedar, and outfitted the interior spaces with custom built interior furniture and wall systems. By early fall, the building was operation serving the community with a needed washing facility and a single point for collecting and disseminating the complex information needed to facilitate the rebuilding efforts of the area. 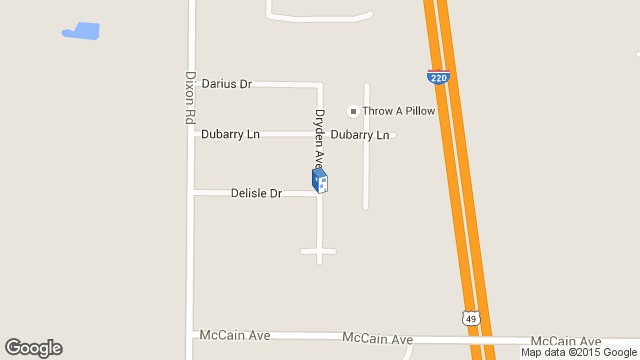