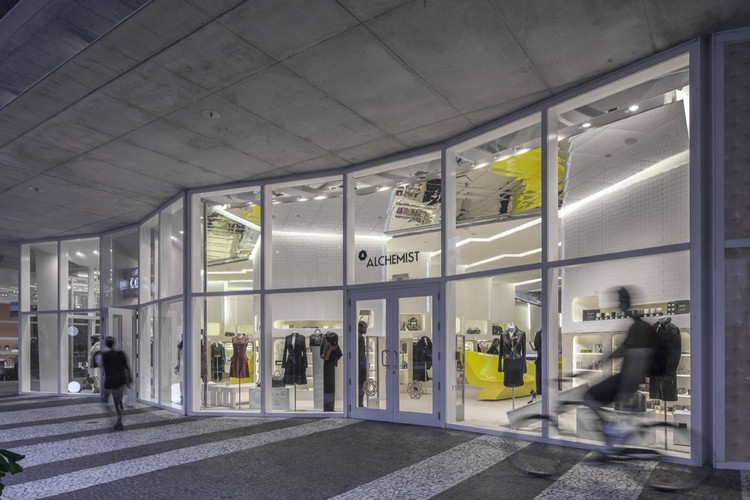 Text description provided by the architects. Founded in December 2007 by Roma and Erika Cohen, Alchemist represents the spirit of the avant-garde focusing on one-of-a-kind artisanal creations. The boutique houses designers such as Haider Ackermann, Ann Demuelemeester, Alaia, Celine, Dries van Noten, Dior, Junya Watanabe, and dozens of other well-edited collections from Paris, Tokyo, New York, London and Los Angeles. In May of 2010 Alchemist opened its space on the fifth level of the award winning concrete parking structure, 1111 Lincoln Road, designed by the Swiss firm Herzog and DeMeuron. The new Alchemist store, designed by Rene Gonzalez Architect (RGA) and located within the same Lincoln Road parking structure as the original Alchemist boutique, has opened to the public. The new concept store, situated on the ground floor, will feature a constantly changing selection of fashion, beauty, and lifestyle items. Owners Roma and Erika Cohen have conceived of this new store to compliment the original Alchemist, which will become more of a gallery space focused on the work of specific designers. RGA's new Alchemist is nearly opposite from Gonzalez's original Alchemist, which blurs the line between interior and exterior, with floor-to-ceiling windows and mirrored surfaces that reflect the sky above and street below. The concept for the new Alchemist is the idea of an insulated box, a cocoon-like space which allows patrons to disconnect from the constant motion, sound, and heat of Miami Beach and to be enveloped in a calming language of motion, color, texture, and light. Melamine foam wraps the ceilings and walls, simultaneously acting as a buffer for the surrounding structure while providing a soft tactile quality that is rarely experienced in architecture. The symmetrical pattern of the saw-tooth walls is accentuated by hidden LED light bands that produce a rhythmic changing composition of color that appears and disappears behind the surface of the foam walls. Gonzalez describes the space as being simultaneously separate and protected from the street outside but "full of its own idiom of sensory information - not only the incredible range of merchandise, but also the architecture of the store is designed to engage the senses. It is a very specific response to the condition of being located on Lincoln Road and the desire to create a sense of separation from that energy." Alchemist carries more than 50 collections of ready-to-wear, bags, shoes and jewelry, including Alaia, Rick Owens, Celine and Givenchy. In this space full of visual information, the Cohens have curated the offerings in the store to include not only fashion and accessories, but also beauty (skincare, candles, and fragrance), cold-pressed juices by Jugofresh, and a section with books and special, limited-edition prints, publications and rare collectibles. Some examples include a signed Patti Smith book, a signed Warhol record cover, and a vintage Keith Haring coloring book from 1981. A Paris Kain video installation and a bench by Zaha Hadid will be among the first works of art on display. While the space is meant to feel separate and protected from the street outside, owners Roma and Erika Cohen describe the energy of Aoyama and Harajuku in Tokyo as one of the primary inspirations for the space. "The fun, fast spirit of Tokyo is one of the feelings that we described to Rene at the beginning of the design process," Roma says. "The idea was to capture this essence and translate it into our Miami Beach environment." 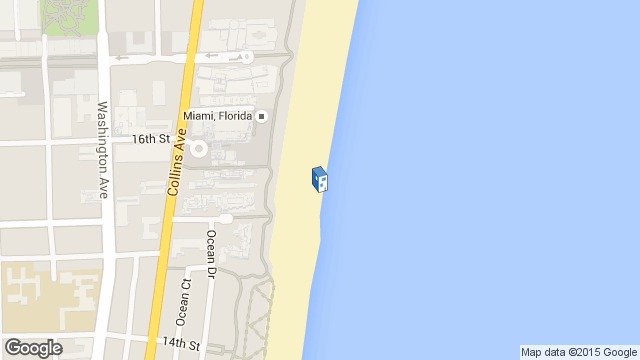