Text description provided by the architects. Since its founding in 1871, Lakewood Cemetery in Minneapolis has served as the foremost resting place for Minnesota’s distinguished citizens. Familiar names like Humphrey, Wellstone, Pillsbury, and Walker are found here, among a long list of local pioneers, heroes, civic leaders, industrialists and art patrons. The private, non- sectarian cemetery is laid over 250 acres of rolling landscape adjoining the city’s historic Grand Round’s parkway system. Lakewood Cemetery’s historical importance and impeccably manicured grounds make it a treasured landmark and community asset in the City’s Uptown neighborhood.

Governed as a non-profit from its beginning, the Lakewood Cemetery Association recognized the need for prudent planning to ensure its vitality for the indefinite future. Despite the broad expanses of Lakewood’s grounds, a mere 25 acres remain available for future development. With an existing 1967 Mausoleum nearing capacity (due largely to the increased acceptance and interest in above ground burial and cremation) the Cemetery’s Board of Trustees commissioned a comprehensive Master Plan in 2003.

The lynchpin of the plan called for a new Mausoleum to expand above ground options for crypt and cremation burials, and to accommodate contemporary memorial rites and practices. The project, a new “Garden Mausoleum” called for burial space for over ten thousand people, a committal chapel, a much needed reception space for post-service gatherings, and new landscaping for the surrounding four acre site.

Challenged with the task of adding a large structure – 24,500 square feet – to a much beloved place, Joan Soranno, FAIA and John Cook, FAIA of HGA Architects and Engineers quickly committed themselves to a strategy that protected and enhanced the cemetery’s historic landscape. A large building, no matter how artful, was bound to detract from Lakewood’s pastoral beauty. Following an extensive site analysis, Joan and John chose to locate the building along the northern edge of a 1960’s era “sunken garden.” By placing the new Garden Mausoleum between the existing, two-story mausoleum on the west and the cemetery’s 1910 Byzantine styled memorial chapel on the east, development is clustered around one location near the cemetery’s entry. This has the benefit of consolidating much of the high traffic and infrastructure to a discrete precinct within the grounds, leaving the vast majority of the original landscape and critical view sheds undisturbed.

Entering the cemetery from the main entry gates, visitors approach the new Garden Mausoleum along one of the cemetery’s many meandering roadways. Pivoting around a mass of towering pines and ancient gnarled oaks, the roadway gently inflects toward the Mausoleum entry – set back from the road with a small turn-around drive. A simple mass of split-faced grey granite, the entry’s chiseled clerestory windows and canted recesses hint at the building’s interior functions and complexity, while reducing the structure’s visual heft.

To the east of the entry, a green roof planted over the lower garden level seamlessly extends the cemetery’s manicured lawn to a newly created overlook. Minimally detailed railings, terrace paving, grass, and Juniper shrubs ensure uninterrupted views to such critical features as the nearby Chapel and the iconic Fridley and Pence monuments. Though essentially a flat lawn, neatly angled grass mounds dot the new turf like minimalist landform sculptures. The projections contain the skylights for the building’s subterranean spaces – a first suggestion to the visitor of the fusion between the building and landscape.

The Garden Mausoleum entrance at street level represents only a small fraction of the total building mass, and includes a reception room and lounge, a small business office, and catering facilities. A full two-thirds of the building lies below, tucked quietly into a south-facing hill and overlooking the lower garden.

At the main entry, framing a pair of bronze doors, intricate patterns of white mosaic tiles trace arcs and infinite loops across billowing surfaces neatly inscribed into the dark granite mass. The contrast of textures – light and dark, rough and smooth, rustic and refined – call upon both visual and tactile senses. The large glass doors, sheathed in bronze grilles that repeat the looping, circular motif of the mosaic tile, usher visitors into a serene space of folded mahogany walls, abundant prisms of daylight and distant views across a newly landscaped lower garden.

A generously scaled stair draws visitors from the entry to the lower garden level. To the west, a sweeping Venetian plaster wall directs mourners to a small chapel for committal ceremonies. Mitigating the committal chapel’s exposure to direct southern sun, tall window recesses are cut at deeply raked angles into the thick exterior wall – a strategy that both moderates the light entering the contemplative space and ensures a degree of privacy for grieving family members.

Returning to the lobby, a simple square opening cut into the rough granite wall marks the threshold between the active and communal spaces of the mausoleum, and the places of burial, remembrance, and individual contemplation. Stretching east, a single long hallway strings together alternating bays of columbaria (for cremated remains) and crypt rooms (for caskets). To the north, chambers are built entirely below grade, with each room illuminated by a single skylight; rectangular openings for crypt rooms, and circular occuli for columbaria. Here, beams of daylight trace arcs across the Alabama White marble walls. To the south, the projecting crypt rooms and interstitial columbaria form a series of intimately scaled courtyards, with each space directly tied to the lower garden’s landscape through large windows.

While geometrically similar, each interior chamber and projecting room is distinguished by subtle design variations that give each space a distinct personality and mood. Inset floors of luminous onyx alternate between honey yellow, jade green, and coral pink. Window and skylight orientations rotate and shift between rooms, variously framing a view to near or distant horizons, up to the tree canopy, or clear blue sky. The design recognizes that in contemplating death – as in living matters – people have diverse perspectives and desire uniqueness. It respects that in designing a final resting place for ten thousand people, individuality, human scale, and a sensory connection to the natural world are paramount.

Material selections draw on memorial architectural tradition as well as Lakewood’s own history. Conventional funerary materials like granite, marble and bronze are reinterpreted within a 21st century architectural expression. The polychrome Chapel mosaics, for example, serve as a springboard for the white marble and glass tile pattern that owes as much to Byzantium and the organic tracery of the Chicago School as it does to geometric algorithms and funerary symbolism.

Included as a significant feature of the Garden Mausoleum project, the redesign of the four-acre site strengthens the connections between Lakewood’s distinctive architecture, while offering a serene setting for both small family services and larger community events. Formal relationships between the Chapel, the existing Mausoleum and the new Garden Mausoleum are reinforced by double rows of Autumn Blaze maple trees, a simple arrangement of walkways and parterres, and a long rectangular reflecting pool. Additionally, a grove of Hawthorne trees ameliorates the existing outdoor crypt walls on the east, while multiple exterior stairs improve access between the lower garden and the adjoining historic burial plots.

The Lakewood Garden Mausoleum, true to the Cemetery’s non-sectarian mission, builds its meaning from the most common and indelible aspects of human experience – the immediacy of light and dark, the immutability of squares and circles, and the echo of stone surfaces. An unabashed 21st century building, the design of the Garden Mausoleum is not going to confuse anybody about what is old and what is new.

Already a remarkable place before the Mausoleum broke ground, Lakewood’s landscape and its small campus of buildings are enriched because it is there – framing a view, completing an edge, and embracing human scale. At this cherished haven within the city, architectural progress meets history with grace and a newfound vitality. 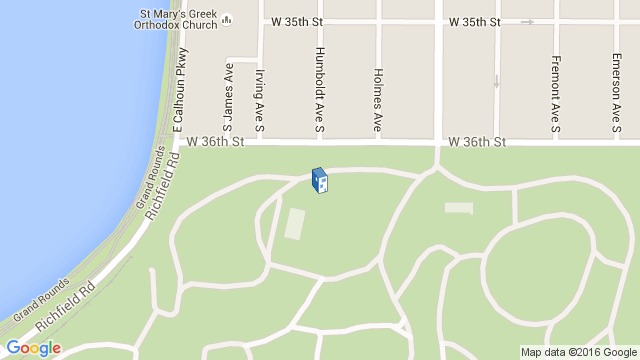