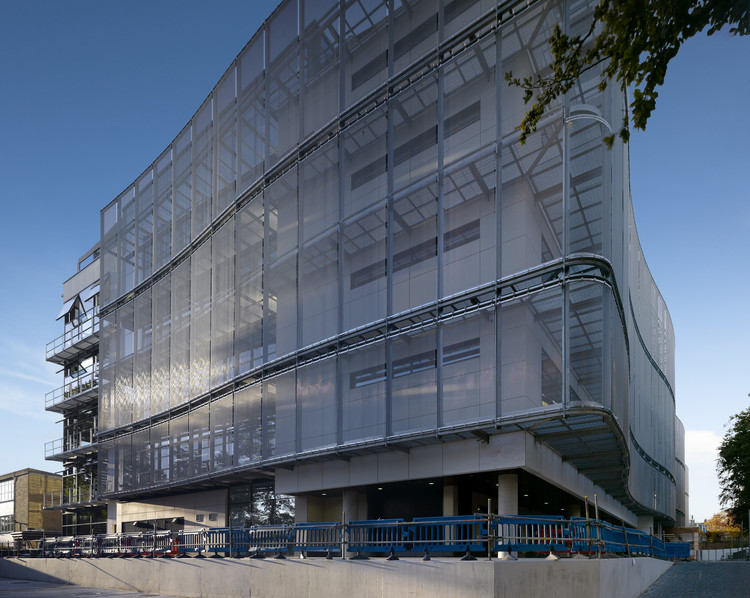 Text description provided by the architects. When it opened in 1958, Holland Park became the country’s first comprehensive and was lauded for ushering in a new era of education but in the decades that followed the school became the byword for all the ills of the education system. In the last decade however, thanks to the leadership and commitment of the staff and the Royal Borough of Kensington and Chelsea, there has been a remarkable transformation in the education standards and the grades obtained, to the extent that the school is now regarded as one of the best state schools in London.

One of the biggest threats to maintaining these high standards was posed by the old school buildings. The existing buildings, spread over a large area by central London standards, were separated by a public walkway and joined by a footbridge. This not only meant that valuable teaching time was lost every time there was a class changeover, but the spaces themselves had become unfit for purpose characterized by narrow corridors, insufficient and cramped classrooms, and a layout that was unsuited to the needs of modern ICT learning. Add into the mix the fact that the 1950’s design took little account of the needs of the disabled, plus the creaking plant, heating and ventilation systems that were in desperate need of replacement, and hard decisions had to be faced.

Repair and refurbishment were considered but the cost involved, the disruption to the school and the fact that both options would still not solve the fundamental space and layout issues, ruled them out. With a new build on the cards, it made sense to consolidate all the facilities within a more compact footprint within one single building, freeing up land to the south that could be sold. Importantly, with the high land values in the area, the subsequent sale paid for the cost of the new school without drawing on any taxpayer involvement.

With the brief to create a building that ‘neither looks nor feels like a school’ Aedas’s design sought to maintain the equivalent amount of external play space while consolidating the internal space and providing a modern flexible teaching environment. The design comprises a large single structure arranged over six levels, oriented north-south and incorporating a full-length central atrium which provides the social hub with teaching wings on either side, as well as enabling natural light to stream deep into the interior. The general classrooms are located on the quieter east side of the building while the larger specialist classrooms and noisier sports facilities are located on the west side of the building facing the neighbouring park.

Shepherd Construction began work on the17,000 m² school in February 2010. One of the main challenges was the need to minimise disruption to the school environment necessitating a four-phase construction programme comprising demolition of the old teaching block, main build, demolition of the remaining buildings before landscaping and creating the playing fields and basement car park. The 1,500 pupils and 100 staff were relocated into high standard temporary accommodation comprising a four-storey fully fitted out 156-module classroom block and two-storey 14-module reception unit. This enabled early demolition of some of the teaching areas. Tight logistics, particularly with restricted access to the western elevation, and the proximity of residential housing close to the site also presented challenges to the site team.

After completing the first demolition phase, the piling programme commenced with secant piles around the perimeter of the site and strategically-placed load bearing piles being put in place before ground anchors were installed to support the 25 x 10-metre swimming pool. Plant positioning and storage were critical at this stage and required close communication between the subcontractor Balfour Beatty Ground Engineering and the follow-on trades to ensure accurate information was relayed. Around 4,000 tonnes of bricks and concrete from the demolition phase were re-used to form a rubble matting for the piling rigs, which saved 400 lorry movements having to be made if the material had been transported off-site.

To keep the residents closely informed about the next steps in the construction programme the team organised frequent newsletter drops and meetings. This was particularly important during the bulk excavation of the basement to create the swimming pool, sports hall and dining area, when more than 2000 loads of muck were removed. A rigid traffic management system was devised and to keep the roads clean a wheel wash facility and the services of a road sweeper were employed. To provide additional benefits to the programme, M&E specialist SES used the company’s prefabrication facility, SES PRISM to full effect on the project. With more than 25,000m of services within the prefabricated modules, and completely modularised plant rooms, skids and risers SES was able to significantly reduce the number of hours spent on-site as well as enhance commissioning certainty. The design of the building incorporates a steel frame on the west elevation to facilitate the long column-free spans for the sports hall, and a concrete frame on the east side. Given the school’s location within a conservation area and adjacent to the borough’s largest park, Aedas’s design focussed on creating a sympathetic relationship with local residential buildings and accentuating the connections with the park. This was achieved, in part, through the addition of a striking façade made up of copper, brass and bronze which adds character to the building and integrates with the heavily wooded nature of the site. A curved brise soleil softens the impact of the large building and also fulfils its primary function of substantially reducing solar gain and glare.

The environmental performance of the building was a major consideration and resulted in the installation of low carbon technologies such as a ground source heating exchange system, CHP boiler and rainwater harvesting tank. The building’s orientation, massing and iconic louvres prevent excessive heat gain into the classrooms and atrium, while a high thermal mass and BMS controlled night purge ventilation reduces the need for cooling. Construction of the new facilities completed in September 2012 and despite standing on a smaller site the new school is larger than its predecessor as a result of a more efficient design and innovative use of space. Together with the atrium, the glazed interior walls and open spaces have created the transparency that the school was looking for, and sufficient informal areas for social interaction.

The basement houses the four-court sports hall, swimming pool, fitness suite, dance studios, food technology workshop, dining area and changing facilities. The ground floor layout includes the main entrance, administrative and meeting rooms and assembly hall while the first floor houses the learning and resource centre with ICT facilities, flexible classrooms with dedicated storage, science laboratories and sixth form area. The remainder of the 36 classrooms are housed on levels two to four together with specialist teaching areas for science, art, drama, design and technology, ICT and music, and social areas.  The staff room and outdoor terrace are located on the fifth floor. To match the needs of modern tech-savvy students, IT connectivity has also been built into the fabric of the building enabling meeting points and quiet study areas to be located throughout the school.

Construction has now turned to the demolition of the remaining buildings and the creation of the external spaces, which will actually increase when work completes in 2013, again through a more efficient layout. Instead of the areas of tarmac that used to form the outdoor pitches, a multi-use games area the size of four tennis courts will be created together with a synthetic turf all-weather sports pitch and informal covered play and teaching areas. Since opening the new school has been well received by staff and students alike. Colin Hall, Head of Holland Park, said: “We think our new building is ‘iconic’, dynamic, original and wonderfully constructed. It is a new London landmark, setting a new standard for such public buildings. “We have every confidence that our students will imbibe its splendour and repay the investment by continuing to succeed so spectacularly. It is a splendid moment in time to begin a new chapter of history in the new Holland Park School.” 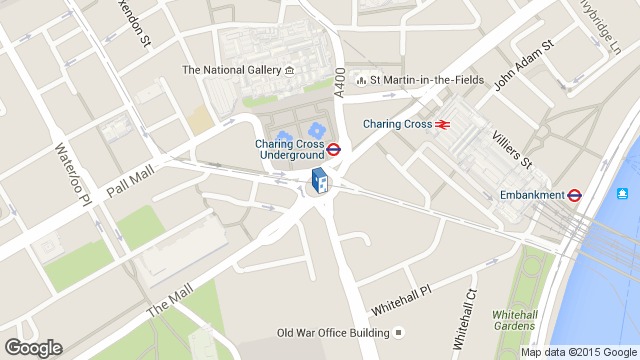