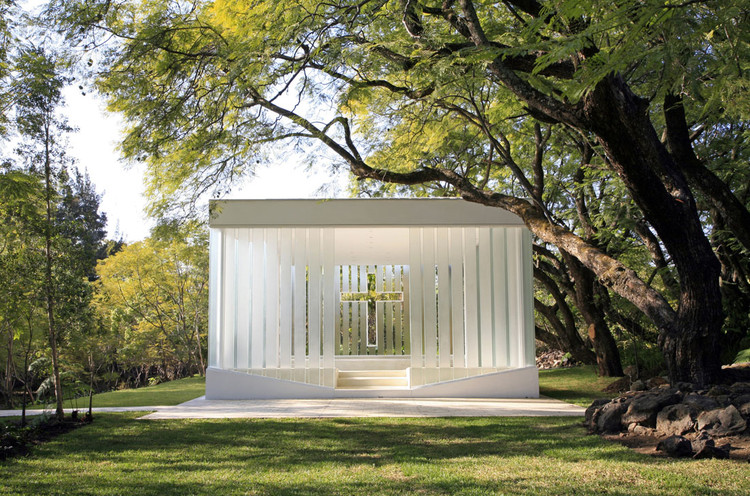 Text description provided by the architects. La Estancia Wedding Gardens are located in the town of Cuernavaca, an hour drive south of Mexico City. The gardens were conceived in a traditional mexican baroque colonial style but a chapel was never included in the program, so all previous weddings took place under a light canvas canopy roof. It was when one of Bunker´s associates decided to marry in these gardens that it was made known to us the client had been toying for some time with the idea of building the chapel. When he found out a young architect was getting married in his garden the commission to design and build the chapel was granted for what we thought was an almost ridiculous caprice: the client thought very romantic the idea of an architect designing the chapel he would get married in. That was the last thing he found romantic in the endless subsequent discussions that followed.

He imagined a chapel in the same style of the gardens. We were all against styles. He wanted a classical approach. We were seduced by the “modern”. He desired to blend in. We believed in contrast. He preferred a closed wall chapel. We craved an open chapel. He was eccentric. Ok, in this we coincided. He required air conditioning. We disapproved of the idea given the size of the project… Bunker gradually won every point with eloquent, persuasive and almost stoical arguments. In the end, we did complete the chapel, inaugurate it with a wedding and it became the clients´ pampered and proud new offspring.

A crystal chapel in a warm tropical climate seemed like a contradiction in terms. The green house effect appeared to be something we could not elude. We decided on using U-profiled glass panes that are meant to work together as a single membrane. To separate them as single auto-bearing units, to reduce temperatures during the day, made them fragile and vulnerable. The contractor had never been exposed to this idea but was willing to give it a try. The construction went along as planned and our experiment proved successful. With this, we achieved a well ventilated space and a visual play between the interior and exterior.

The site for the chapel was carefully chosen within an enormous area of abundant vegetation. We selected a location that would not require the removal of any of the existing plants or trees, under large jacaranda trees, which form a natural arch over the chapel and provide it with ample shade, thus reducing temperatures during the day. We strived to bring about the least possible impact on the site.

The chapel was conceived as a box and compressed to form a peaked roof. Different shapes were traced on its lateral facades to form a prism which was then subtracted from the main volume. We covered the four facades with U-profiled glass and spaced each piece 10cm. apart from each other. In the altar façade, a cross was outlined and subtracted from the glass veil creating a window that looks out onto the surrounding garden. Exuberant vegetation permeates through the glass lattice walls thus creating a graceful and rhythmical dialogue between the artificial and natural environment. 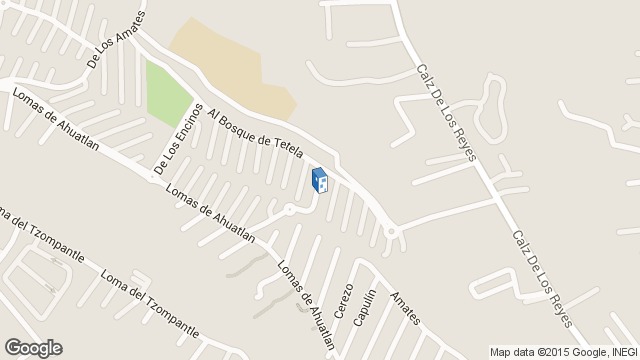 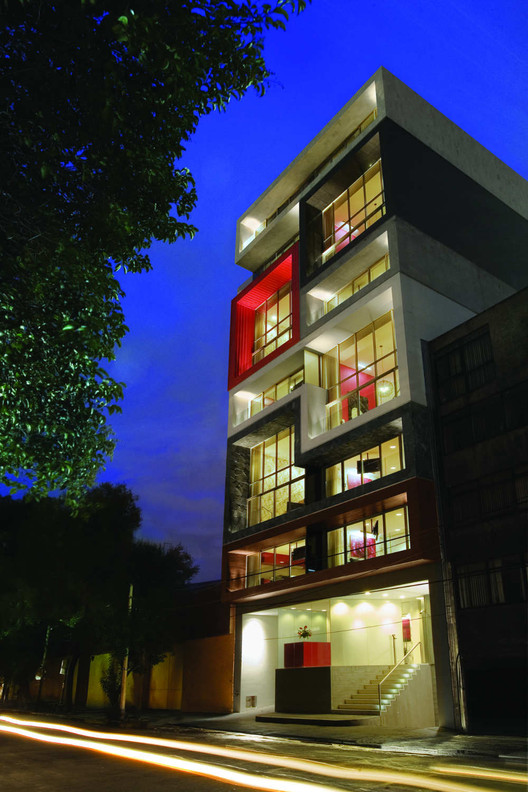