Save
Cooled Conservatories at Gardens by the Bay / Wilkinson Eyre Architects 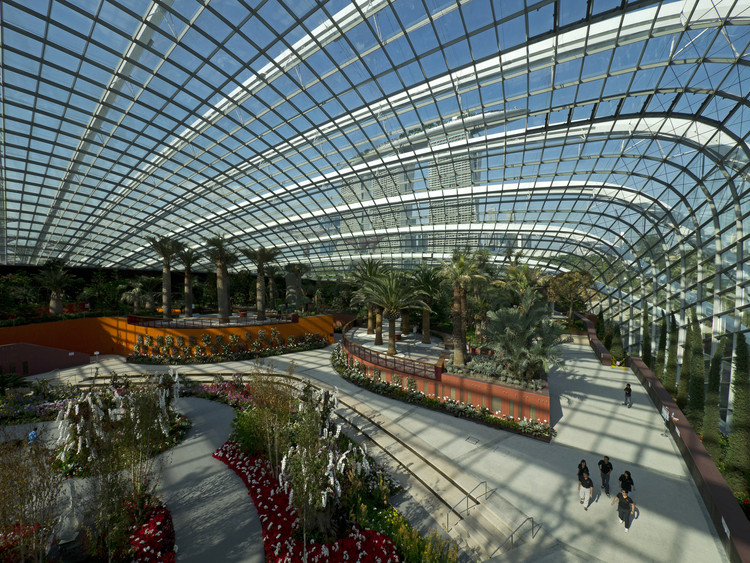 Text description provided by the architects. Two of the largest climate-controlled conservatories in the world have been constructed as the architectural centrepiece of Singapore’s new 54-hectare Bay South Garden, the first completed part of the spectacular Gardens by the Bay project.

Designed by the acclaimed architectural practice Wilkinson Eyre Architects, the glass and steel cooled conservatories bring the climates and plant life of Mediterranean and Cloud Forest regions to tropical Singapore. Highlights of the attraction include an indoor waterfall, a perpetually flowering meadow, cascading levels of vertical planting and high level walkways through and above the tree canopy.

The curvilinear conservatory structures have been designed with sustainability as a starting point, with every consideration given to passive climate control techniques. A computer-controlled shading system and carbon neutral cooling technologies have been integrated into the fabric of the building to efficiently maintain the climate within./

The £350 million Bay South Garden, one of three Gardens by the Bay projects initiated by the National Parks Board (NParks) in Singapore, opens on 29thJune 2012. Wilkinson Eyre Architects led the design for the cooled conservatories, whilst the overall scheme was masterplanned, and surrounding landscape, designed by Grant Associates. Structural engineers Atelier One, service & environmental engineers Atelier Ten, quantity surveyors Davis Langdon & Seah and interpretation & exhibition designers Land Design were also part of the British-led design team, which was appointed in 2006 after an international competition.

Grant Associates has overseen the design of the towering forest of ‘Supertrees’ to the south of the conservatories, which take the form of plant-laden structures up to 50 metres in height that provide pleasant shade while collecting solar energy and venting waste heat from the complex.

The cooled conservatories jointly enclose an area of over 20,000 sqm and reach a height of 58 metres above the shore of the bay. Bay South Garden is built on reclaimed land and, in the absence of a natural landscape, the conservatories are landmarks that prominently address both the bay and the skyscrapers of densely urban districts that will surround the garden.

Paul Baker, Director with responsibility for the project at Wilkinson Eyre said: "Sustainability was our starting point for Bay South Garden. To house an organisation focussed on preserving ecology in a building with a huge carbon footprint caused by air conditioning would have been madness. Completing the Conservatories is an extraordinary technical achievement, which wouldn’t have been possible without the comprehensive design brief, the vision of NParks, the expertise of our partners and the close working relationship we enjoyed. In my opinion, our design represents an unprecedented integration of sustainability principles into a structure of this size.This is a remarkable project with staggering ambition. It will play a big part in Singapore’s future, not just as a centre for trade, but also as a travel destination.”

Address:Gardens by the bay, Singapore 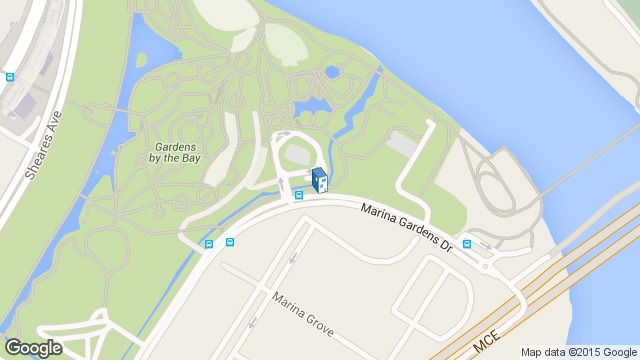