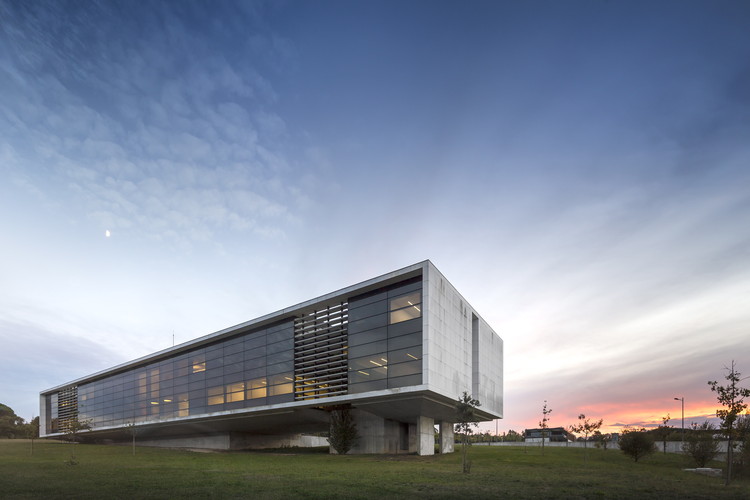 Text description provided by the architects. The siting of the building on the land results from a previous urban study for a 220,000m2 plot of land where Agros wished to concentrate its headquarters and all its geographically dispersed support services.The new space would also contain a number of other social, recreational and cultural facilities, and should focus on the relationship and involvement with nature, a concept that underlies the company's activity.

The visibility that was required for the Company’s Headquarters pointed to a location as close as possible to the A28 motorway which borders the land to the east, completing, in turn, the main axis that was created as a structuring road for the perimeter.

While our client wanted to stress the strength and representativeness of Agros UCRL as a union of cooperatives that has steadily grown over the past 60 years, striving towards the development of Portuguese agriculture, with a new headquarters symbolised by a tower, the Municipal Master Plan for the site defined the limit of the ground and first storeys. For us, the building should be a reflection of the levels of demand, rigour and modernity of this company which somehow surprised us, as it is characterised by the use of cutting edge technologies to support its milk production. It presented us with a great challenge, and we wanted to respond with a building design that would also be notable for its structural boldness, and this posed an even greater challenge for the engineering design team that supported us throughout the process with persistence and technical competence. As a way to circumvent the urban planning constraints on its height, we proposed that the building was read as a "recumbent tower" but without relinquishing the importance and symbolism that a building of these characteristics presupposed.  The building is defined by the length of a pure parallelepiped two-storey mass, highlighted by its longitudinal dominance, accentuated by its 8m overhang the length of the east façade and by its partial suspension over the green space that surrounds it. This 3,200m2 building "rests" lightly on a base at the west/south, which forms the car park, and is clear of the ground, remaining surrounded and traversed by nature’s greenery and only resting on an emergency staircase that simulates a large pillar.

The access is centralised and served by a large ramp which leads to the entrance marked by a large, double height, exterior, covered lobby. The building’s internal organisation is very clear and disciplined. The programme comprises four functional units - the three Departments and the Administration, which are laid out in an almost symmetrical plan on two floors, divided into two wings, north and south.  All the common services and the accesses to the two wings of the building are located in the centre. The double heights that characterise the common access areas provide the transparency and interaction between the various spaces of common use, which gives them a greater dynamic. There is also an outdoor, tree-lined, semi-closed patio in each of the two wings of the building, which streamline and strengthen once more the architectural proximity between the overlapping departments. These patios that serve to mark the relationship with the surrounding countryside also prevent circulation becoming too internalised, and this benefits the lounge/waiting areas that precede the areas designed for the heads of the various departments.

The building’s sober but expressive visual combination of exterior finishes also has underlying symbolism. The pure whiteness of milk, the essence of Agros, is achieved with Estremoz marble that sets off the density and transparency of the dark grey thermal glass, resulting in a differentiated set of contrasts, reflections and light interplay throughout the day that give a dynamic expression to the building.  The visibility of the building should not be lost in the evening, so its façade was treated like a large self-illuminated light box that at any time of the day holds the gaze of passers-by, managing to reflect the image of a company that works 24 hours a day, 365 days a year.

From a constructive point of view, the architectural ensemble aims to explore the boundaries of reinforced concrete construction. The large overhangs that characterise the structural balance of the building are achieved by creating a solid platform in reinforced concrete with transversal and longitudinal prestress, capable of withstanding the volume of the upper floors, consisting of a lighter, mixed modular structure with metallic pillars and thin slabs of concrete. The base that supports this volume is a semi-buried basement, designed for parking, storage and plant rooms, and built entirely in reinforced concrete. 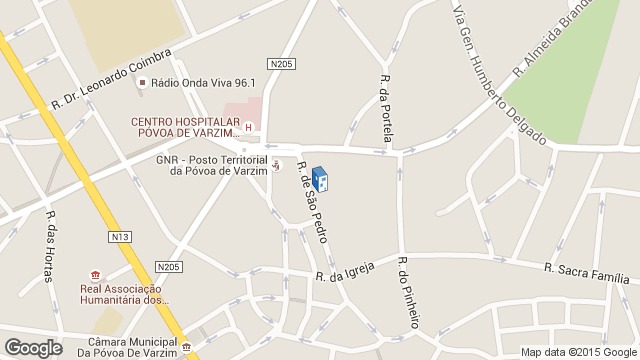