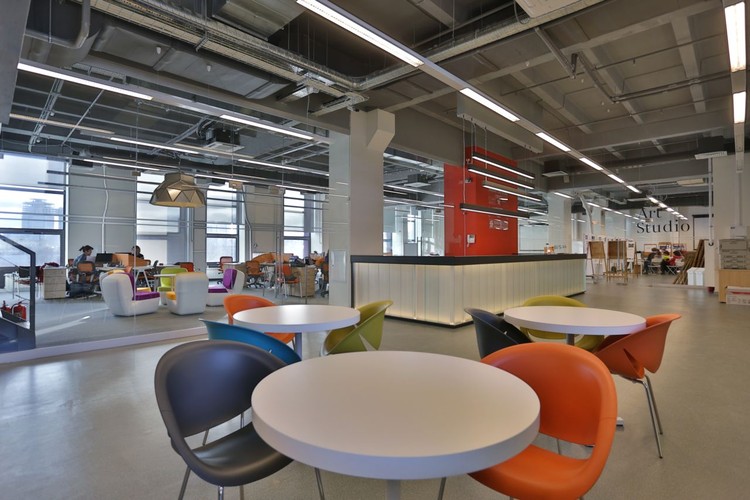 Text description provided by the architects. The classrooms of The Moscow Architectural School (MARCH), The Moscow Film School (MFS), The British Higher School of Art & Design are included into one educational hub of creative industries. The part of rooms (educational audiences and studios) is used by each school individually, and the large audience, the cafe, the hall, the administrative zone are shared.

Such unification under one roof of several directions of education allows teachers and students of different schools to communicate freely among themselves and creates the new learning environment in the context of current art culture.

The main material for the public rooms is a glass and the Pilkington Profilit glazing system (channel glass). The channel glass by Pilkington Profilit was chosen as a reminder on the industrial past of the building and for its constructive and esthetic properties (MARCH is located in the design center «Artplay» at the former factory).

The reception desk, bar, and also mezzanines, where there are offices of the MARCH and the MFS, are made from Pilkington Profilit opal. Due to the translucency of the Pilkington Profilit channel glass, the office of the MARCH is located in a class rooms, and visually belongs to the hall. It is a kind of «shadow theater» for students - visitors of cafe.

The educational studios of the MARCH are partitioned off curtains, that allows to unite them in one space depending on requirements of the educational process. The color plays the important role in the interior. The spaces of each school are marked in different colors: blue belongs to MARCH, orange - the British Higher School of Art&Design, green - the Moscow Film School. Thus the interior «tells» about the filling. 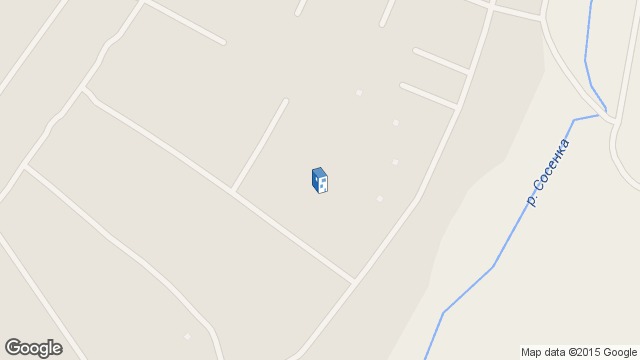