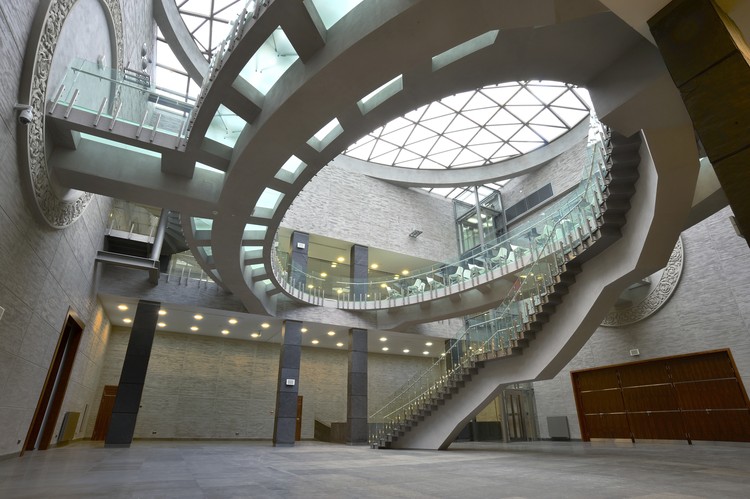 Text description provided by the architects. In 2007, when we set out with the competition for a design to modernise the castle we had one goal: to create a space where its recipient becomes its subject. So that those who find themselves within that space may feel it has been made bespoke for them. Functional and open. Thus far, the castle had been different – it intimidated people with the labyrinth of rooms and the vastness of dark halls. With its immense programme and the appetite for even more activity, the Culture Centre suffocated in the heavy body of the neo-Romanesque edifice.  Hence the need for a change – uncompromising, bold and comprehensive.

The pivotal element of the concept was expanding and elevating the 1st floor hall in before the Grand Hall to the rank of central ATRIUM, where all the functions are focused and where the paths of the castle guests converge. We literally opened up the hall – by removing the roof above and fitting a glass dome in its place, demolishing the stairway and the former interiors of the cafeteria.

The ATRIUM was created where once the old courtyard of the throne chamber was to be found; thus the original architectural arrangement was restored. Spanning three storeys of open space, the place becomes a new, friendly centre which so far has been wanting. This is where one will find a cafe and a bookstore; this is the juncture of routes leading to the Exhibition hall, the rehearsal room, the cinema and the Grand Hall – the venue of the most important events. ATRIUM becomes a meeting place, where people want to be, together. ATRIUM becomes a space where the atmosphere of anticipation for the events and the possibility of discussing them once they have been experienced finds fitting complement and setting.

The ellipsoid mezzanine and the dome of the glazed roof unfolding above are architectural coordinates of the design premises. They constitute the framework of the space. Illuminated with daylight, the whole is bright, friendly and positive. ATRIUM is accessed by spacious stairway leading from the main hall, dominated by the red TUBE – the point where guest are welcomed, an information and command centre. The entire project is crowned by the New Stage, situated under the roof, created in the loft space of the Grand Hall. Thus conceived functions of the ZAMEK convey to the participants of the castle events a clear and lucid communication, and thereby an impression of exclusive and deliberate organisation of that space, devised especially for them.  Member of the audience – guest –visitor or resident do not feel lost in the depths of a gigantic building, but become witnesses – participants – creators of events, which depending on their nature will find their place within the castle structure – programmed and prepared specially with those people in mind.

The raw concrete, graphite-grey colours of the walls and elements of the steel structure are a perfect backdrop to all activities that ZAMEK does as part of its mission. The neutral floor of large basalt flags does not interfere with the visual nature of the interiors. The only colourful notes are the red wall coverings in the TUBE and cafe, and the natural, rosewood panels on the doors.  The employed materials endow the place with qualities of space dedicated to artistic activity, do not impose their own stylistics, and thus acquire a purely ancillary value with respect to the events featured in ZAMEK’s programme. The identity of the castle is preserved in the historical outlines of the walls and in the spatial arrangement, but conceived as a setting for the contemporary mission, it deliberately fails to draw on the neo-Romanesque original. This is not and by no means should be a reconstruction. It is a new form created for new contents. A new spirit in a new body.

Five years from the formulation of the concept and after two years of actual conversion, after the years of struggle with the refractory colossus, which turned out to be greatly worn away by age and history (and therefore exceedingly demanding)… the new interiors of the ZAMEK Culture Centre, just as their authors, impatiently await for the moment when the intentions of the creators will be verified by the expectations of the visitors. 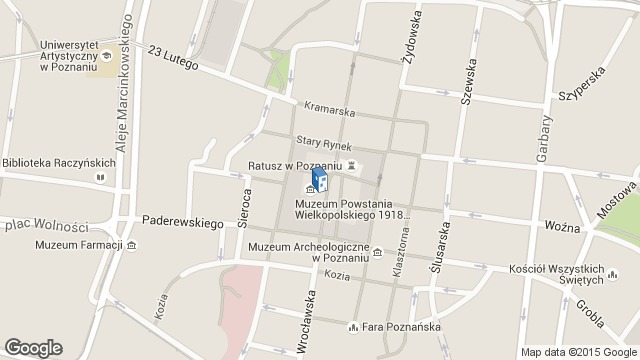 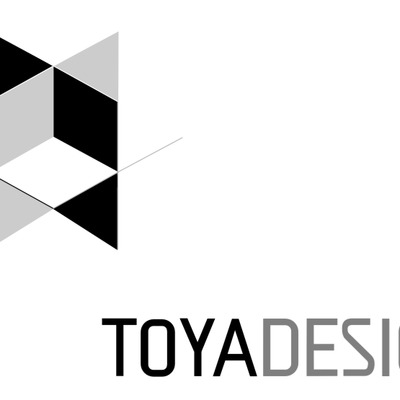