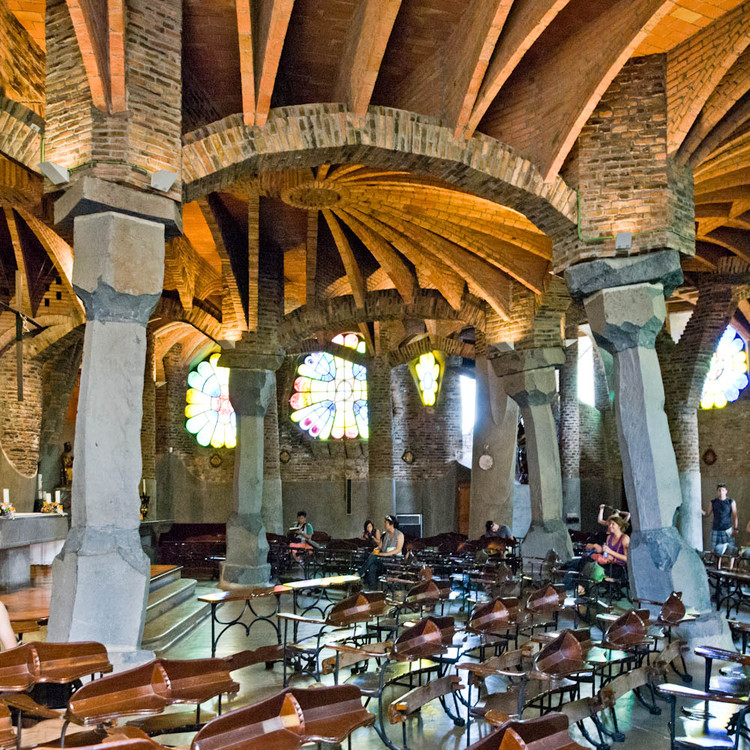 Through the construction process of Colònia Güell, Gaudi is said to have experimented with an array of techniques and architectonic details, many of which would later be used in his famous tour-de-force, the Sagrada Familia in Barcelona.

Brick and mosaics dominate the structure, used in an extraordinary way. The form of the building is anything but traditional, perhaps a by-product of the breath taking spaces, both interior and exterior. The crypt is magnificently articulated, changes in materiality carefully calculated and light sensitively controlled. Different bricks and stones are used for the structure, meeting at carefully detailed joints, and perhaps filling in different structural roles.

When approaching the building one can only perceive one single flat surface: the roof of the crypt, which has the plan of the un-built Church drawn into it. Its flatness accentuates the fluid form of the volume underneath, which appears to be in constant movement within the landscape. The project boasts a strikingly comfortable relationship with nature, all the while being a platform of experimentation for Gaudi. 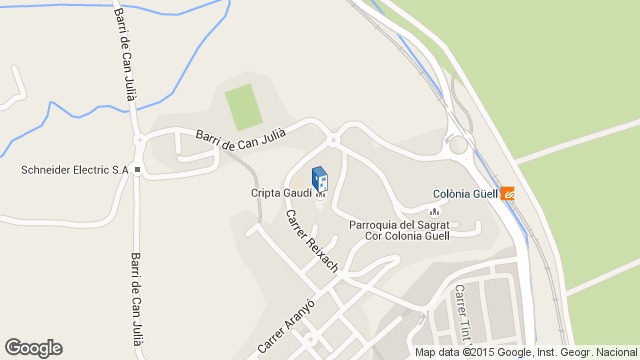 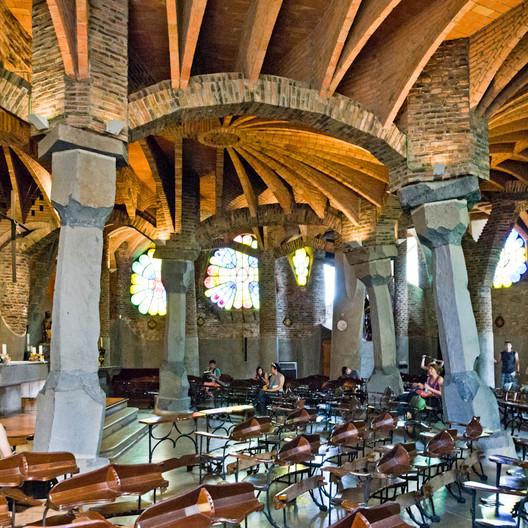