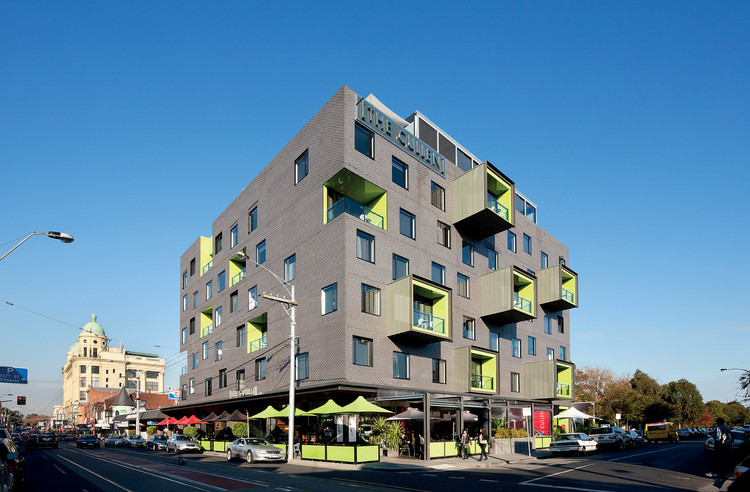 Text description provided by the architects. JCB were commissioned to design a new boutique hotel for the Asian Pacific Group which included retail with a restaurant, bar, cafe plus five storey hotel development with setback gymnasium and pool on roof deck.

An important idea for the architectural solution was to encourage a connection from Greville Street along the Grattan Gardens to Commercial Road. This has been done in two significant ways. Firstly, the building form is setback from the Grattan Street (4.5 – 6.0 metres) providing an active public open space while opening up a view corridor back to the park. Secondly, the built form reinforces this notion by expressing cantilevered forms as an active sculptural response to Grattan Street.

Conceptually this idea was developed by abstracting the gardens beyond (Grattan Gardens) into a vertical landscape of Lichen green zinc cantilevered boxes. Internally the boxes are finished in a shade of green to reinforce the idea of a landscape that is continuous from Greville Street to the Commercial Road interface. On the Commercial road façade this idea is inverted as random ‘pockets’ of virtual landscape. The scale and perceived depths of the balconies and windows are manipulated, reducing the building mass and referencing the turrets and datums in the surrounding context. 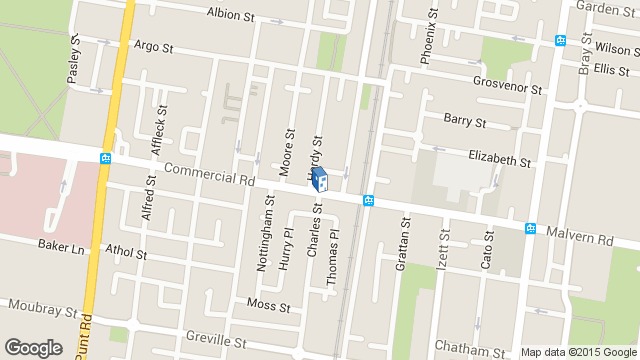