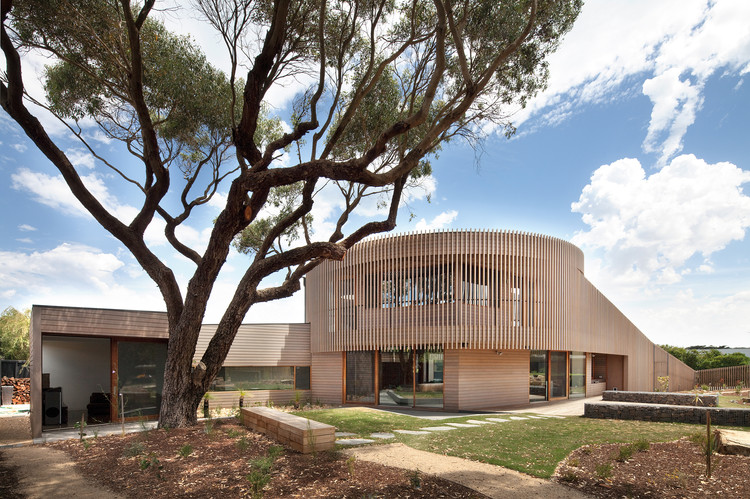 Text description provided by the architects. Barwon Heads is in a period of significant change. Heritage overlays currently protect older fishing shacks whilst the less significant fabric of the seaside town is progressively being redeveloped. Architecture is now significantly contributing to the evolution of this small coastal township, and in this case a young family engaged us to design their new permanent residence which would replace a dilapidated 1950’s two storey house that was beyond repair. Wanted or not, fame was brought upon the township in the past decade as a result of ABC’s Sea Change series and both the town and its eclectic personalities have been subconsciously divided into morphing factions forever debating the merits associated with progress or change.

The rise and rise of Architecture is met with similar resistance to a new bridge in this community. Many are opinionated about its impact on the changing face of the town and it is with some hesitation that clients take on contemporary architectural projects, fearing an uprising of resistance that might lead to being burnt on the cross. Our clients were locals rather than recent “sea-changers” and they were totally committed to challenging the dark force behind the somewhat seasonally influenced Silver Haired Resistance.

The Hippy and the Yuppy, madly in love with three young children and an open brief….a new two storey house on an expansive site which was to be their permanent residence. Their requests extended to a “green” house that would appropriately contribute to the townships evolving contemporary character. An unusual and somewhat humorous presentation was the desired inclusion of a planetarium which “would be kind of cool, so we can lie on our backs and stare at the stars… yeah?”.

In response to this half-joked demand, we immediately engaged in the exploration of circular forms as a loose reference to the traditional star gazer. The brief was challenged by the inherent constraints of the pure circle and the design concepts eventually evolved to become a series of sprawling spaces nestled under a primarily circular form.

The sculptural form of building appears to have emerged as part landscape, part streetscape. The front fence competes with the boundary condition, folding and thrusting itself back onto the site to become part of the skin, wrapping the building in a protective layer and then returning to ground to re-engage with the rear fence ….perhaps like a constrictor embracing its silver haired prey. 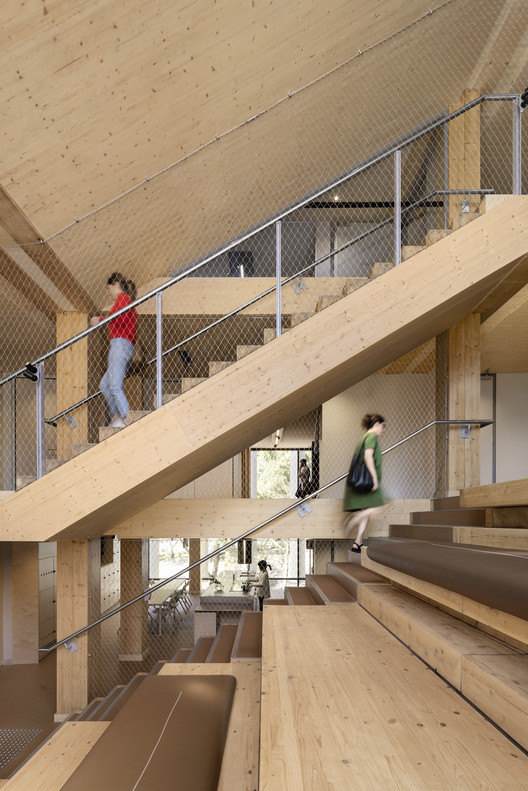