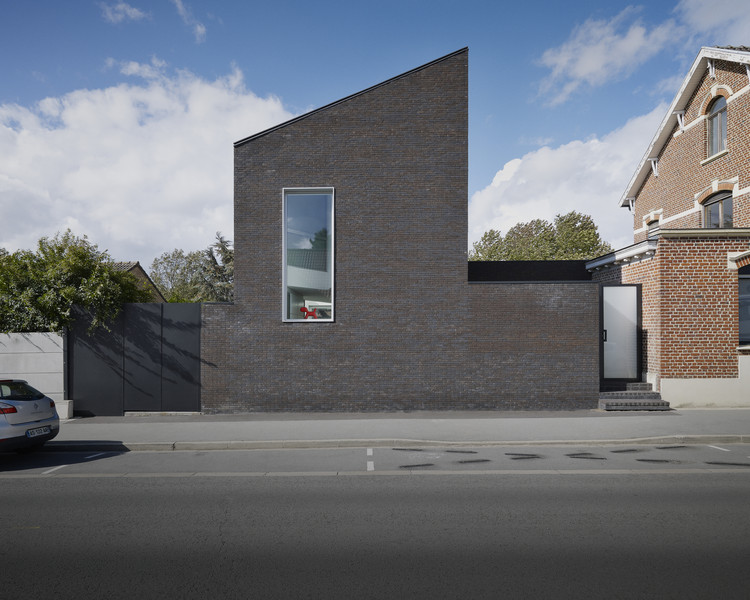 Text description provided by the architects. House D (Maison D) is an extension of a Family home, in the middle of an urban area, on a parcel twice as wide as the existing house.

The House D (Maison D), doubles the linear qualities of the existing house fa√ßade, thus unifying a roadside landscape that was deconstructed before, the extension also doubles the importance of the private family garden.

The House D extension welcomes all the important living functions, private income patio, kitchen an living room, the architect ( Emmanuelle Weiss) chose to incorporate on the first level of the extension a equipped sleeping quarter, with bathroom and a well organised dressing. The result of this exercise frees up the existing house, which has mainly become the children's territory. Also now, the complementation of House D, makes room to add a large office area in the existing house, adapted to the professional life of its inhabitants.

The volume, high levels , low levels : ¬´ zones ¬ª create a dialogue with the existing typical style house.  All the volumes in the House D translated in it's roofline, bring a richness to it's space.  Natural light embraces the volume, some times directly some times reflected it fills in the complete project and living quarters.  House D is an answer to the existing devision of the main house. Its functional properties talk directly into the vertical circulations of the existing house, it opens up living space.

To link the old and new together, the architect ( Emmanuelle Weiss) chose to use a minimal contact between both architectures. The new differentiates it's self on the outside by two litle patios, only linking itself to the old on the interior where the new incrusts into the hall way.  The chose materials are a homage to the existing house, but staying in a modern urban context. Dark bricks ( reflecting back on a modern way to the dark old red bricks typical for this area) and aluminum detail work show subtile hints to it's surroundings. 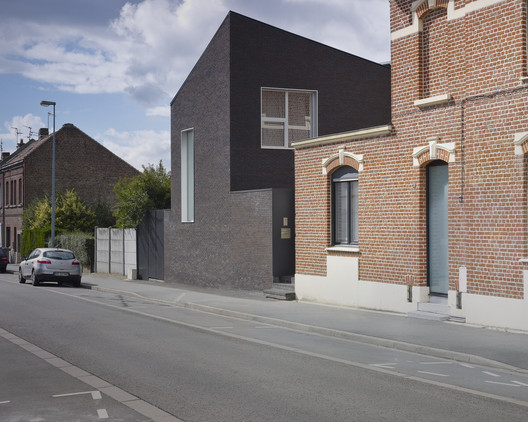