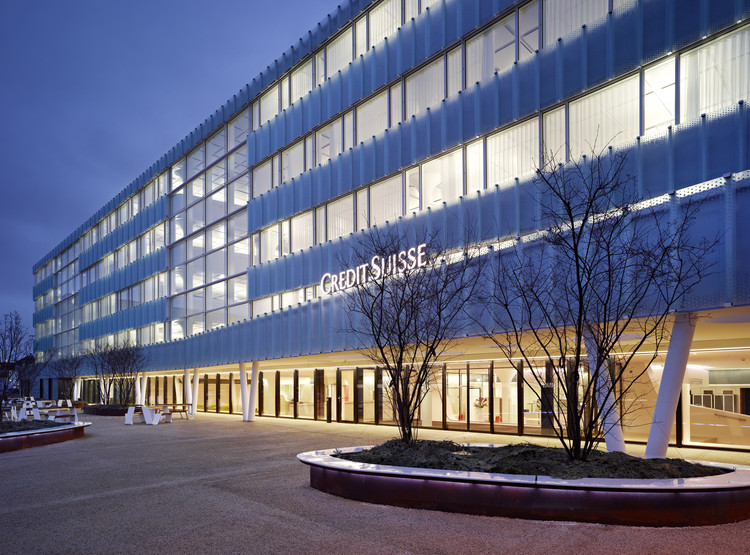 Text description provided by the architects. The new building for Credit Suisse's back offices was built on the site of the former Pfister tannery in Gümligen, alongside the railway line that runs between Bern and Thun. The construction volume, set back from the street Worbstrasse, allows for an outdoor area with a spacious layout, which marks the entrance zone for customers and staff, in addition to enhancing the entire site.

The design of the building structure makes a clear distinction between the first floor and the office floors above. On the first floor, the facade opens onto the generally accessible reception and waiting area, an auditorium, the conference zone and the staff restaurant, which seats 170.

Workplaces for around 900 employees are situated on the upper floors. Most of the workplaces are modern "open space" offices, primarily located in the south-facing spatial layer.

Three interior courtyards bring light and air into the depth of the office layout and mediate between the interior spaces and the surroundings. Plant installations in the atria create an atmosphere which is quite special.

The marketplace zone with service areas, meeting rooms and lounge areas is situated in the building's central spatial layer. This is divided by four stairwells, which are provided with a generous amount of zenithal light. Additional individual and open-plan offices are situated on the north side.

The color of the shiny facade ranges from white to green, depending on the perspective and the incident sunlight. Recessed ribbon windows with translucent glass balustrade elements create a lively shadow play. 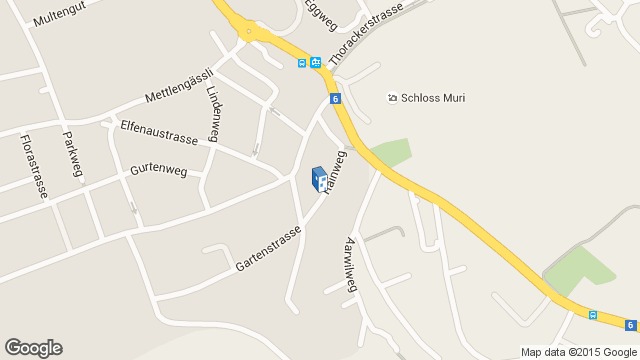 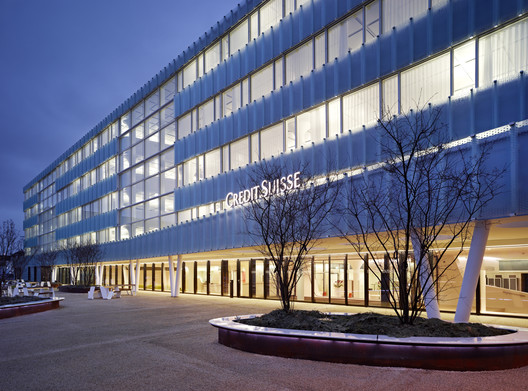