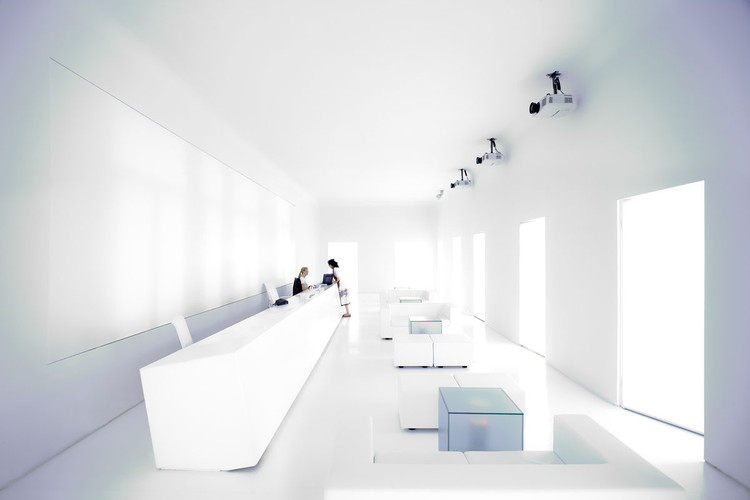 Text description provided by the architects. The difficulty of defining a physical stable environment before the devastating dynamics of the managerial expansion of ARENA MEDIA company led us to turning the architecture into a phenomenon, providing it with the aptitude to appear, to transform and to be eliminated.

The Agencia de Medios Arena Media Communications in Madrid decided to carry out the reform of its offices with an objective double: to maximize the space to shelter a major number of employees and to establish a new commercial image towards the clients and mass media. The initial strategy to solve a program as complex as that of this office, with about eighty workers in continuous change of functions, departed from the idea of placing as mediators between(among) ARENA into an historical building, in the same way as Sand is the manager of advertisers and mass media happen between(among) companies.

The functional scheme prosecutes the elimination of corridors and places infrautilizados, offering a flexible system that rests(relies) on the existing walls of load as containers of space. For it we organized it round a polyvalent room, which we name " ARENA ROOM ". It is a question of an space distributor, forrest or wait, for receptions, formeeting, for projection and exhibitions of company, for coffee and for a Show-Room that can be personalized depending on every client.

The project acts at all time as a sheet or a platform of projection and overhead projection of two realities: activity and existing building. All the necessary elements are solved this way in the office: doors, windows, ceilings, soils, accesses, corridors. The activity is projected by artificial light by associate colors, providing information of a few spaces to others, and the physical reality of the building retro - projects across shades or veiled textures. The resultant spaces are difficult to define due to their changeable character, without corners or details that allow to identify the fragments. A door is perceived literally as a projection in the wall, and in another moment it turns into a panel of information about the meeting that is carried out behind it; a chunk of wall transforms in veil, allowing to see the shade of the windows of the court that it conceals behind and in a few seconds it gets dark, offering as screen of video. 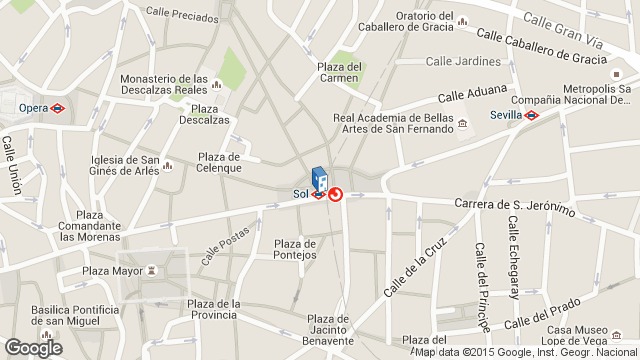 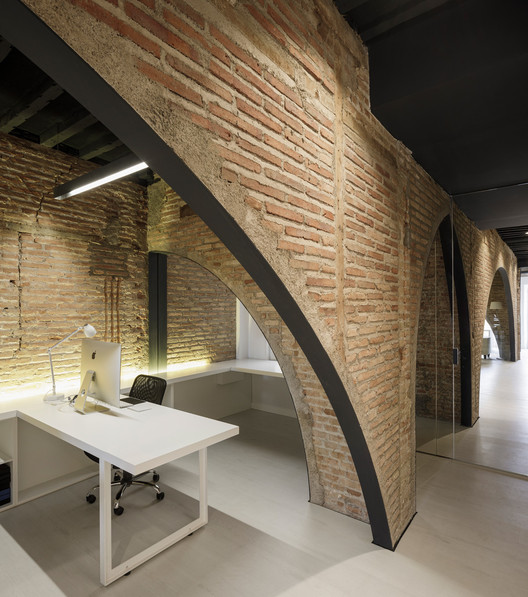 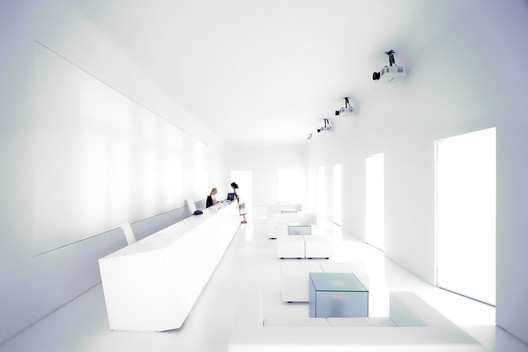