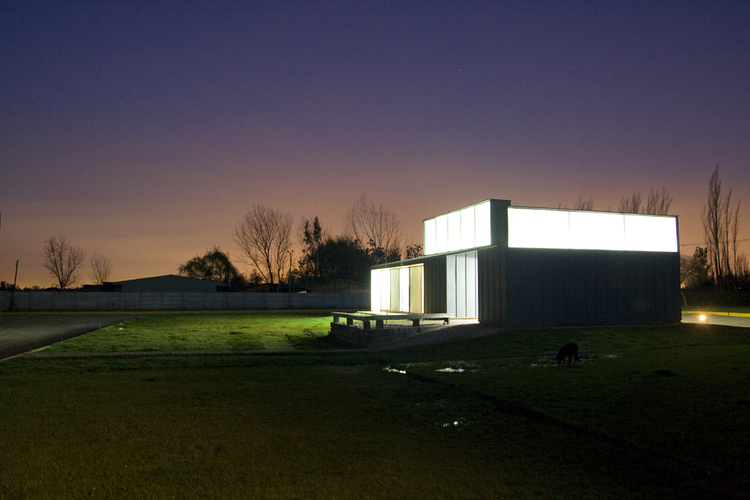 Text description provided by the architects. The commission was for an access to the ECOPELLETS plant, a manufacturer of wood based pellets used as an alternative energy source.

The building is located in the peripheral zone of Lo Boza, Chile. Once destined to be a waste dump, it is now an industrial zone of the city lacking in urban references.

Two different programmatic situations had to be resolved; Administrative offices and personnel services. Cost restraints called for both programs to be housed in a single facility but under strict control measures.

The strategy used was to separate both areas with a corridor spanning the whole length of the building. The corridor is itself expressed outward as a protruding volume as high the building itself opening a ventilating skylight for the changing rooms to the north and a surface for the corporative logo to the south. The total height reached by the volume enhances the scale of the structure, which becomes the ideal support for the plant's corporate image.

All enclosed spaces within are open towards the plant (north) and closed towards the street (south). The building is propped up on a grassy slope, purposely generated to augment the construction's presence among the other industrial installations.

The uniform enclosure, along with the protruding skylight is reminiscent of the industrial plume or chimney, not unlike those found in every industrial landscape around the globe, making the building truly belong to its' surroundings. 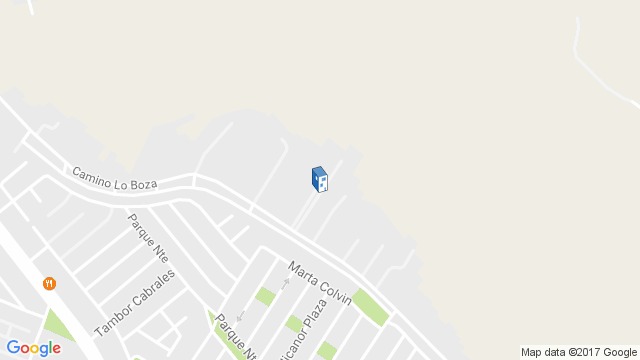