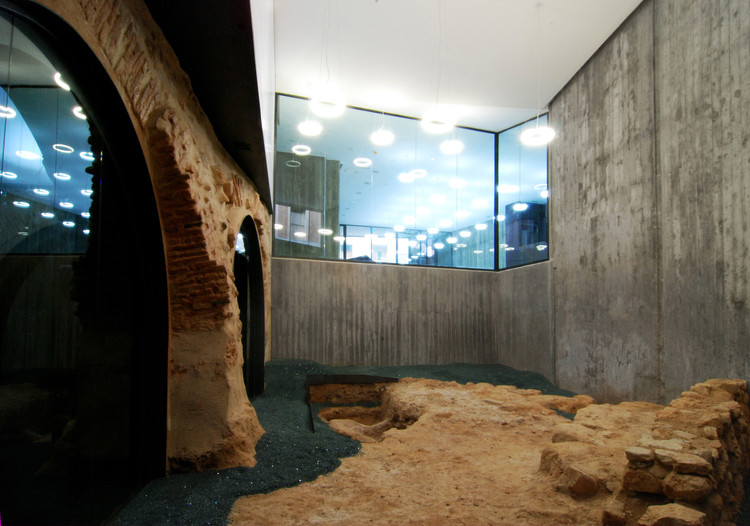 Text description provided by the architects. The ground of the historical villa of Daroca folds and lifts to show the richness of its past to the public.

The surface layer rises like a great cover revealing its core from the street, the valuable archaeological remains which have appeared under it. The building is generated from the urban fabric, as a new public space which covers and protects the history of this city and the representative character of the regional institution founded above this former place.

The historical relevance of the remains allows to date back the city foundation nine centuries before, from medieval hypothesis origin to celtiberian period. Due to this the institution promoted an ideas competition, with the aim to solve the relation between the initial need of a parking area and the presence of the archaeological finding, considering that this attitude could be an example for the private local promoters.

The winning project built a new public place in the village, understood as an overlapping of layers that belong to different times, since 2000 years ago untill now, where the relevance of them is not  in each one but in their conciliated addition; as a museum opened to the street, that shows to the citizen the richness of his own past.

The archaeologist team found the walls of two 10thC. islamic medieval houses, five arches that probably took part of Almudi´s Palace (a mythical 15thC. medieval construction not founded untill then), a piece of an important roman causeway, and two celtiberian silos, from the 1st C.

The new institutional programs established a rich dialogue with these historical structures, sculpting a multilevel space that generates a conference hall in the first level, a room for singular meetings into the space of archs and a little museum, as the treasure chest that contained the small pieces(ceramic, coins, etc.) founded in the excavation, both in the lower level. It is not a question of bringing the past to our time, but is about finding a way to live with it.

Covering and protecting all, the deck-square incorporates the outside uses of the regional head offices and a temporary parking. Conceived as the main façade of the building, it is developed in continuity with the narrow streets of the historical city, expanding their same stone texture in a new public square, and integrating a contemporary interpretation of the ancient walls of the layers below, by lights that appear at night coloring the place.

To build in a historical city demands a meticulous choice and use of material, and a more important thing, the adoption of an attitude about it. The attitude in this case is the choice of coexistence instead of mimicry, from a construction of concrete and steel, sensitive with the place, attentive with the historical memory, and coherent with contemporary needs. A strong concrete shell protects the inside, and allowed to complete the excavation comfortably outstanding the perimeter forces. Its effort is shown naturally as the interior texture. The use of cort-en steel flats allows to delimitate the area, to articulate the walkarounds, and to preserve the findings.

A single image is generated within the city, a silent palimpsest born from the respect for it, not from a mere conservation strategy but understanding the place. 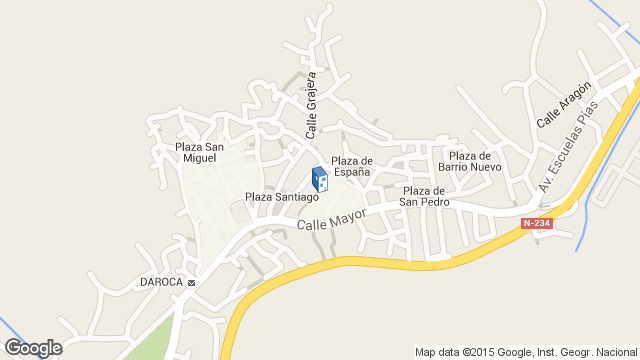 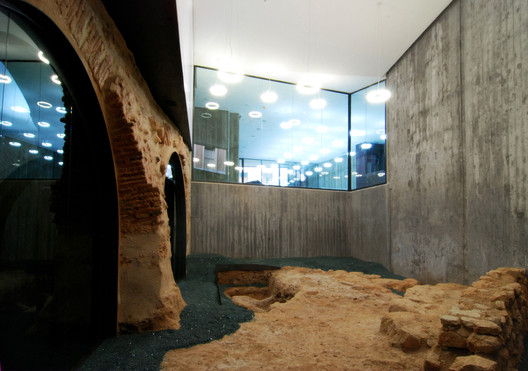