Save
The United Way for Southeastern Michigan Headquarters / SmithGroup 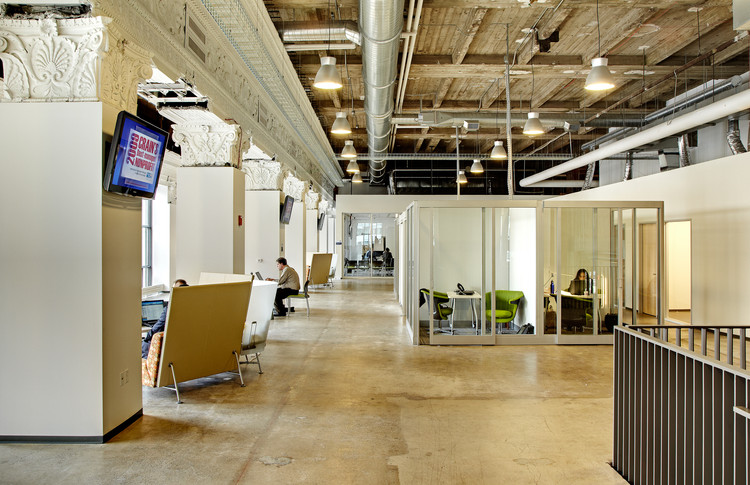 Text description provided by the architects. The United Way for Southeastern Michigan relocated its Detroit headquarters into the historic 1st National Building in downtown Detroit. In its desire to provide a fresh workplace experience for its 130 employees, SmithGroupJJR worked with UWSEM to create a new home that resulted in the ultimate flexible, creative and collaborative workplace environment. Unlike any other office space in the area, the UWSEM headquarters more closely resembles your local Starbucks than a traditional corporate facility.

Due in part to the high percentage of time that personnel spend outside the office combined with a desire to pursue LEED certification and reduce unneeded material usage, UWSEM concluded that permanently assigned workstations did not need to be provided for all staff. During the programming process, we determined that the original space requirement could be reduced by roughly 25% through the introduction of “hotel” and “touch down” spaces in concert with traditional “embedded” work spaces. Given that a great deal of staff time was spent working in a team setting, the program included a wide array of collaborative work spaces. Given the amount of time spent in these settings, the team concluded that the traditional workstation could be reduced in size by approximately 30%, resulting in further space reductions.

Now complete, the 47,000 gsf headquarters does not contain enclosed offices and establishes a completely new paradigm for the corporate headquarters. 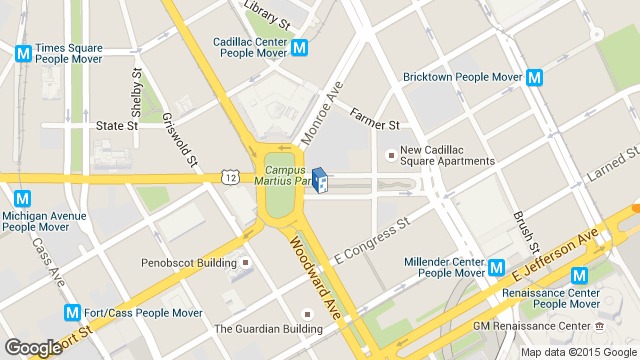