Text description provided by the architects. Nestled between a shopping mall and a cemetery, there is an old villa sunken deep in an ancient garden. The crèche is placed in the depths of this public garden, as if retaining wall to the road above. Functioning as both a building and a scenography, the project orders and orientates the gaze toward carefully framed viewpoints.

The implantation of the building and its surroundings create a physical junction for the town, serving as a public passageway coupling the levels between the upper and lower roads. For economic reasons we limited the excavation by placing the car park on the rooftop, re-employing the earth for the new public space. Two floor-plates housing the programmatic elements cantilever 3 metres over the facade, protecting the playgrounds from the sun. These horizontal strata are set against a sequence of vertical blocks that form a structural framework and are used to contain the utility elements of the nursery.

The generous spans between these 'servant' blocks are destined for the nursery's play and living areas. The physical superposition of the two levels corresponds with the superposition of the functions (nursery with the garden level / administration and reception with the upper level). The frameworks of the large bay windows are embedded within the floor and ceiling and slide laterally to disappear entirely behind a hidden double-wall and pivoting vertical panels in the interior doors permit natural ventilation and smoke extraction. 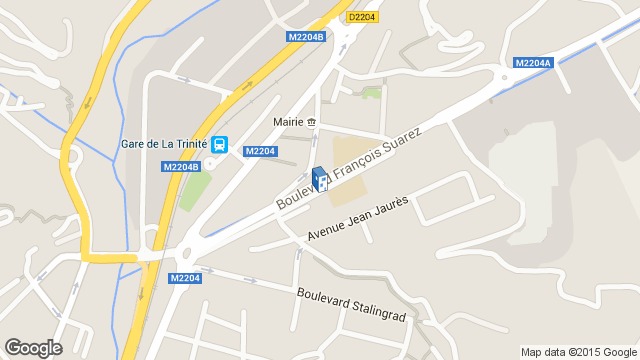