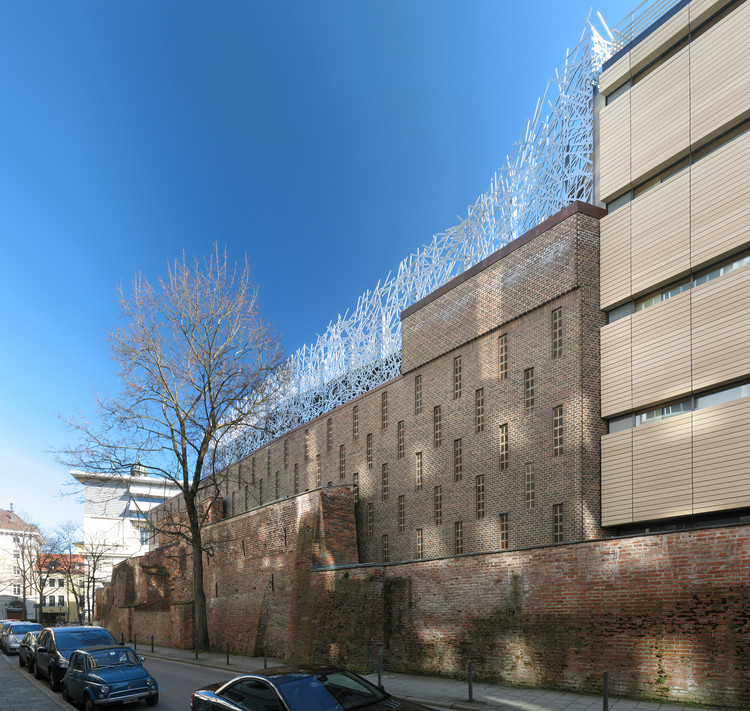 Text description provided by the architects. The appraisal of the façade intended the development of a façade concept for the planned heightening of the multi-story can park at ‘Salvatorplatz’ in Munich. In the context of the reconstruction of an office and garage building the multi-story car park has been increased by 21/2 floors. In the view of the historical surrounding and the inventory building, which stands under single monument and under monument protection and lies in embraced of an ensemble range, the organization of the new façade has been of great importance. The multi-story car park is situated in the midst of the old town of Munich. Leaving of the former medieval city wall and parts of the ‘Jungfernturm’ of 1430 directly border the multi-story car park. The existing multi-story car park of Franz Hart (1964/65) is oriented on the former city wall. The exposed lying brick wall has been absorbed and resumed.

The new steel façade structure of Peter Haimerl made of galvanized steel has been developed through computer generated expirations, which generate new order samples. A netlike network has been invented on the basis of 20 000 wands with the width of the thin formatted brick used at the inventory building and a constant staff length of 1.5 m.

The production of the façade of galvanized steel plates through computer-controlled plasma cut equipment corresponds to the idea of direct use of computer generated data. This means a direct transition of the draft data to machine production without the use of hand drawings of the designing architect.

The façade surrounds the heightening like a volume and a transparent covering for the new parking decks. The density of the structure decreases from down upward. As a result of the transparency of the structure and the gene constantness of the material the existing solidium remains untouched. 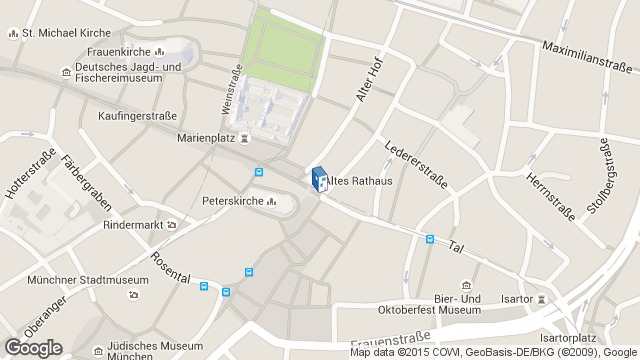 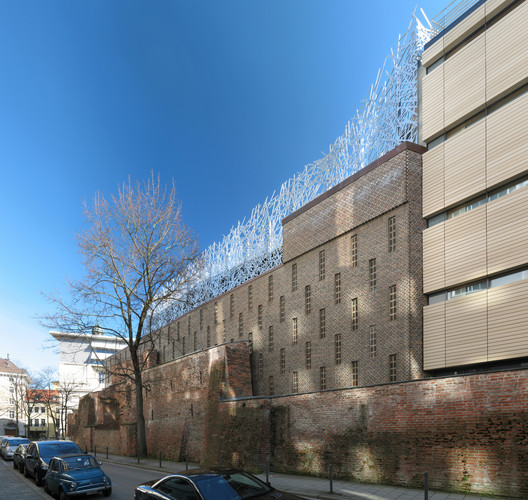