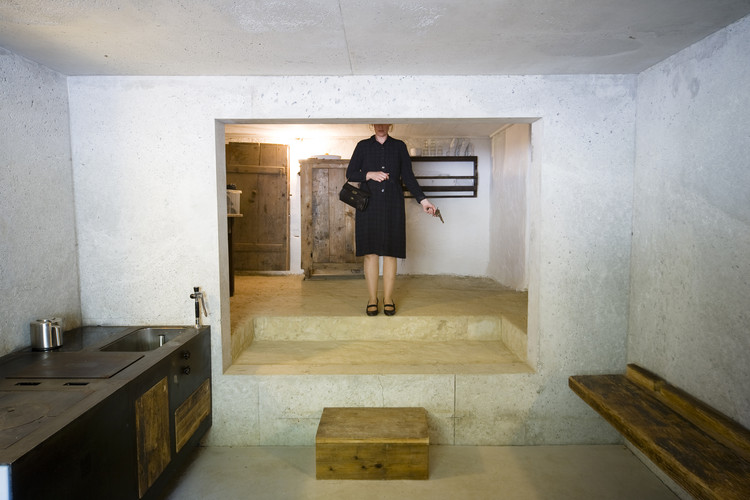 Text description provided by the architects. In the latest thirties most of the old farmhouses in bavarian forest were destroyed, because of ignorance and the lack of appraisal adverse to the „old stuff“, maybe also to erase the contemporary witness of rather poor time.  The consequence was the deficit of architectural regional tradition - Space for the elderly can be found almost exclusively in farm-museum villages.

Therefore the architectural concept intends to keep the existance - as ruinous at it might be - and not to intervent into the structure of the old farmhouse "Celia".

The rooms of the old building stay as they are, barely anything of the existance will be removed, that‘s imperative to the windows, the old plaster, the floor tiles and the other old fixtures.

Other material which would be removed will be recycled to produce furnitures.

Boxes out of concrete are going to be placed into a few central rooms, for example the old parlor, where the new life is going to take part.

Huge cutouts in the old unrenovated facade will remain visable. The new construction frames the old one, carries and protects it, the old building accomodates the new. 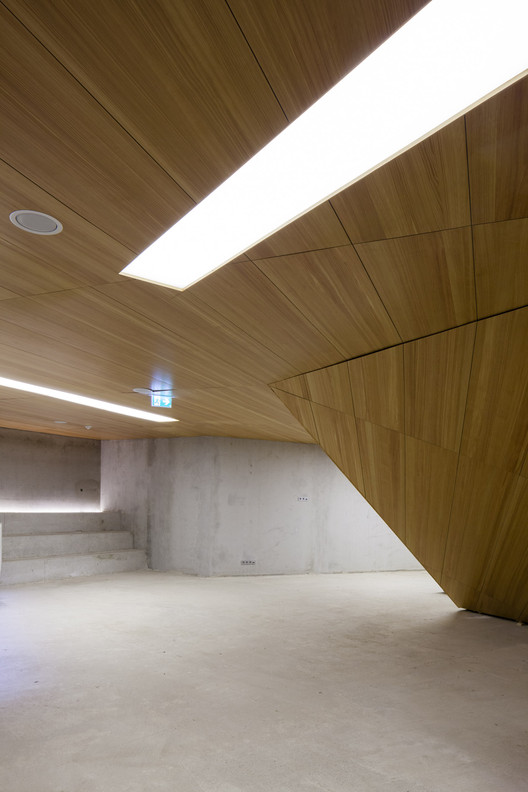 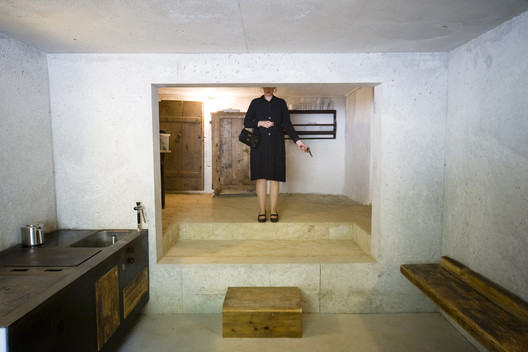