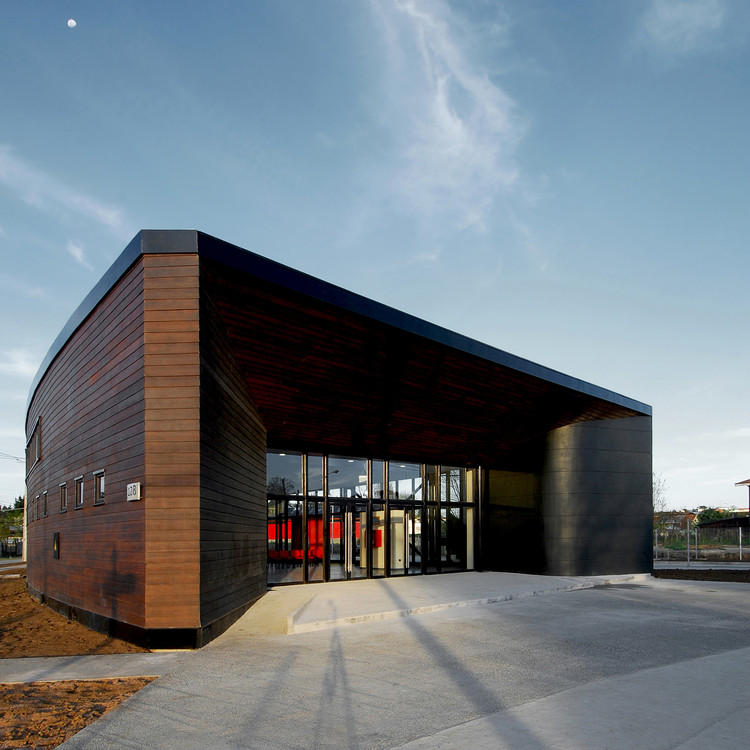 Text description provided by the architects. As in many cities of southern Chile, the train that had given life to the town was gradually replaced by the highway and its buses, leaving behind a ruined station with its usages and images in a shared past.

Many of the stations built or remodeled in the first half of the twentieth century were inspired by modern architecture, the train and the modern ideology easily intertwined and that created a place in the collective memory.

We wanted the new bus station to quote this imaginary, taking details from the modern repertoire. Then we did a material definition that linked the building with the small wooden houses that surrounds it.  These two ideas were joined with the contingencies of a public building design process, with the particularity that in this case it was given to the city by a private company.

The project deals differently with the requirements from the inside and those from the outside: inside it shows the usual configuration of steel structure on the platforms; and outside, it responds to the dynamics of the city, extending the facades to give an urban form to the street despite being an isolated building. High windows are placed in the north facade letting the sun warmth the interior in the cold southern winter, while on the west side, the access is expanded to fill the entire facade, framing what is somehow a place to leave and enter the city. 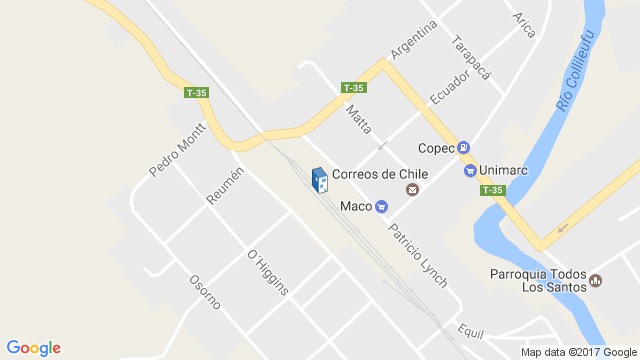