Text description provided by the architects. One evening Isamu Noguchi came to visit me. There was nothing in the room (neither furniture nor paintings). The floor was coverded with coconut fiber from wall to wall. Windows had no courtains. Isamu Noguchi said: “an old shoe would look nice in this room”

The comission of a cultural park located in the hills of Valparaiso, understood as a new space of confluence and integration, presents an underlying contradiction due to its original purpose as a prison: the hermetic reclusion of space. The main arhitectural problem lies in this singularity, and can be set as a basic question: how to turn enclosure into a integrating space (composition does not lie on answers but on what questions should be done (...) shifting from the responsability of choosing to the one of asking)

Through the recognition of four evident and significant situations found on the site –each turned into a specific question- a series of operations are set as answers, each of them happening on different and relevant topographic levels. This relations are set outside from design wills, subjective and biased, to set intention out of operation: if you swich off your senses and the idea of needing to say something, is very different. Benefits only appear when you have nothing in your head.

+00,0 THE HORIZONTAL PLAN: SURFACE CLEARANCE FLOWERPOT
How can the dense prison be turned into an open space?

The former prison’s site shows as a walled fortress surrounded by stone platforms, contentions and cemeteries. Remarking the former prison and its special condition of being the largest horizontal surface over the hills, a general clearing of all the light constructions accumulated along the years is proposed, keeping only the prision gallery building, the old entrance building and the old spaniard’s powder keg, putting them on an outstanding situation over this new field. This clearance is planted with a regular grid of jacarandás –that will build a veil over the site- with a group of islands with ceibo and magnolia trees –that will landmark some outstanding spots- with a grass esplanade –that will house massive activities- with little palm groves –that will remark the main entrances- and with a group of barrows –that will recycle removed old construction’s basements as the main park arranging lines. Park remains enclosed by the old perimeter wall along with the walkway that accompanies and embraces it. Site turns into a flowerpot in Valparaiso hills.

+03.00 CONFINING PERIMETER: THE WALL CUTTING HORIZON
How to turn the prison confinement into cloistering?

Beggining from a significant existing level, a horizontal cut in the wall that runs around the perimeter is proposed. From a relevant wall level a new horizon is drawn. In its abstraction it supresses any reference to prision sybols and references, turning the prision confinement into cloistering. All traces of guard walkways, shelters and hand-railings are removed, turning the wall into an abstract construction, taking it to a barely material problem. This new horizon -in its relation with inner levels- generate various situations that move between the cloister enclosure and open sights to the hills and the sea.

+04.0 BETWEEN RAVINES: NEW DIRECTION PROMENADE
How to set a relation between the walled interior and its surroundings which opens towards the hills?

In the two junctions of the new horizon and the slopes of Cárcel hill a new possibility appears, a new walkway connecting each side ravines. A new line is described between these points. A promenade that, as a balcony, crosses over the park and relates to the neighbouring existing walkways network. A new relation with the neighbouring hills and historical conservation zones -like Cerro Alegre and Cerro Concepción- is built. This new direction establishes a new wise on the site, a second foundational line that, in its relation with the prision cells building –with similar dimensions- reorders space and relocates the old spaniards powder keg at the new center.

+12.0 GEOGRAPHIC CONDITION: NEW URBAN PLANE TRESTLES AND SADDLE
How to build a 8.500m2 cultural center over a park without taking away public open surface?

According to the idea of liberating as much surface for public space as possible and keeping the park area to its total capacities, built programmes are lifted from the ground and built over the park. Allowing these structures –hermetic and heavy ontop- reach the ground in a mild and efficient way, a couple of oblong and punched structural planes are proposed in a trestle way. These sructures will house cultural programmes on the higher levels and will order the public space on their downfall. Extending the upper site level over those trestles a plane that swings between the side ravines is set, a sort of saddle over the hill loin that establishes a new relation with the lower park -12 meters down- and with Valparaiso’s harbour geographic context and the sea. A urban multipurpose plateau beneath where the cultural center is built.

These operations, in their public space multiplication and in the relation between their own levels, reorient the enclosure and propose a space of integration for the park, the neighbourhood and the hills. 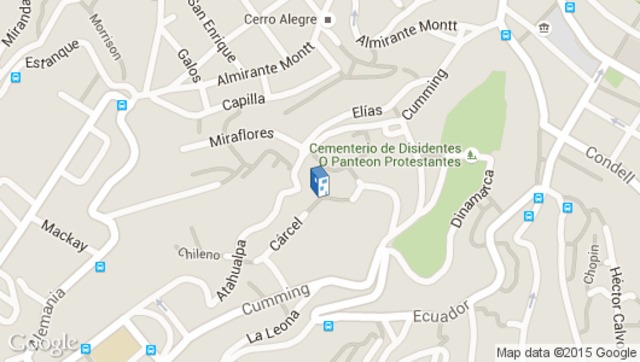