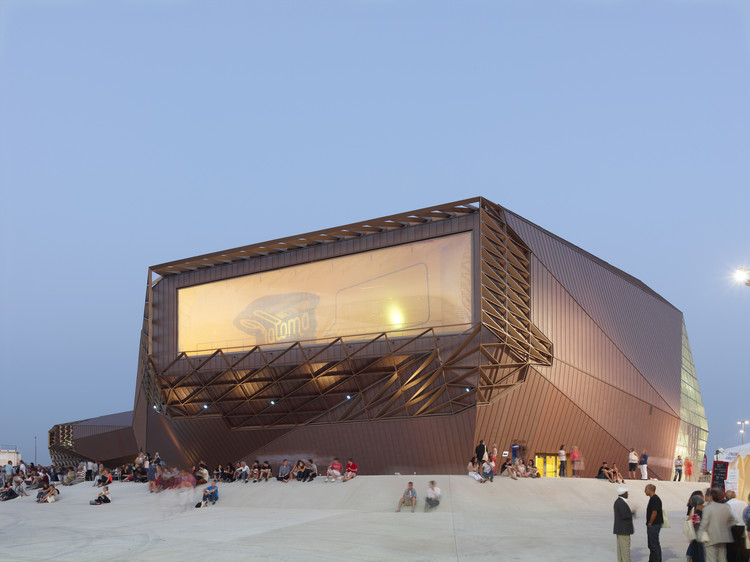 Text description provided by the architects. Situated in southern France, Nîmes is well known for its exuberant character, its fashionable artists and..... its tumultuous/spectacular storms.

Tetrarc has fed on Nîmes’ special identity in order to create the complex dedicated to contemporary music that has just been opened at the entrance to the town between a flying club and a district made up of a mix of low rise buildings, houses and small local businesses.

Given the name Paloma, the complex consists of two concert halls, twelve rehearsal and recording studios, six accommodation areas for the performers in residence, administration offices and the all-important technical facilities.

Tetrarc has devised a tonic form which springs out from the ground and flows out towards the sky and the town as if some powerful internal forces are pushing at its walls and are threatening to shatter them. This zinc shell actually stretches, frays, even tears apart in some parts in order to display– like a supernatural eye – the giant screen which announces performances and artists.

This is also an internal event. Viewing the concert as a confrontation between artists and public, Tetrarc uses the colours of the bullfight (yellow and purple) for the foyer, the stairs and the patio; red in the foyers at the entrance to the two halls; the geometry of the bullfighter’s movements are represented by the congealed textures on the walls of the hall; images of a crowd seated in an arena are projected onto the seats in the big hall. The walls of this hall display a giant sculpture whose material evokes the sleekness of the picadors’ hair, and whose form evokes a gigantic cog like the one grinding the men in Charlie Chaplin’s Modern Times.

For Tetrarc, the architecture is at the confluence of artistic expression. There is an echo of the cinema of Spielberg and Chaplin. The visual arts are a feature of the foyer conceived like a penetrable sculpture opened out into the interior space of the shell as well as the small hall, the studios and the performers’ restaurant which plays tribute to abstract geometric art, whilst the big repetitive stripes on the patio evoke the work of the Support-Surface group, a well known presence in Nîmes. The design is linked to the music roots evident in the choice of vintage furnishings redolent of the 1960s in the restaurant and the performers’ apartments.

Culturally rich, Tetrarc’s project has also been retained in the precision of its planning: the different entrances (public, administration, performers, materials) are clearly separated; the halls are served directly from the vast foyer opening onto the patio, the sales area for associated products, the cloakroom and the radio studio; the three stages are directly connected and on the level of a single loading bay for the lorries that supply the equipment... and the activity on the floor of the immense concrete square draws the eyes of the storm towards the big retention pond. After The Factory in Nantes, Tetrarc is diving into its rocker past to make Paloma rock. 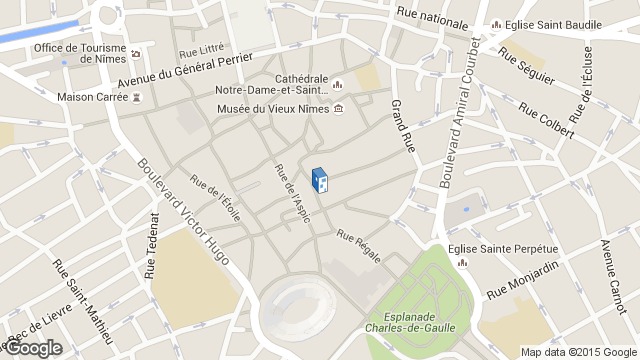