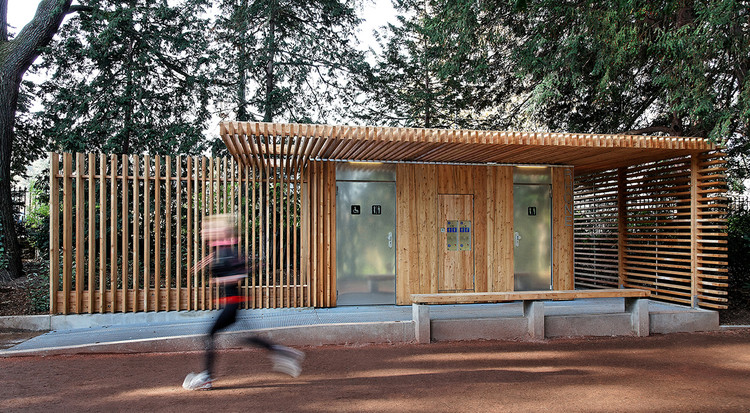 Text description provided by the architects. Jacky Suchail Architecture Urbanisme has recently installed eight new public toilets in the Tête d'Or. They are easily visible and conveniently located on the perimeter of the park and at strategic points within it. They are all different, though with a similar basic form in wood and concrete: plinth, superstructure, screen and sun shades. This is an unusual exercise for an architect, requiring a certain inventiveness and a deft touch in order to achieve integration with the splendid natural setting. Besides significantly modifying the general ambiance, the project treats, in a discreet way, a subject that can be a little sensitive.

The idea was to create an architectural configuration that did not compete with nature. There was no desire to use "soft" forms of organic inspiration, or curves like those of the surrounding trees. On the contrary, what was wanted was lines that would embody structure, conceal or reveal, mark out a path or terminate a passage: in sum, occupy space. The search for orthogonality in the use of horizontality and, by extension, verticality, derives both from formal considerations and the choice of materials. It attains an optimal approach to construction (which is the architect's first principle), and an environmental stance.

The use of larch planks for the screens and overhangs recalls the architecture of the park's giraffe house. There is no mimicry here, but the structures are "matched", with a unitary language that adds a new note to the general tone. In this natural setting, the edifices are enhanced by kinetic effects. They appear, and are perceived, in movement: that of walking, running, cycling, and the authorised types of motor vehicles. The vertical slats accentuate this feeling, with interplays of the full and the empty, shadow and light, which differ according to the direction of approach. There is a slightly changing, subliminal rhythm. The screens dissimulate the volumes, while also giving glimpses of trees and vegetation.

The design of the toilets was inspired by a number of symbolic images that are significant for the architect: stones and twigs, to begin with, which express the harmonious opposition and compatibility that exist between forms and materials. Then there is the fundamental importance of the base, which expresses rootedness, but also horizontality, as the eternally defining feature and reference of landscape. These small buildings embody contrasts: heavy / light; concrete / wood. The base and frame are in concrete, the facings and screens in wood. There are two major horizontals: the base and the roof. Between the two, the vertical, regular screens create lines that absorb the volumes.

From a constructive point of view, the materials are complementary. The concrete is moulded and the wood assembled, either in a workshop or in situ. The slats of the facings are arranged in a slightly irregular way. And metal angle plates provide clean edges. Légende: The installation at Chalet des Gardes has four cubicles (two of which are accessible to people with reduced mobility), a storage facility, two discreet urinals, a bench and a drinking fountain. The range of materials is restricted: besides concrete and wood, there are metal gratings and Corten steel drinking fountains.

With their four common elements, the eight toilets belong to the same family, but they have distinctly different identities that take account of, for example, the locations and means of access. The formula is quite simple. There are either two or four cubicles, two urinals, a drinking fountain and a bench. The installation at the Roseraie is an experimental dry toilet. Pergolas create shaded spaces, propitious to a short pause, and there is full accessibility for people with reduced mobility, along with privacy and ergonomics. There is no visual void that would unnecessarily increase the risk of damage or danger. 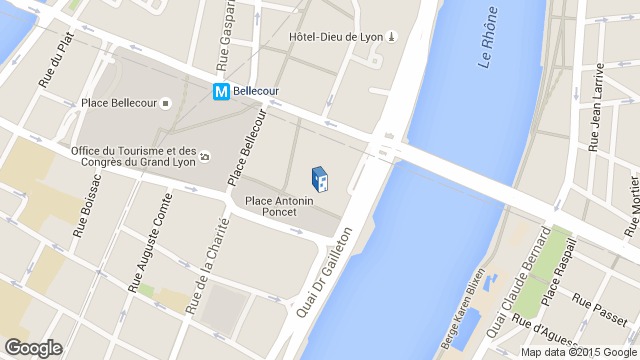