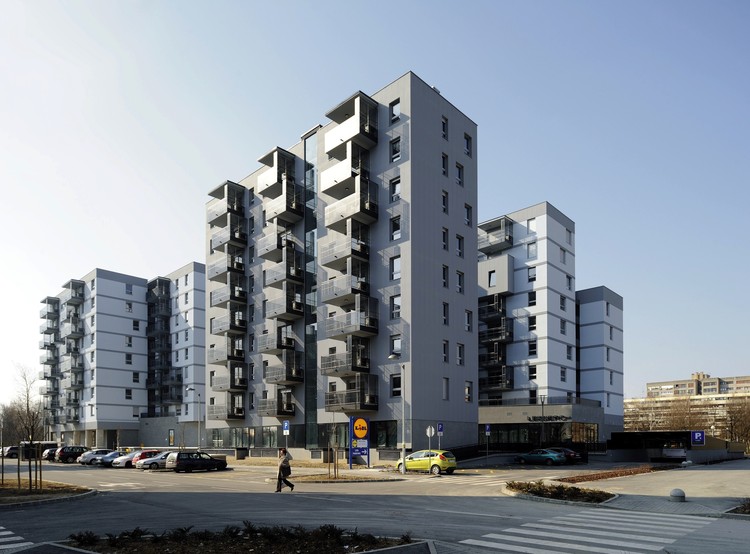 Text description provided by the architects. Various studies have been written, analyses conducted and several competitions held in order to examine the way in which Zagreb is situated on the river Sava and how the river is incorporated into the city.

Alongside the Prisavlje area there are locations in which the urbanity has demonstrated the willingness to bring the river closer to the urban living – Jarun, Cvjetno, Zapruđe, Savica. Unlike the areas of Cvjetno and Zapruđe in which verticals were implemented, certain potential locations have been somewhat deprived of them due to the misunderstood planning regulation, max P+8.

The architecture does not have to fit the context, especially if that context is not a potential generator. SPG A4 represents a frame which establishes its own structure, defines its own urbanity, a neighborhood which functions with a square and an open playground, with established communications and an emphasized direction. The construction zone is distinctly outlined by a plateau above the underground garages. Residential blocks are dynamical with a shifting layout and verticals, and also discontinued, thus emphasizing their interrelations. The dark and light asphalt stripes used in the floor treatment of the square and the horizontal lines of the residential floors introduce a sense of measure and clarity to the perspectival vistas. Within a suitable depth of the individual blocks, the apartments are placed unilaterally, including a large number of angular units. The outer, open residential spaces of the covered balconies are clearly oriented, ensuring privacy. 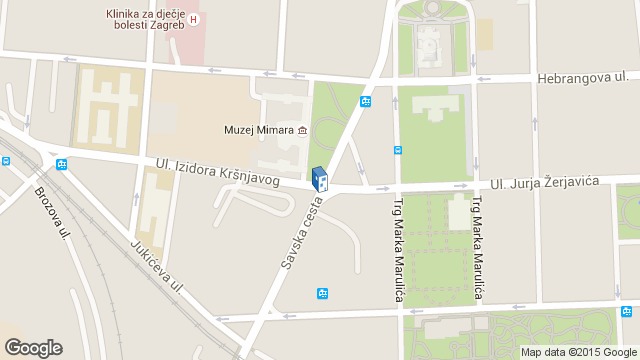 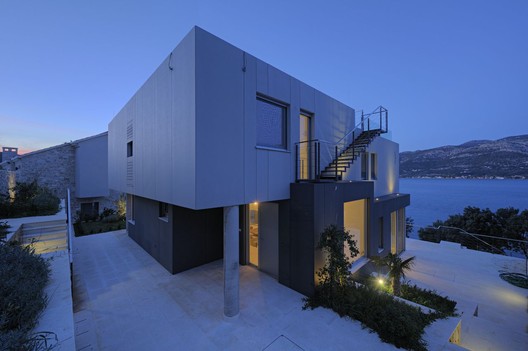