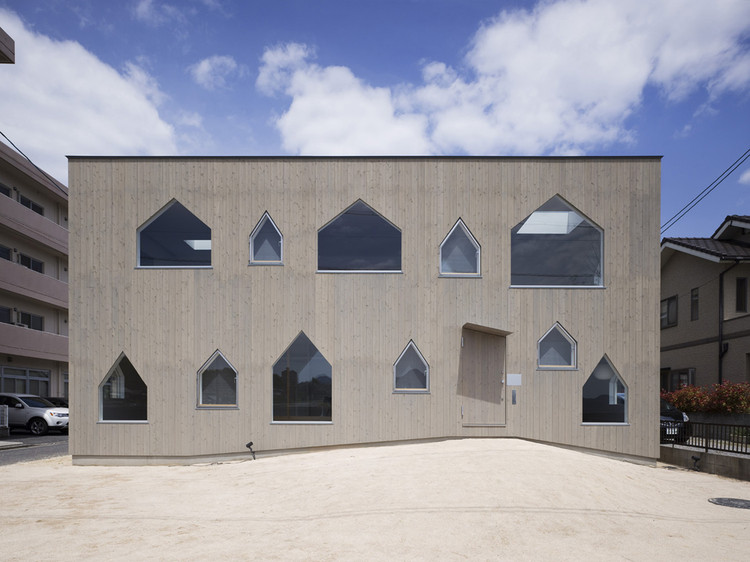 Text description provided by the architects. Built by the sea, this is a house designed for a family of three; a mother, a father and one child. Along with the exhilarating feeling of being by the sea comes the longstanding idea that this spot i s prone to damage from natural disasters, especially during Typhoon season.

If we look at the past , there are many examples of damage caused by nature, such as windstorms or flooding. Therefore, it becomes necessary to build a house where you can feel relaxed while also taking into consideration these natural disasters from the very start of planning.

"The Line between Interior and Exterior"

In this building, the interior and exterior flow together with the existence of what you could call a half-outdoor space.

This space creates a gradation from inside to outside. With a space whi ch is at the same time like a terrace, a veranda, an inside room, and the outdoors, items which normally would be found inside, such as books and paintings, a study or a bath, can actively participate in this middle-ground between interior and exterior. This space fulfills the role of connecting the outside to the inside. In addition, it serves as a buffer to the various natural-phenomena found in the outdoors. It solves the seemingly contrary problems of "protection" and "openness" at the same time.

The construction method I have come up with leaves freedom for many choices while still using wood as the construction material. Generally, wooden construction uses beams and posts, along with counterbraces in order to make a building resistant to earthquakes.

By placing the posts diagonally, we can achieve a simple framework which, while being made of wood, does not stifle openness. By searching for various spaces, between interior and exterior, between posts and counterbraces, I believe we can arrive at one answer which leads us to the connection of openness and nature found in this very attractive site by the sea.

I believe we may be able to see the future of architecture by looking for the importance in any and all relationships, and searching for what we can f ind in the space between two things. 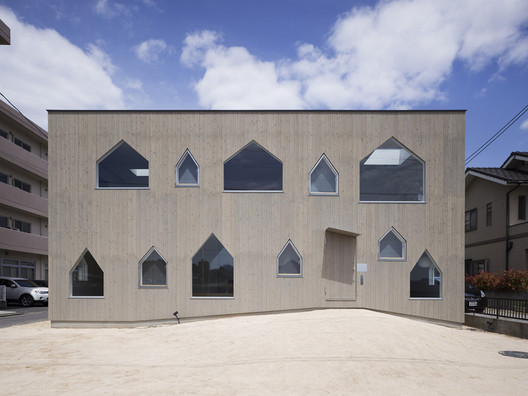