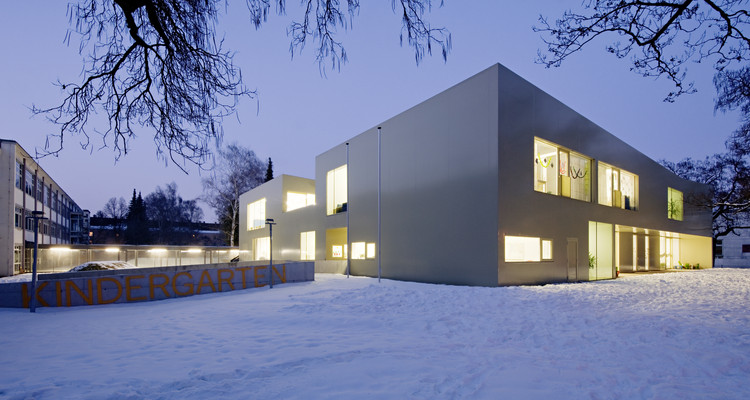 Text description provided by the architects. The aim was to find a concept for the extension of the Koref School, constructed in the 1950s, rebinding a kindergarten of four classes and eight classes for the after-school care center.

The compact new building completes comb-like structure of existing building and creates in its interior a interplay of closed and open spaces. In the existing building where the building itself as well as the exterior area are perceived as tangible experience/spaces this concept is continued in the new part of the building. Through the composition of the classrooms a diversified sequence of spaces is created; instead of hallways there is a versatile space of motion with views/outlooks, niches/alcoves and common areas with a variety of indoor qualities.

The concept consists of a 2-level building with patio. The kindergarten is located on the ground floor with its projecting outdoor space. On the upper level the after-school care center can be extended to eight classes through restructuring.

By means of the compact building much outdoor space can be left as open space. The central patio functions as play- lunch and learning area. As well as the loggias in front of the classrooms it can be used all year round and represents with the projecting general areas a considerable part of the spatial concept. 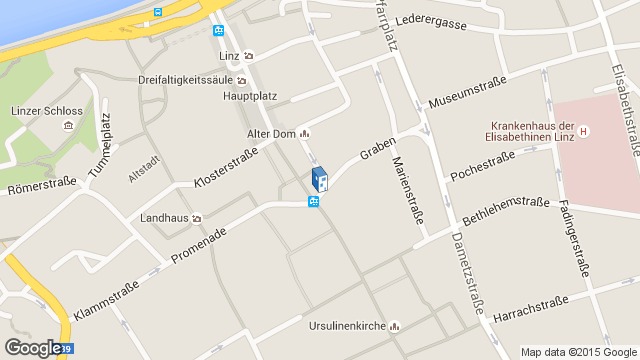