Save
Reading Between the Lines / Gijs Van Vaerenbergh 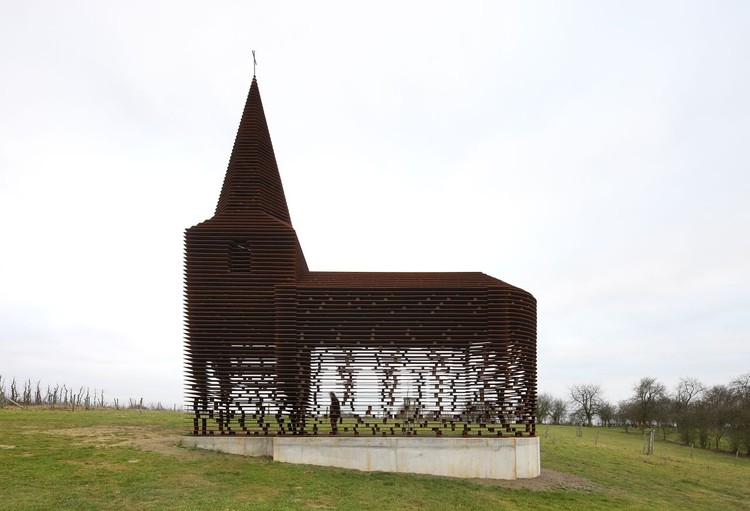 ‘Reading between the lines’ is a project by the duo Gijs Van Vaerenbergh, a collaboration between young Belgian architects Pieterjan Gijs (Leuven, 1983) and Arnout Van Vaerenbergh (Leuven, 1983). Since 2007, they have been realizing projects in public space together that start from their architectural background, but have an artistic intention. Their projects do not always originate out of the initiative of a classical client, for example, and carry a large degree of autonomy. Their primary concerns are experiment, reflection, a physical involvement with the end result and the input of the viewer.

‘Reading between the lines’ is part of ‘pit’, an artistic trajectory with works by some ten artists in the region of Borgloon-Heers (in the Flemish province of Limburg). ‘Pit’ will be the first part of the exhibition project Z-OUT, an initiative in which Z33, the contemporary art museum of the city of Hasselt, presents art in public space (see also www.z33.be). On September 24th, Gijs Van Vaerenbergh will reveal a construction in the rural landscape, by a cycle route, that’s based on the design of the local church. This ‘church’ consists of 30 tons of steel and 2000 columns, and is built on a fundament of armed concrete. Through the use of horizontal plates, the concept of the traditional church is transformed into a transparent object of art.

Depending on the perspective of the viewer, the church is either perceived as a massive building, or dissolves — partly or completely — into the landscape. Those viewers that look from the inside of the church to the outside, on the other hand, witness an abstract play of lines that reshapes the surrounding landscape. In this way, church and landscape can both be considered part of the work — hence also its title, which implies that to read between the lines, one must also read the lines themselves. In other words: the church makes the subjective experience of the landscape visible, and vice versa.

‘Reading between the lines’ can be read as a reflection on architectural themes such as scale, the ground plan etc., but the project also emphatically transcends the strictly architectural. After all, the church does not have a well-defined function and focuses on visual experience in itself (one could even consider it to be a line drawing in space). At the same time, the construction demonstrates that this experience is in effect a consequence of the design, since it explicitly refers to the various stages in its conception: the design drawing, the model… Apart from that, because the church does not fulfil its classical function, it can be read as a heritage related reflection on the present vacancy of churches in the area (and their potential artistic reuse).

All these layers merge in one work of art that is open to various readings, from a strictly architectural one to an artistic one. At the same time, ‘Reading between the lines’ is an accessible spatial intervention that gives, among others, a cyclist that happens to ride past, an unexpected visual experience. 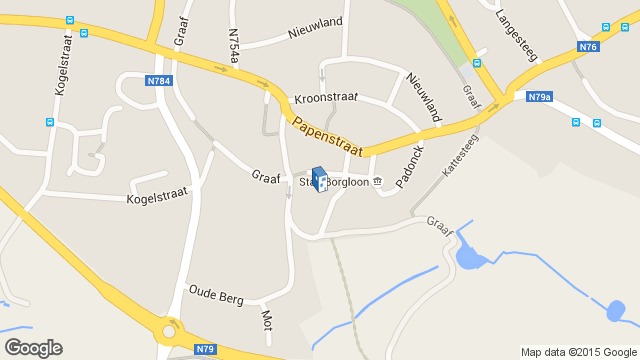 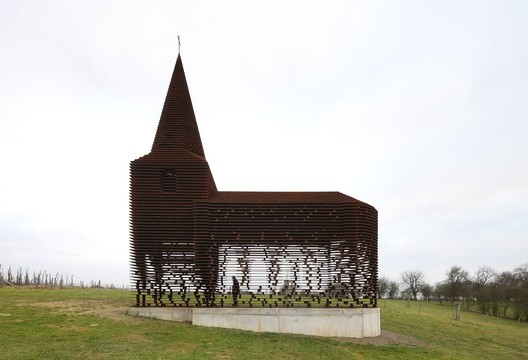