Save
Klyde Warren Park / The Office of James Burnett 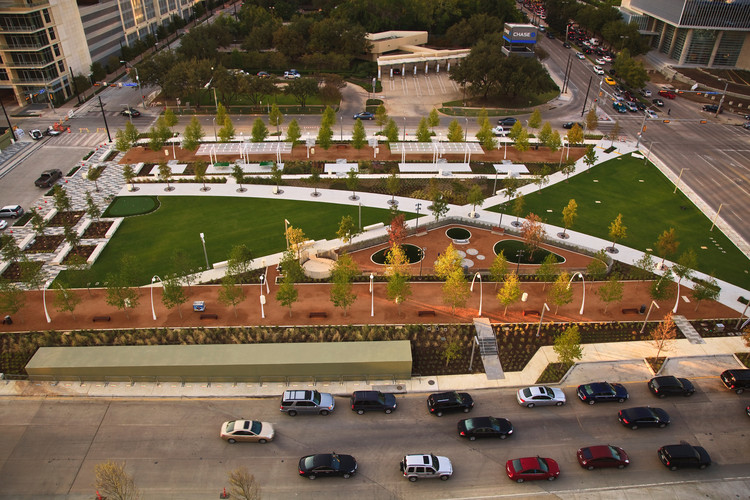 Text description provided by the architects. Designed by The Office of James Burnett, Klyde Warren Park serves as a central gathering place for Dallas residents and visitors to enjoy in the heart of the city. The 5.2-acre park creates an urban green space over the existing Woodall Rodgers Freeway between Pearl and St. Paul Streets in downtown Dallas. The Park includes a performance stage, restaurant, dog park, children’s park, great lawn, water features, Texas native gardens, shaded walking paths, an area for games and much more. Klyde Warren Park is planned to be a hub of activity with four to five events per day. Programming will be free and ranges from yoga and boot camp, to dance classes and chess tournaments, to movie nights and outdoor concerts.

“We created the Park to be enjoyed by all,” said James Burnett, FASLA, founder and president of The Office of James Burnett. “The park is designed as a series of outdoor rooms that are continuously changing and fascinating for visitors.”

The Park creates a front lawn for the city’s Arts District, the largest contiguous cultural district in the U.S. The increased foot traffic should be catalytic for the surrounding arts institutions and street-level business opportunities. Klyde Warren Park will also promote increased pedestrian, trolley and bicycle use between Uptown, Downtown and the Arts District, contributing to a more walkable city center. Connectivity is central to the Park's purpose. 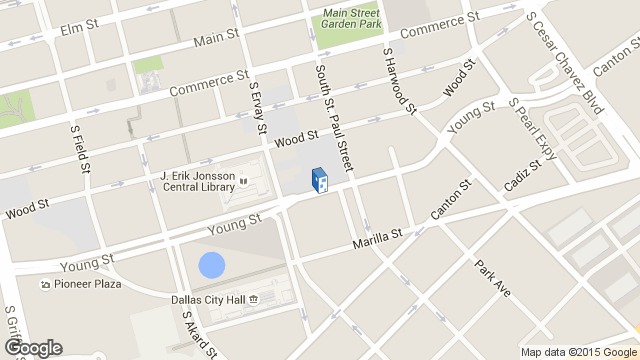 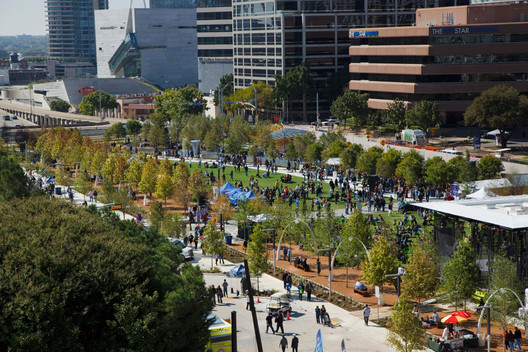