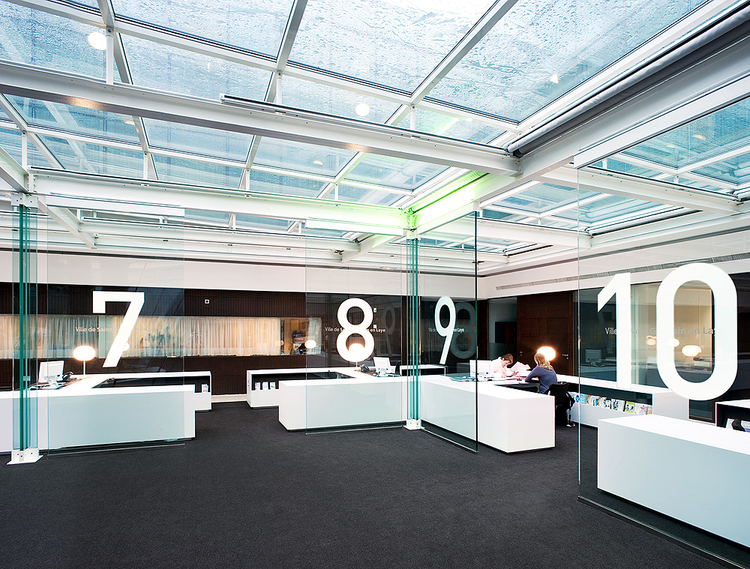 Text description provided by the architects. The new design of the administrative center was guided by two main questions: the management of streams and organization of the new management system for the reception. We wanted to answer these preoccupations of usage through an refurbishment which marks the change without striking a blow at the aesthetic coherence of the building conceived and realized by Brunet Saunier Architectes in 1995.

The various spaces and the functions of the place were treated by simple volumes, realized in a uniform way while watching not to multiply the number of different materials.

To improve the management of streams, the space of the hall was recomposed according to the axis of the building. In the continuation of the entrance doors the new bank of reception, steers on both sides of the main elevator, the stream of the visitors towards the zone of reception. To channel the visitors, glazed walls were implanted in both sides of lateral passages. In alcôves so created can be found the "public inquiries" on one side and of the other one « conviviality space » grouping together « coffee point » and an Internet terminal in direct relation with the hall.

The white stone, dresses the ground, the reception bank and the tables which by their monolithic treatment seem to appear from the ground. The wall stone, identical to that existing, comes as for her to dress the vertical walls. This treatment allows to have a more luminous and uniform hall while marking in a evident way the restructuring of the place.

The organization of the space Atrium joins in the same initiative as the main hall. The axis of the building is also underlined by the disposal of reception desks arranged in crown around the patio.

The setting-up of new reception desks, parallel to the facades of back office desks, assures the privatization of workspaces and a bigger confidentiality for the public. This furniture was realized in white CORIAN, long-lasting composite material, to offer a continuous treatment (without joint) on big lengths so marking in a evident way the separation between the private space and the zone receiving the public.

The glass, as an element structuring the space joins logically after the architectural concept of origin (window supported by glass pillars). Large glass panels screens supporting identification numbers of desks were installed to create separative partitions and assure the confidentiality.

To increase the contrasts and give a new identity to the place, the ground of this public zone was treated with a dark carpet and the wood of the existing walls received a derker tint. Inlays of dark wood also come to mark certain functions of the white furniture.

The new seats in the hall and the atrium creates a colored punctuation stressed by its free forms which contrast with the rigorous geometry of the place. 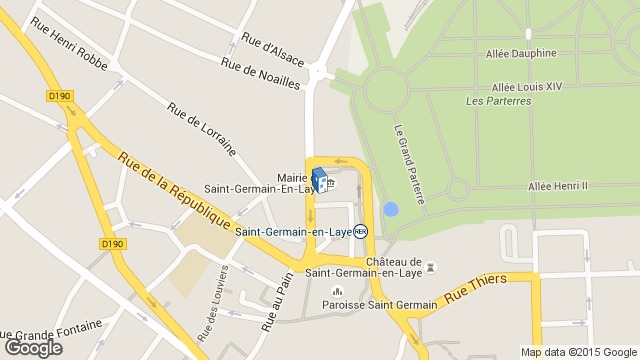 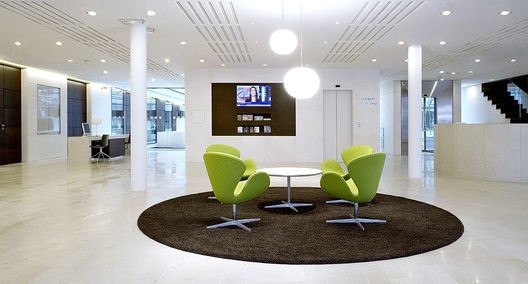