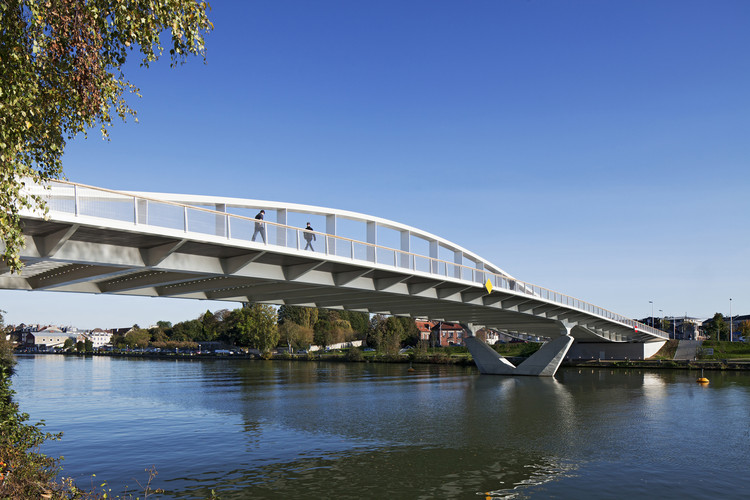 Text description provided by the architects. The Compiègne bridge designed by Explorations architecture has won the prestigious 2012 Structural Award for best Highway Bridge given by the Institution of Structural engineers.

Delivered at the end of 2011, the 150m bridge is the first urban crossing to be built in the city since world war two. The bridge is part of a major urban renewal scheme – also lead by Explorations architecture - on both banks of River Oise.

With its gently curved deck and sinusoid structure, the bridge is an iconic yet very sensitive structure in the protected river corridor. The shallow deck is entirely made of steel and is supported on a V shaped concrete pier. The slender design is enhanced at night with low energy LED lighting built in the handrails and within the structure. 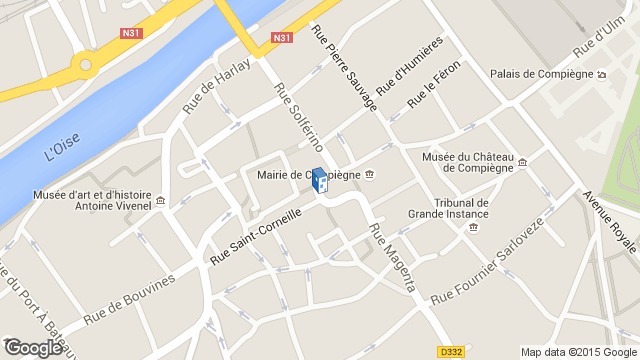 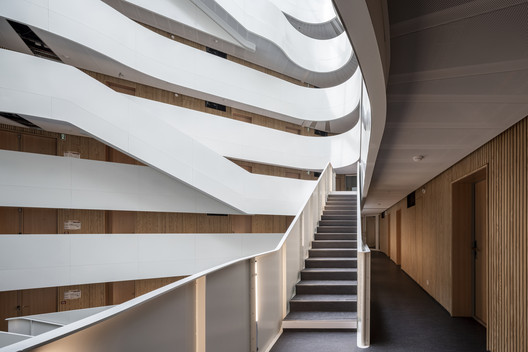 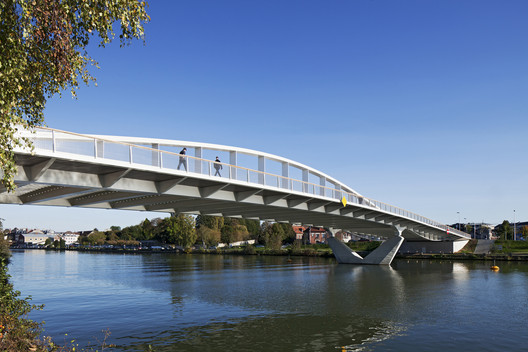