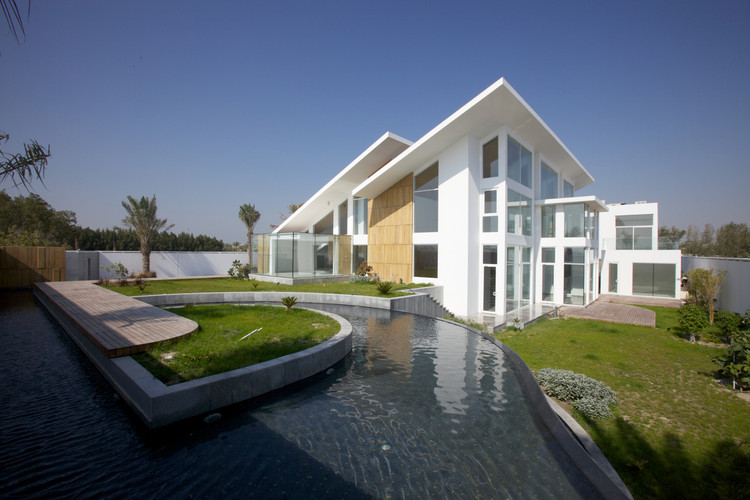 Text description provided by the architects. In an altitude of deliberate self appraisal, the house  situated in the north western part of Bahrain in an  area called Hamala shoots up from its entry point at western side and forms almost an iconic structure of twin  slopes , recognisable from  far away . The western side protects it from the extreme sun in summer.An extension on the north eastern side houses a few bedrooms+deck .The landscape is well integrated with the  various changing levels of the inside, designed on split levels where nothing is very far away, and every level opening  into its landscaped area and part of the house is dugged in to escape the summer heat and part of the house sits a top the ground with lots of glass to enjoy  the winter .The service areas are arranged in the centre of the house and all the living areas and bedrooms are in the peripheral areas to make maximum usage of light, ventilation views,etc.