Text description provided by the architects. The Bicentennial Civic Center will be the first administrative complex to have been designed specifically for that end by the Province of Córdoba, Argentina.

It is located on the edge of the historic center of the city, on a lot that used to belong to the railway tracks.  One of its sides, measuring more than 700 meters, was adjacent to the River Suquia,  and constituted a physical barrier drastically separating the neighborhoods on both sides of the river.  This new urban operation will help diminish the image of the river as backyard of the city, thus transforming the whole sector into a new downtown front.

In order to enhance this transformation, new vehicular infrastructure consisting of two bridges across the river and connecting roads has been built; and the landscaping of the River Suquia Promenade -started many years ago- has been completed.  The Civic Center  will be built in three stages; stage one (which has recently been completed) consists of two buildings, A and B.

Building A
A medium-rise building housing the ministries dominates the complex: a faceted prism made out of concrete.  It is based on a square cuboid 45 meters high and with a side measuring 26 meters, which at a height of 16 meters suffers a 20-degree rotation.  This movement generates a more complex morphology based on triangles, which in turn produces a very particular play of shadows and light.  To avoid the flat character present in the early studies for the triangular facades produced by the rotation, a series of geometric rhomboid-based combinations were explored in order to instill tri-dimensionality to the very planes of the facades.  The prism is placed over a shallow pool, which can easily be emptied to work as a civic plaza housing events.

Building B
In contrast with Building A, Building B is a horizontal slab and houses administrative functions.  It is placed over a concrete base incorporating parking and areas that foster interrelationships and social events.  Its language is related to that of Building A, including the rhomboids but changing their scale.

On top of this rests a green volume, which is enclosed by a metal mesh enabling deciduous vines to climb freely.  The vines help regulate temperature, allowing sunshine to reach the building in winter while sheltering it in the summer.  The roof is also green and is covered by grass and flowers.  The extension of this building means there is a large area free of partitions so that offices can be arranged as desired.

The Governor´s house is placed over this plane and consists of a single story freestanding object with mirror-clad faces, with alternating reflections of the sky and the green plane over which it rests. 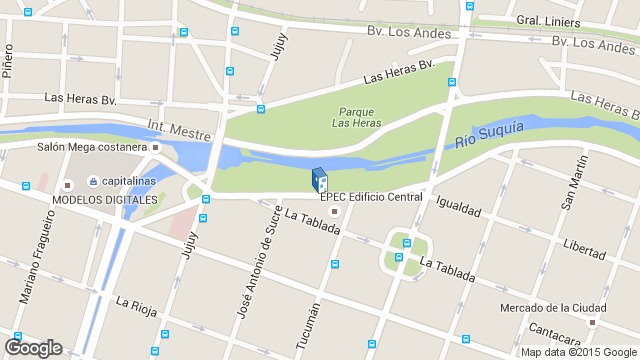 Location to be used only as a reference. It could indicate city/country but not exact address.
Share
Or
Copy
About this office
Lucio Morini
Office
•••
GGMPU Arquitectos
Office
•••