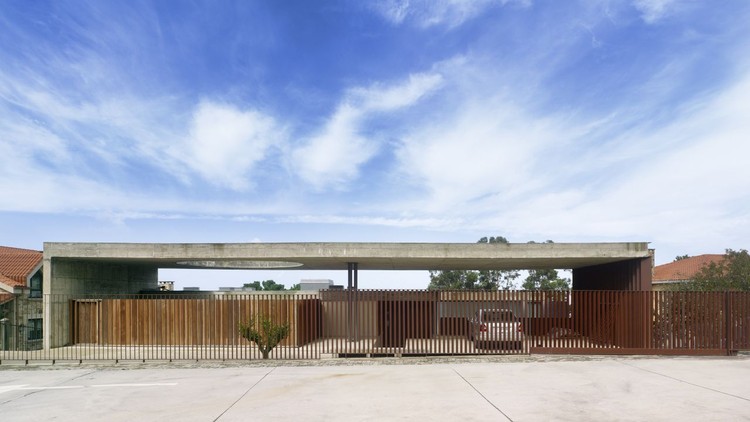 Text description provided by the architects. The house A5 is located in a residential area on a hillside overlooking the sea of the Bay of Corunna. A plot strongly conditioned by its slope but also by code regulations that restricts the height and the position of the house inside the lot.

With these limitations, the volume is the result of satisfying both constraints and adapting to the topography. The result is a stepped volume that accompanies the hill. To comply with the program, the house has to be partially buried, and therefore the volume is broken with two large patios to allow natural light in the buried areas.

In response to an unique natural landscape, the house has been designed with the intention of disappearing with the surroundings. As a result the house is more the sum of a set of empty volumes than a clear object.

Therefore the project proposes to recover some concepts, which are common in traditional Galician architecture characterized by certain ambiguity as a result of a lack of boundaries between public and private, and between the inner and outer spaces.

These type of popular architecture common in rural villages of Galicia, are the result of a complex relationship with the outside and sophisticated adaptation to the climate. In that sense the A5 house tries to appropriate these concepts and achieve certain ambiguity on its limits, which allows an intense relationship between the house and the land, between the exterior and the interior, where the anonymous and ambiguous in consequence become values for our proposal. 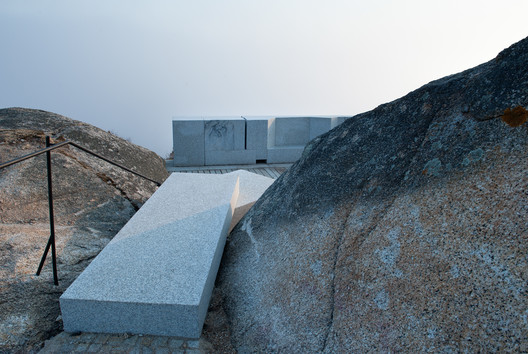