Text description provided by the architects. The decision to build a nursery in this area tries to solve an historical lack of such services, widespread at citywide. The location of the building in a development area, next to a marginal zone, becomes an important point of the project, in addition to the morphology of the plot, not particularly suited to outdoors functions that are supposed to a building of this type.

The social environment of the building is characterized by an extremely contrasted character, where social housing and high cost housing living on both sides of the street. This has caused a certain hermetic attitude of the high-cost housing, caused by excessive extroversion of social housing tenants, who make the street an extension of the house. Undetected relations between the two types of residents, unless the offer of social housing residents to work as guards of new residential buildings, which is quite ironic. Furthermore, the City Council has planned a concentration of school equipment in order to facilitate relations between these.

This has generated a certain kind of tensions in the planning phase of the project, which has induced, in some way, an introverted character of the building, but the basic approach is to not turn away from that reality. The administrative area and professors are set at San Juan de Aznalfarache Street, next to the aforementioned marginal zone, orienting classroom to south and east, on the opposite side of the plot.

This configuration, together with the rectangular shape, very elongated, causes the appearance of a series of courtyards that articulated the interior of the building. Over this organizational scheme stands a continuous deck, which rises controlled in certain ponts to generate some skylights that illuminate the interior of the distribution areas and give indirect lighting to classrooms.

There are two fundamental aspects that link the building with the public promotion that generates it: 1. The search for a low maintenance and energy consumption. Highly durable materials such as zinc, concrete and HPC, and controls energy consumption and support renewable energy are used, and 2. The possibility of using of the building out of school time as a meeting facility of potential neighborhood associations, by configuring of control and access area, along with the multi-purpose room and kitchen-dining room, separating these rooms from the rest of the center. 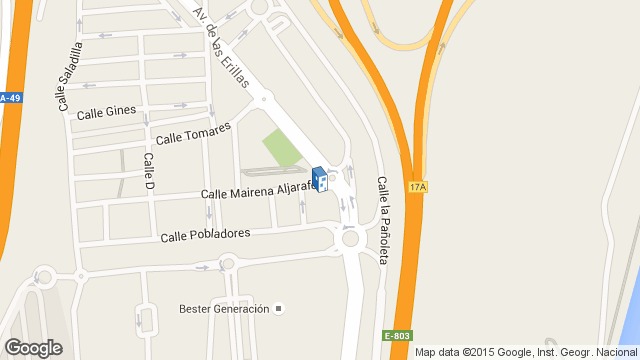