Save
A Circle in a Square / Binocle 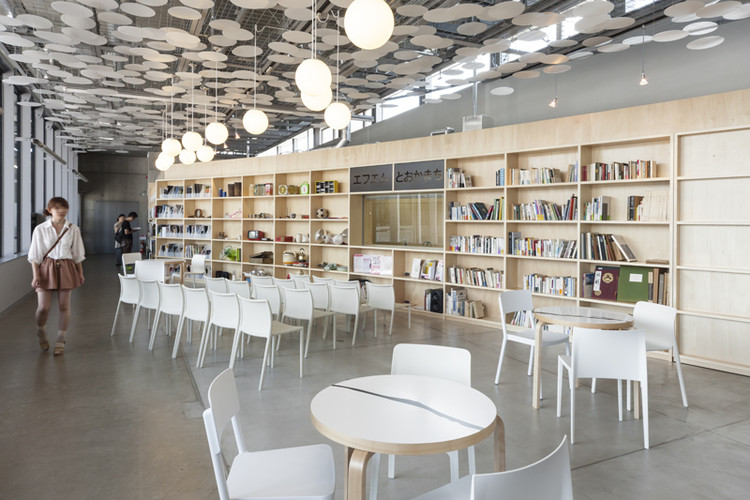 Text description provided by the architects. Novalis noted that “The curve is the triumph of the freedom on the rule”, Giovanni Lindo Ferretti used to sing that “Straightness is for hastiness” and Oscar Niemeyer kept on explaining: “It is not the right angle that attracts me. Nor the straight line, tough, inflexible, created by man. What attracts me is the free, sensual curve. The curve I find in the mountains of my country, in the sinuous course of its rivers, in the waves of the sea, in the clouds of the sky, in the body of the favorite woman. Of curves is made all the universe.”

In November 2011 Art Front, a Tokyo-based gallery, asked the Italian artist Massimo Bartolini to design a 470 sqm room situated in of the four sides of the Satoyama Museum of Contemporary Art, KINARE in Tokamachi City, Echigo-Tsumari region, Niigata prefecture, Japan. Designed by Japanese architect Hiroshi Hara, the museum was built in 2003 and was among the elected locations of the Echigo-Tsumari Art Triennale 2012, a prestigious international festival. The task was to conceive something in between a permanent art installation and an architectural space to host and combine different functions serving the museum: a bar, a restaurant, a bookstore and a local radio station. For these reasons Massimo Bartolini decided to develop the project together with the architect Lorenzo Bini.

An imaginary Circle of 35 m radius, inscribed in the perfect Square of the Museum plan, is the action that originates and organizes the entire project. A curved wooden bookcase, built on the circular arc that crosses the long rectangular room (54 x 8.5 m) on one side of the square, marks and defines – together with the wide glass window on the inner court of the building – the space of the bar and the restaurant. The bookstore and the radio station are placed on the back of the bookcase, are connected with the main space through wide gaps - either completely open, or isolated by glass sheets – and are served by two main entrances at the two edges of the rectangle.

The bookcase works as the background of the room and can be perceived in two different ways: from the outdoor space of the court it offers a front view and looks calm and flat while from the interior space of the bar it can only be experienced through a foreshortening perspective that emphasizes the intense and extreme nature of the curve. In addition to its spatial function, the bookcase functions as a container of things. Serving as the actual storeroom for the bar and for the bookstore, its shelves host and display stocks of books and provisions of alimentary goods that are preservable in unrefrigerated environments (rice, beverages, spices, etc...). Yet there are many other objects with less defined functions and sometimes enigmatic appearances animating the bookcase. Through the collaboration and the involvement of local communities the curved wall is turned into a sort of 'museum inside the museum' where everyday objects, handicraft products, handmade articles, memorabilia, knick-knacks are continuously exhibited, replaced and exchanged with the principle of the object-crossing. Anyone willing to possess one of the displayed objects is allowed to have it, the only condition is the substitution of that object with another from your own. Thus the background of the restaurant becomes, more than a mere container, an always changing Wunderkammer whose artists, collectors and curators are the visitors of the museum.

At the centre of the room - between the new bookcase and the existing glass window - a black parallelepiped volume with a steel structure and a gypsum board covering, 10 m wide, 4 m deep, 3 m tall, hosts the kitchen and the counter of the bar. The relation between circle and square, curve and straight, freedom and rule, can be found - as well as in the contrast between the two main architectural elements of the project (the curved bookcase and the boxy kitchen volume) – also in the detail of the bar stools.

The round Artek tables are customized through the marquetry of fragments of the outline of a local river, the Shinano. Usually randomly placed in the room, the tables can be combined – in occasion of openings, ceremonies or anniversaries – to compose the river course. Two clusters of hanging spherical lamps, laid out according to the same path of the Shinano, float under the ceiling as clouds to mark the position in which the tables can be juxtaposed.

Suspended above the lamps, connected to a dedicated grid by thin metal rods, 2000 polycarbonate disks cover the entire surface of the room. Randomly grouped and connected to a series of small electrical engines, these very light translucent circles suddenly start to slowly revolve on their misaligned hubs, magically giving life to the space below. This almost imperceptible movement recalls footages of pulsing organisms continuously reproducing themselves. This installation, enhanced during the Echigo-Tsumari Triennale by a soundtrack care of German artist Carsten Nicolai, is the most fragile – but also the most powerful - element of the project and can be perceived both from the interior of the restaurant and from the large square court at the centre of the museum. 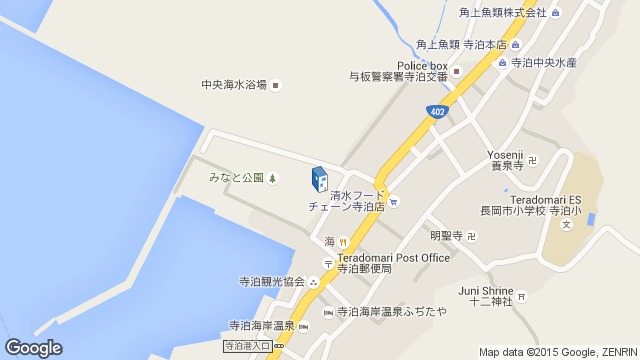