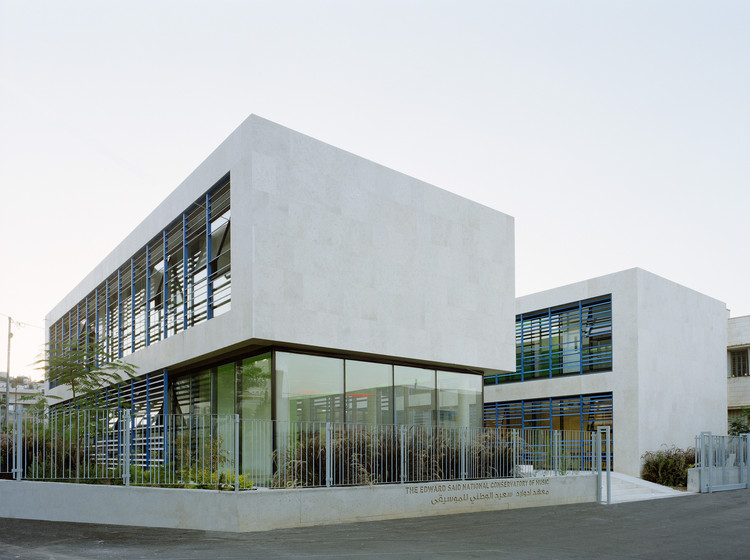 The national conservatory is inspired by the local architectural cultures and the typologies of the traditional Palestinian houses. The aim of the project was to question the disappearing traditional typologies, by extracting their characteristics and placing them in the heart of a project with a specific function. The concept had to provide an appropriate functional architecture, taking into consideration contemporary Palestinian lifestyle while revisiting historic filiations.

The central patio is a key element of the project, acting as an urban piazza opened towards the city and as a space regulating the climate. The spatial relationship between indoor and outdoor spaces that is inherent to Palestinian Hoshs offers a rich living space with a multitude of ways of occupying it.  At the image of the Hoshs, the patio of the conservatory keeps opened one of its sides to the city and to the Bethlehemites thus enhancing citizens to get absorbed by this space.

The massing of the building,  based on a strong clear stone volume has been developed to maximise the effectiveness of natural ventilation and daylight through the spaces, and to orient the visitors to the main urban porosity of the project : the cultural hosh.  This urban space serves as a link to the different functions, and invites the students and vistors to linger and relax. It can absorb different sorts of cultural manifestations.

The facade stones have been machine cut to form a monolithic wall with joints that are hardly visible, emphasizing the different tints and textures of the stones.The white local Sour Ma’in stone used on the facades, floors, walls in outdoor and indoor spaces, gave us the opportunity to explore textures, finishes, and construction details adapting to the different uses. At the image of the traditional “mousharabiyehs” found in the vocabulary of the traditional architecture of the old Palestinian cities, the envelope provides a strong identity to the building, gives a kinetic aspect to the facades, and interacts with sun radiations according to orientations and seasons of the year. The envelope is composed of different shades of blue, which vibrates according to the light of the day.

The process of starting as a punctual architectural intervention and progressively expanding to an urban operation, pertains to the way of imagining Palestinian sustainable cities. 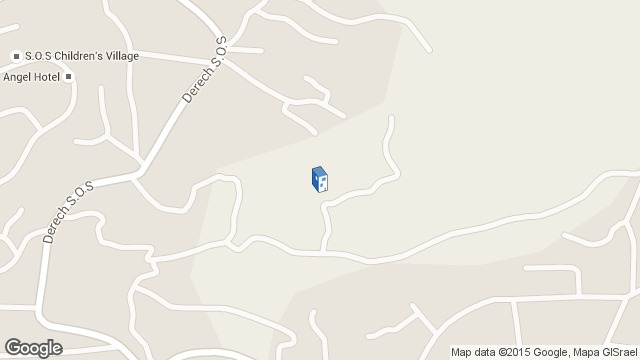