✕
Save
Tower B1 / Valle Architetti 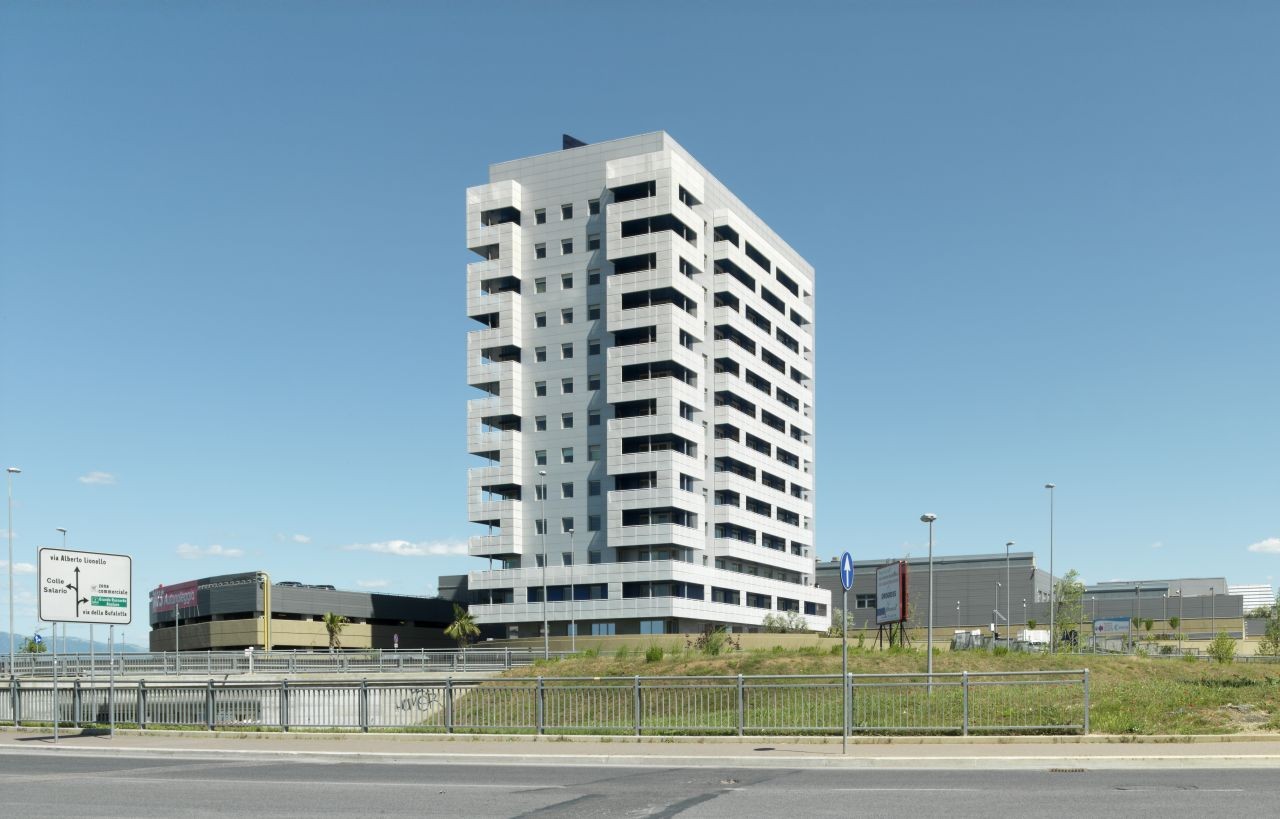 Text description provided by the architects. Tower B1 is part of the Porta di Roma shopping centre, designed by Valle Architetti. This large multi-functional centre is part of the Urban Plan of the Bufalotta district, a settlement of 10,000 inhabitants with housing and services situated along the GRA ring road to the north of Rome and was also designed by Valle Architetti.

The shopping centre is a large multi-storey building with two levels for underground parking and two floors above for shopping arcades and offices. On the outside the building is organized into a series of external terraced squares that join the various shopping areas. The entire structure is covered by tufo sandstone-coloured prefabricated concrete panels and seems to be a kind of artificial terrain from which towers of skylights jut out and light the interior arcades and, of course, Tower B1, all finished with metal cladding that stands out in the general skyline. Tower B1, the last construction of Porta di Roma, was initially planned to accommodate a hotel. Its intended use was later changed during works following the rediscovery of important archaeological remains in another plot of land which was to be used for accommodation and offices in the Bufalotta Plan, which led to the transfer of the planned facilities to the present building when its structures had already been completed. This random incident led to an important review of the design but it was absorbed well by the flexibility of the standard floor already designed to accommodate various functions and the addition of loggias that enlivened the facÌ§ades.

Tower B1 has parking areas in the basement shared with the shopping centre, as well as a floor with entrances, common areas and three apartments with a garden, five floors of offices and 7 floors with residential apartments of various sizes. The standard floor, designed with a communal staircase, central corridor and studio flats of 32 square metres, was transformed into two-room apartments of 60 square metres that take the place of two hotel rooms from which a bathroom is subtracted. On the west side there are two larger two or three room apartments on the side with the best view. On the floor of offices, one office unit takes the place of three hotel rooms. The distribution of the standard floor is therefore flexible and can be adapted for different functions and sizes.

On the facÌ§ades the transformation into residences and offices has been characterized by the addition of terraces for the new apartments. To avoid a series of repetitive isolated terraces, the exteriors have been grouped into volumes of loggias clad with micro-perforated sheets and characterized by a pattern of alternating bored-holes on each level. They create a pierced screen that has the appearance of a fabric on the facÌ§ades and cross-stitching on the corners of the larger apartments to the west. White screens cover blue loggias, while the main volume is metalized silver: all the exteriors are clad in high density HPL in these two colours. On the south- east facÌ§ade, where there are no terraces, instead a graphic motif has been created similar to that of the loggias in blue crystalline photovoltaic panels: this is the first entirely photovoltaic facÌ§ade in the city of Rome, with photovoltaic panels connected to electrical sensors that power the condominium water heating and electricity systems. An additional triangular volume covered by photovoltaic panels can be found on the roof covering the technical volumes. Tower B1 at Porta di Roma is characterized by functional flexibility, volumetric organization, different spatial planes on the facÌ§ades, and energy innovation. 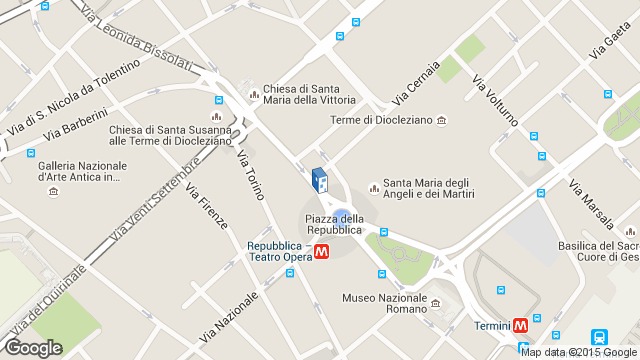 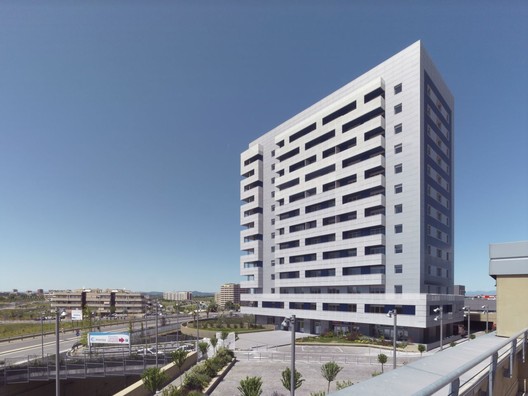