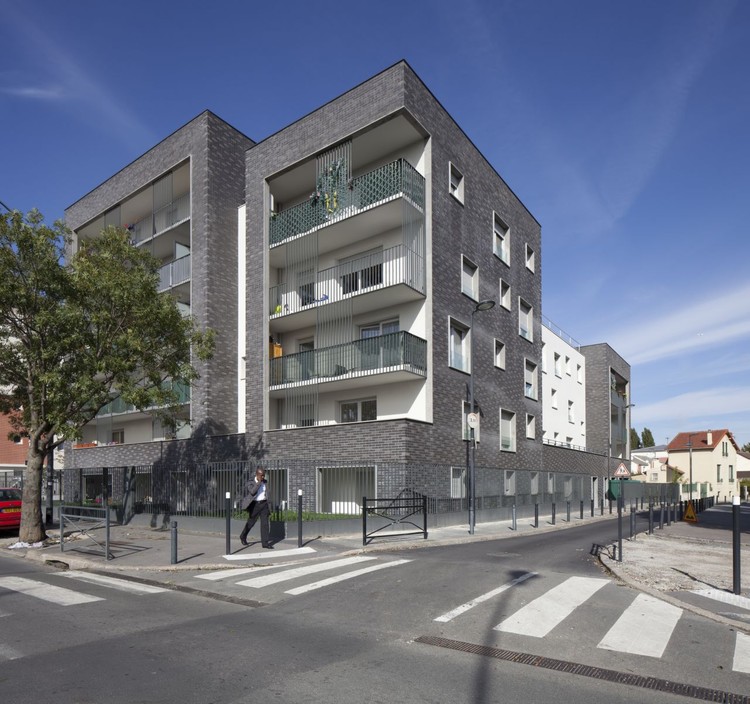 Text description provided by the architects. Located at a crossroadsin the City of Saint-Denis, the site faces and links different urban scales: new apartment housings to the west, suburban housing to the north, a school to the east and a sport center to the south, offering distant/far views.

The project of 30 social housing is organized into a dense volume, the driving force of a dialogue between the heterogeneous architectures of the neighborhood. The shape of the volumes sharpens the project into vertical lines, whose height varies from three to five floors.

Apartments are organized around two vertical distributions, restricting circulation space in favor of living space.Most of the apartments have several exposures, because of the different situations offered by the building. Each apartment has an outdoor space, dug into the facades. Foreground facades are covered by black bricks, while background facades are white. South and East loggias are sheltered by vertical aluminum tubes that also serve as a balustrade. Windows form the pattern of the facades, outlined with stone frames.

Plans of the apartments have been optimized to reduce the surface of the corridors. Generous openings light up all the rooms including kitchens. The project is part of an environmental approach, respecting the THPE 2010 objectives and the CERQUAL profile A certification. To achieve these objectives, thermal insulation of the building is reinforced and all thermal bridges phenomena are reduced. The compact construction also minimizes heat loss. The project takes advantage of solar gain related to the orientation of the site. This project is a simple answer to sustainable development concerns and to a particular urban context. It is an ambitious project for a social property developer who has transformed an ordinary commission to provide quality housing with generous living spaces. 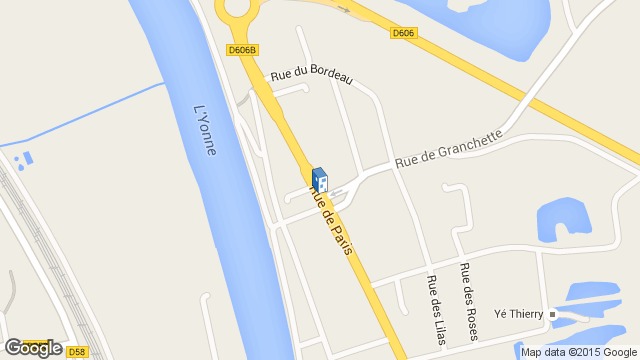