Text description provided by the architects. The location of the site is in the ‘Midtown District’ near downtown Oklahoma City, OK. This area is an integral part of the current renaissance of Oklahoma City and has seen a dramatic increase in both the redevelopment of existing buildings as well as new infill commercial and residential housing projects. To meet the needs of building tenants for protected parking in the urban environment the client opted for a central parking area for several buildings as opposed to separate parking lots. Covered parking is viewed as an added amenity in Oklahoma primarily due to weather concerns.

The design solution was to provide protected parking and pedestrian areas while maintaining visual openness for security of the users. To keep the structure as open as possible a cantilevered framework was used to minimize the number of columns. The perimeter fencing incorporates a lighter steel framework that serves as a tie-down for the cantilevered beams so that the size of the structural members could be minimized. The fencing is an expanded metal screening with a powder-coated finish riveted to the framework. Cove lighting above the perimeter fencing provides a dramatic accent to the red panels from both sides and also serves as security lighting.

Additionally, the design team worked with the client to raise the level of expectations for a parking structure to also become a public amenity. The structure though conceived as utilitarian, also is designed to create a sense of place and was outfitted with additional electric and lighting measures to accommodate its transformation into a market and event space. Within a month of being completed, a charitable fundraising event has already taken place in the guardian parking to a sold out crowd. 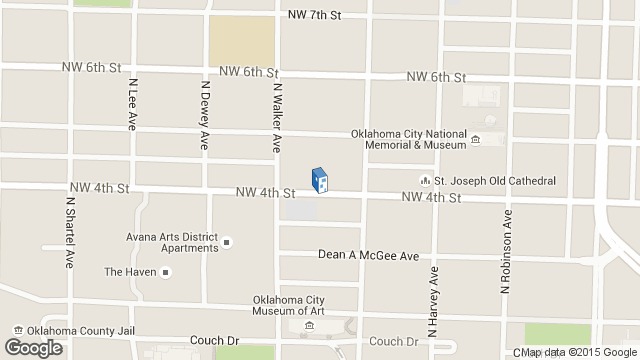