Save
Footbridge in Ljubljana / Arhitektura d.o.o. 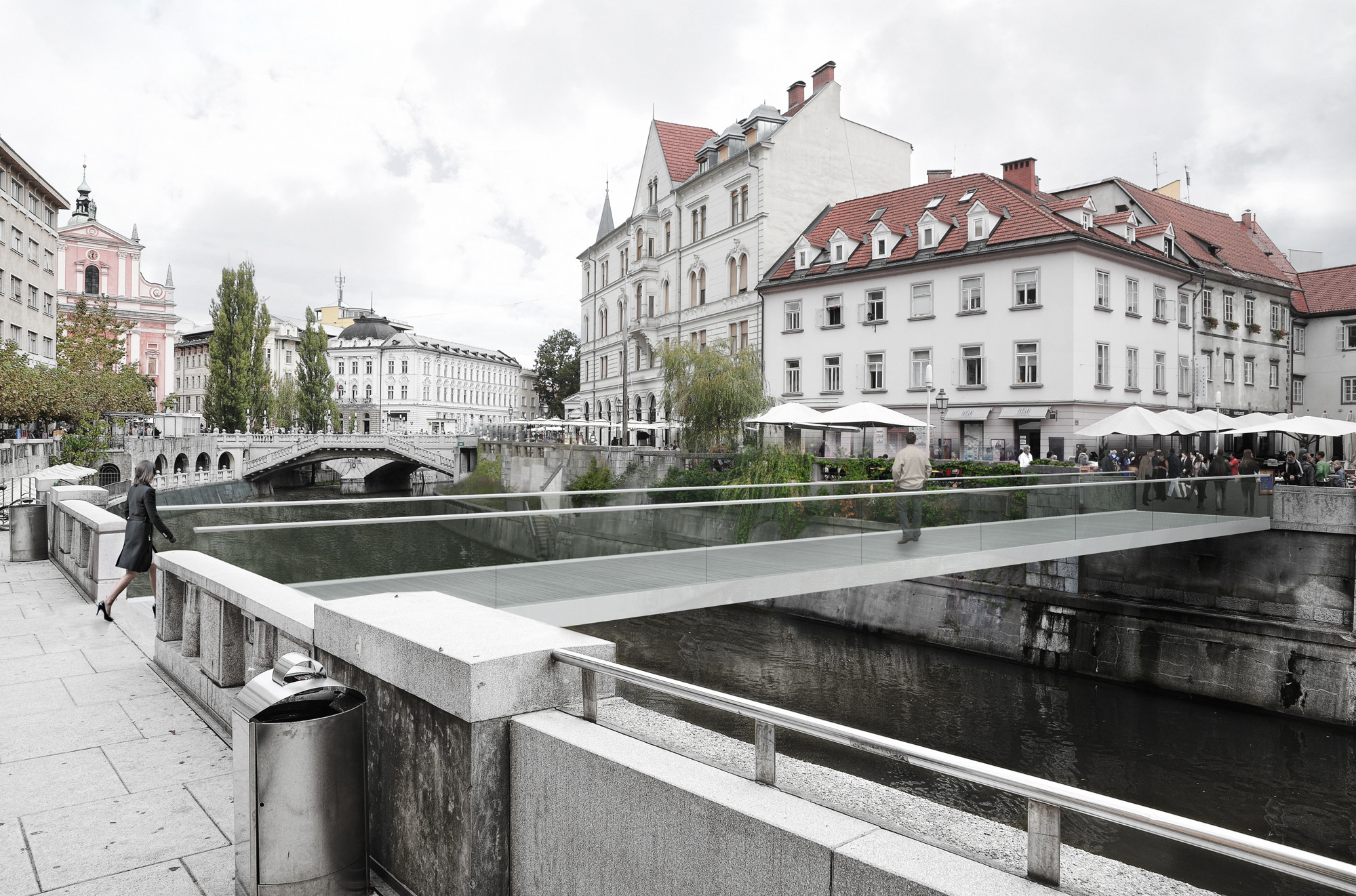 What should therefore the new footbridge be like? If we are looking for a solution in the new spatial and program formats, then the possibilities are countless; and vice-versa, if we want to emphasize simplicity and discretion, all solutions are pointing toward a single final solution. The question arises, how to realize Plečnik’s idea? Should one design a prominent authorial object with a strong presence in the river corridor, or just the opposite, a discreet, quiet architecture, which dwells over the river almost as an immaterial idea of a bridge? Both solutions are possible and legitimate.

Our aim was to design a bridge that has a construction as thin as possible, and bridge railing as transparent as possible. In this project we used all our previously gained experience with steel construction design and realization, as well as the use of new materials and technologies. As mentioned, in this kind of approach all solutions lead towards a final form, where it is impossible to take anything away or further thin down the construction and thus the shape. This makes solutions of this kind similar and the achievements are measured in terms of centimeters and decagrams – while in terms of form, despite the small differences - they contribute to the elegance of the design.

Towards the edges, the deck narrows to mere 25 centimeters, which gives it a very elegant look. The shallow triangular cross-section of the deck sets up a dynamic visual dialogue with the views from the river. From a distance, we first see the bridge as a thin side ridge with one of the lower suspension panels of the deck. The latter is, as we are approaching the bridge, widening visually and developing under the bridge an entire view of the bridge deck. Finally it narrows to a perception of one of the bridge panels.

The deck in its lowest point almost touches the central arcade opening of Plečnik’s Makalonca façade and is removed from it with a distance. The deck is off-white in color which corresponds perfectly with the surrounding riverside area, while at the same time the reflections from the river create a play of light and shadow on the lower surface of the bridge. Together with the mentioned visual dynamics it gives the bridge an interesting kaleidoscopic feeling. In connecting the deck to the shore and designing the fastening and setting up beds we decided for an ‘’archeological’’ approach. In this way we preserved the original appearance of the existing shore facades, (although they are in parts minimally covered by diagonal profile of the bridge deck). For this purpose the foundations and the beds are concealed behind façade surfaces – near Makalonca the bridge deck is set on a bed which is installed behind Plačnk’s façade and are, when necessary, accessible via revision shafts covered by the pavement of the riverside promenade. It is a simple, yet innovative solution to the problem, leaving the façade intact, in case this bridge will be replace with yet another solution in the future. 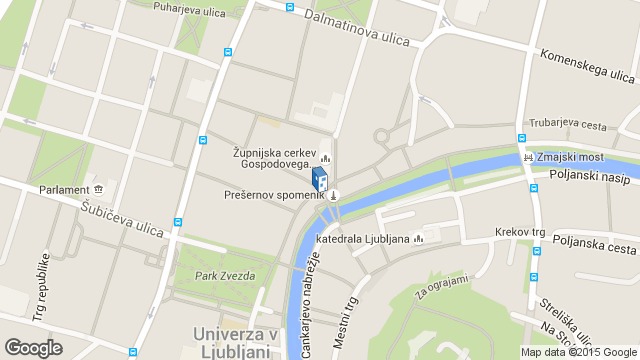 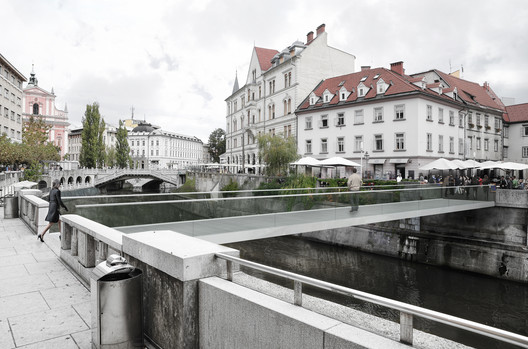