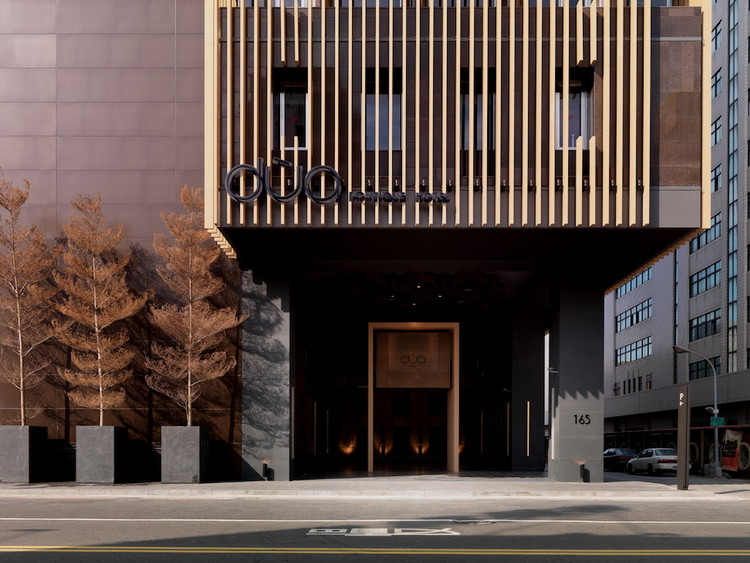 Text description provided by the architects. Occupying an existing building which was previously a departmental store, Hotel Dua is the latest addition to the hospitality scene in Kaohsiung. Determine to break away from the pervasive banality of hotel look that appeared identical be it in Kolkata or Kremlin, Hotel Dua is conceptualized with regional context in mind.

Conceived originally as an office tower but later changed to departmental store used in the midst of construction 15 years ago, the building was subsequently used as offices and later a gymnasium. As such, the designer was also given the task to alter the façade of the building, diverting away from the typical office building block look with the bands of perimeter window and composite panel curtain wall. Vertical louvers of aluminum sections with 3M adhesive films was adopted to provide a unity and calm look for the façade.

Due to site constraint, the hotel does not have a drop-off area for vehicles. Instead, a substantial portion of the ground floor was allocated as a semi-outdoor foyer with the Reception Lobby recedes further inside. This works well as the Foyer with its independent elevators are now used for outside guest to access restaurants upstairs, which are open to public, without interfering with the internal flow of the hotel.

With a backdrop restricted to limited material palette, the primary design intent is to provide the interior with a sense of serenity; a sanctuary for weary travelers. With that setting the tone, rest of the interior was complimenting it and in the process reflecting elements of local culture. These can be seen through the usage of traditional elements such as weavingpattern (hanging lamp shade/ metal screen/ reception lobby carpet), traditional Chinese ink painting (carpet pattern at typical floor Lift Lobby) and the local floral-pattern fabric (throw pillows/ table lamp base/ bathroom tiles) and etc. The effort of being regional aside, one or two pieces of contemporary classic. Scandinavian chairs were also introduced in some area. Why not? Who doesn’t love them? 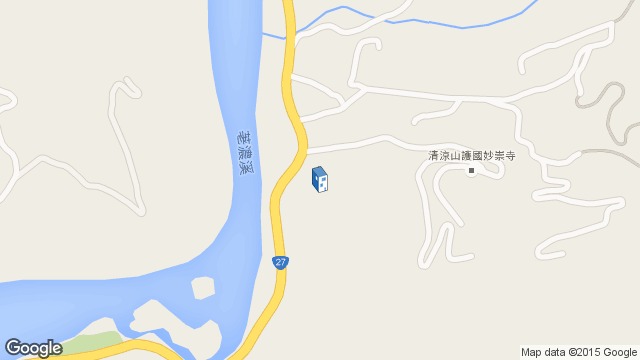 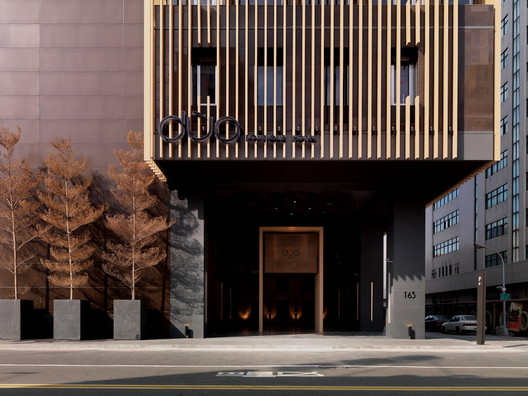