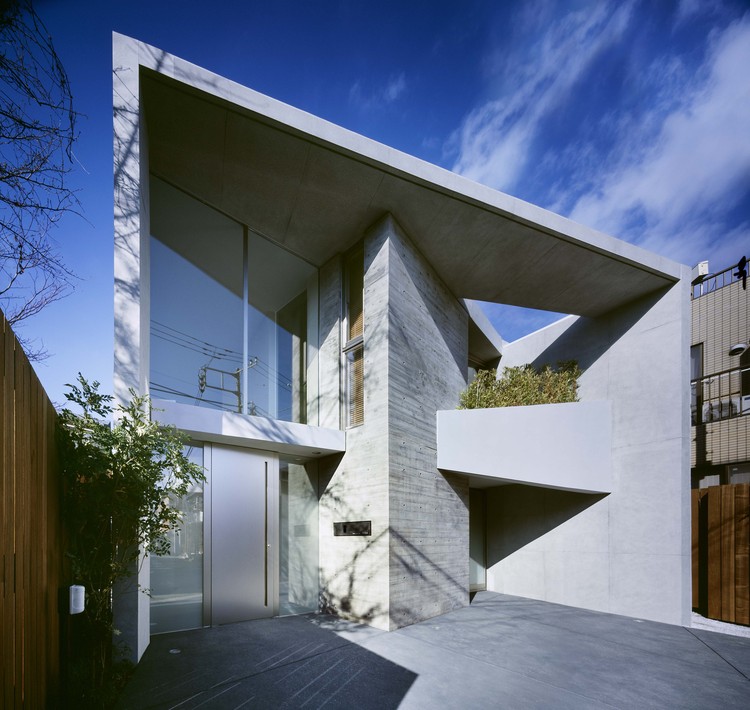 "Overcome the disadvantage of the land condition, turn it into the beauty of the architecture".

When the client found this land, we were asked to give an advice.  It was a strip of pentagonal land facing west with only a pair of parallel boundary lines. Because of this land condition, it was valued lower, almost 30% larger than regular priced lands for the same cost.  Even though, the land was such an odd shape, we were sure that we could create a house with more freedom from the extra space by giving a careful attention to improve the land's disadvantages such as an angle, orientation, height limitation and confined facade.  Therefore we suggested the client to go for it.

"Plan with no right angle"
Two parallel boundary lines became the main axis, the angle of the front street, west boundary line and angles perpendicular to it became the other axes.  We created a plan that could absorb each angle into the interior of the house.  As a result, the plan with many odd angles didn't become to interfere the space, also the odd shaped exterior and interior space became harmonic.  The front street met the land with a deep angle, and this caused a conflict between the angle of the avenue and the facade which design was determined by the function of the interior space.  So, we created the facade with a gate like structure with eaves of a roof slab and side walls to face straight to the street.  Also the contour of the sloped roof was planned to be seen horizontal from the eyelevel at the front avenue.  Because of the land being extremely thin like a strip, running from East to West, due to the consideration of sunlight for the neighbors who lived north of the house, there was a strict architecture regulation to limit the height of the house.  Therefore we decided to bring the first floor lower than the land height in order to have enough ceiling height for the second floor.  To handle this height matter (the building being lower than surrounding land), we have set the concrete intermediate floor slab to avoid the possibility of water coming into the interior space.  The west side back yard was all decked, created to bring up the viewer's focal point level gradually from the interior floor, intermediate concrete floor to exterior deck for providing the exaggerated perspective view among the crowded neighborhood.

"Rationalize the construction method, aim for reasonable but solid architecture"
The reinforced concrete walls contained insulating concrete forms.  The interior walls were directly plastered and finished with paint. The exterior walls were exposed concrete and finished with the penetrative sealer.  In order to provide comfortable living, we placed the cold/warm air in-floor heating underneath the floor.  The air circulated under the floor and finally came out through the grills located around the perimeter zones.  Its system worked as an air conditioning system combined with a radiant floor heating/cooling system. 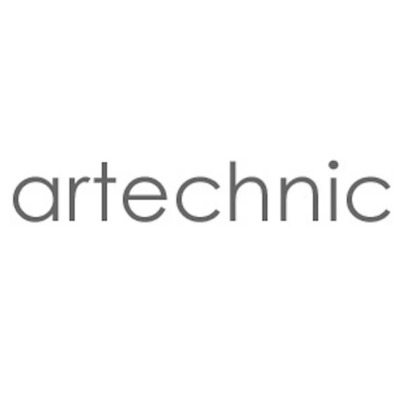 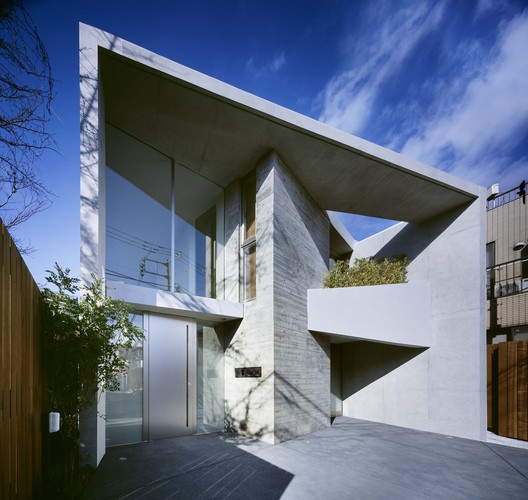