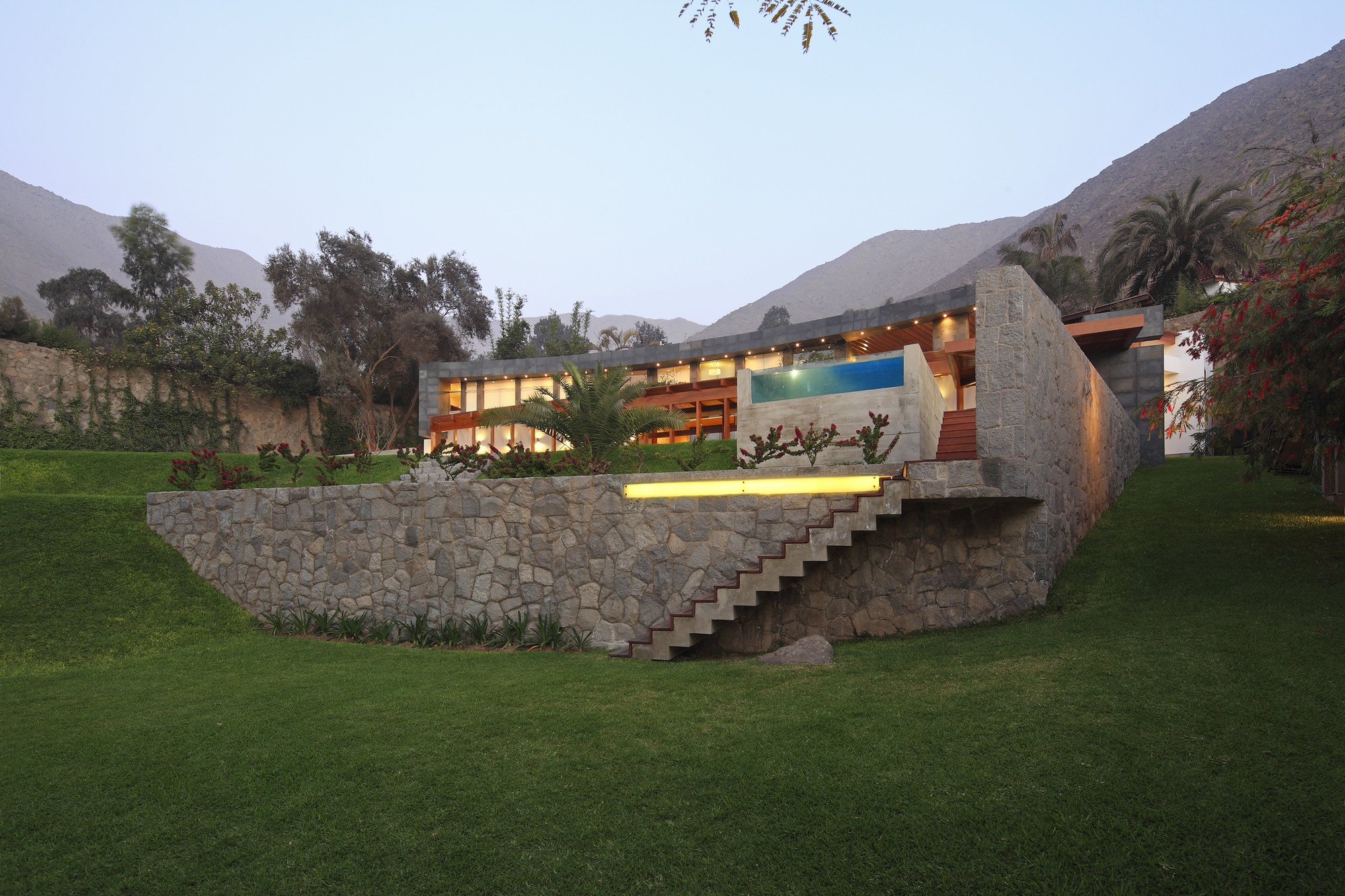 Text description provided by the architects. The Project consists of a 470 m² summer home in the Los Cóndores Country Club of Chaclacayo, north of Lima. The site measures approximately 2500 m², with an extremely irregular geometry and steep inclines, the most dramatic of which is a land depression with obsolete cisterns. To best reintegrate the unoccupied area in the lot ¬¬–its main assett– we pushed the house up against its sheerest front to consolidate the outer area before and below its line of vision. Using a very strong symmetry, the house’s shape consists of two wings in a V-shape that adjust to the terrain’s perimeter, maximizing the flat garden area at the front.

The entrance to the house is at its far left. A lengthwise, partly-covered gallery runs along the house, integrating all social areas, namely, the vestibule, the living and dining rooms, the kitchen and terrace. The second story holds the private areas: on the left wing, the childrens’ quarters; on the right one, a family porch and, at the center, atop the volume with the greatest hierarchical importance, the master bedroom, with a privileged view onto the valley.

The house is for someone very passionate about wood so we explored about its uses and different expressions. All the joints were designed to be invisible generating an apparent equilibrium between the pieces that rest one on top of the other. The wooden columns rest on an empty Corten steel frame. The floors, columns and beams of the terrace are Cumaru wood but of different qualities, the knots, streaks and natural features are part of the expression of the material. The shade of woods sticks plays with a gradient of distances that responding to the sun movement. The bougainvillea on the pots of the second floor will grow to give a colorful atmosphere into the space underneath it. Deep vein wood planks were used to form the concrete walls that frames the Olive tree at the entry. The pool has the same treatment side walls of concrete but the floor and backs are treated like a carpet of blue Mosaics. The second floor features a rusted slate surface and around the perimeter of the lot as well as the wall that delimits the pool area is built with local stone. 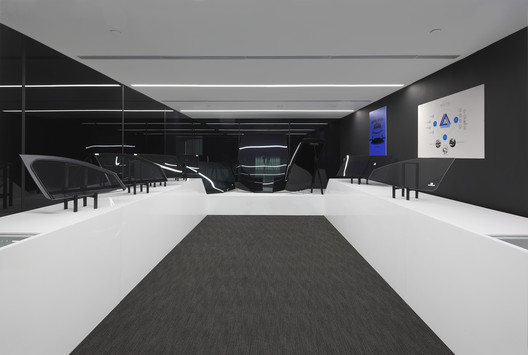 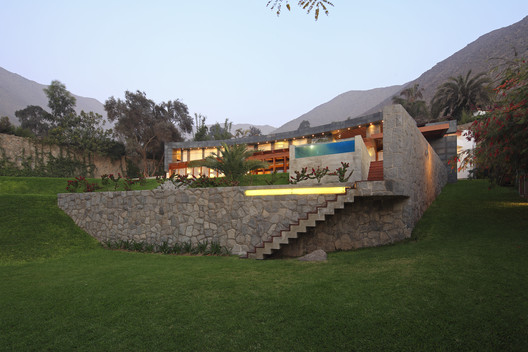